Was that Gillette ad another New Coke deal? 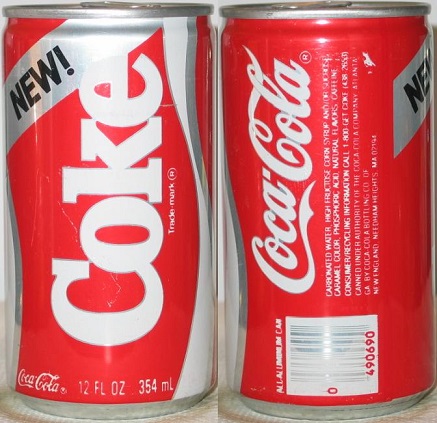 OK, I’m no marketing guy, don’t watch TV, and hate every damn thing about modern image-based advertising. Hear me out though, and see if you think this is not too wacky to be true.

Do you all remember the whole New Coke/it sucks … tastes like Pepsi/OK, we hear ya’ .. here’s Coke Classic, but there’s still New Coke/Nobody’s buying New Coke – pull it! thing? I really wondered later on whether that was all ingeniously planned. Realize that the brand loyalty was strong in the Cola "space" among Coke vs. Pepsi vs Royal Crown Cola since, like Biblical times in America. Coca~Cola had their recipe locked in some safe in Atlanta or something! Why would they have changed the recipe just for the hell of it?

Well, see, you get millions of people talking about this stupid idea of “New Coke” when the old formula had been around near a century already. Then, with maybe a loss of sales for some months (sell off Mr. Pibb* or something to cover that), you let everyone know that “hey, we hear ya! We want to please those pissed-off customers, so here’s Coca~Cola Classic. For those that enjoy the New Coke that we only, sniff, sniff, concocted to please you all, we will sell that too.” 3-5 years later, it’s gone, and nobody cares. However, the word Coca~Cola was said so many billions of more times than it would have if not for this “brilliant” scheme.

Now, you may be wondering how this is alike. I just think that some marketing muckety-muck who may think he’s a genius figures that getting people talking about Gillette razors is more important than everything else. You piss off many men, you please some soy-boys, but you’ve got everyone EXCITED, that’s the thing. It sounds stupid, but it’s just stupid enough to work. I’ll tell you what, if you hear about some new “manly-man” razors just meant to please those millions of “accidentally” slighted customers coming out in a few months, then I will be vindicated.

Would the Gillette marketing execs really be that stupid to let this commercial out there otherwise? Is their hatred for the average white man so deep as to cloud their business judgement? There are various forms of stupidity working against each other here, so we haven't gotten to the bottom of this yet.

Anyway, we’ll see how Proctor & Gamble gets out of this one. I have even less respect for marketing people than I’ve ever had, and that’s saying a lot!


* I hate when they do that human trafficking thing, but Mr. Pibb is probably better off in his new life, living as a sex slave in Qiqihar, China.

Moderator
PS: It's just speculation 30-odd years later on the New Coke thing. I do remember that New Coke tasted much worse than Coca~Cola did. I may have chalked up to deviousness what was just plain stupidity, BC, with maybe some smart marketing after the fact with the "Coke Classic".

I agree about Trump. I don't think he is any kind of 3-D chess player, as many still-hopeful supporters say, but this kind of handling of the Lyin' Press probably comes natural to him.
BernCar
PS: I never thought of that angle, but I read a comment the other day saying much the same thing about Trump playing the MSM by purposely misspelling words in his tweets (or at least not correcting them) or making purposely exaggerated statements like "We had Big Macs a mile high," at the luncheon for football chumps, Clemson Tigers (not the real Tigers btw), so that the MSM can make fun of him or fact-check his statements (WaPo actually fact-checked the mile high statement) so that they talk about his tweet and not the big issue like govt shutdown.
I don't know--I can believe it about Trump, but Coca Cola? I bet their sales of the Classic Coke went up considerably in subsequent quarters, but the press sure roasted management.