Global Climate Stupidity revisited - is it a religion now?

You want EMISSIONS, buddy, here's your emissions - this is ACTUAL POLLUTION: 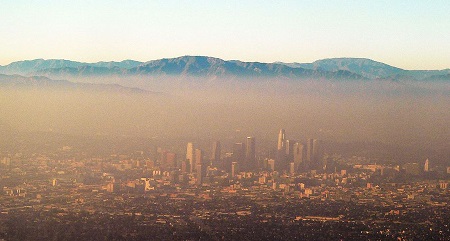 The Peak Stupidity blog has plenty to write about, but got distracted via some discussion time on that old pillar of stupidity, the Global Climate DisruptionTM hoax, (2nd time we've fallen for that this millenium! /Maxwell Smart] ) In addition, I did want to clarify our views of another scam, not as egregiious, but just wide-reaching, and that's the scheme known as Social Security - I got ready for that one, but I was boring even myself thinking about it, so STAY TUNED for that one later in the week.

It's this Steve Sailer post that started more discussion and brought to mind that there are still intelligent people that have just been so drawn into this constant LP/Elite/Government brainwashing that it's almost a religion to them. BTW, my argument is only with the part of Sailer's article that takes the GCD seriously, not his overall point that immigration invasion proponents are in complete cognitive dissonance about environmental effects due to increasing population (see, Toward Sustainable Stupidity). I've got otherwise perfectly rational people who've been so sucked in by the GCD predictions, the erroneous terminology, and the worship of scientists as some sort of gods, arguing with anyone who has seen through the bullshit over the years, or never bought into it in the first place (ahem, yours truly).

Peak Stupidity has 40 (as of this writing) posts with the Global Climate Stupidity topic key, but it's the 1st 15 or so, written more than a year ago, that tried to explain the problems of modeling the entire earth's climate, the political involvment in this business, and the massive amounts of stupidity in the dissemination of the science by idiotic reporters. The reader is hereby referred to those posts, and I don't have the heart and time to do it all again now. Let me just harp here on the use of bogus terminology and how this affects the people who "buy-in" to this scam.

It's the use of "carbon neutral", "carbon footprint", the inert gas carbon dioxide as a "pollutant", and "emissions" that are the worst of it. I've been told that CO2 is a pollutant because everything is bad in big doses. Uh, huh, but not water. Yes drowning in it causes death. Once can drink too much in one sitting and die. Does that not make everything on earth a pollutant, in fact? I brought up water, though, because H2, one of the only 2 PRODUCTS (not byproducts) of combustion is EMITTED every time something is burned. It also blocks certain wavelengths of space-bound radiative energy off the earth. But, YOU! DO! NOT! TALK! ABOUT! THE! WATER! VAPOR! (that's the 1st rule of Climate Club - 2nd rule - AL! GORE!).

No, whatever the effect of atmospheric carbon dioxide is, the stuff doesn't directly kill anyone, in amounts 10 or 100 X what is in the air now. It is not a POLLUTANT and generation of the gas by whatever mean being called EMISSIONS is another way of pushing the "we're all gonna die" business (true, we are, but ...). Why not call House BILL R-XXXX a pollutant because it happens to let YYY company trash out the ZZZ river? Carbon Dioxide levels indeed have an effect on ONE PROCESS in 100's that would need to be part of any seriously-predictive model of changes of the earth's climate. The stuff is in no way hurting us, that's all there is to it.

That's the scare that 30 years now of this stuff (oh, ~ 30, since they switched it from cooling) has put into many bright people ... and otherwise. Once you've got it into your mind that "Carbon [sic] is bad .. mmmkaaay", it becomes like a religion: "Don't burn that - you're KILLING THE PLANET!". "Mother Earth doesn't like those big SUVs!" Also, if it's gonna be a global religion, as most try to be, and indeed, by definition world climate modeling IS global, then why don't you people care that we've just shopped all that emitting and polluting over to China, India, and Bangladesh? I noticed that the Paris Accords (thank you, the Donald!) didn't put ANY limits on the economies of China and India - that's like the Moslems saying you can't drink and women can't drink and/or drive, unless you do it in America (oops, well, yeah ...)


Exempt from the proposed Paris Accords. This REAL pollution (particulates, S and N Oxides, etc.) can't travel through the atmosphere, can it!? Close the borders!

As I've written to people about this subject, I've got nothing at all against good science, including in the field of Climatology. Advancing the field by studying cloud cover formation/albedos of clouds, ocean current changes, CO2 level changes in the oceans, humidity levels vs, types of ground cover, radiation spectra of various ground covers, upper-level wind effects on the concentration of atmospheric gases .., etc. * is a good thing. People who are somewhat nerdy could discuss these topics at cocktail parties, with some relation to the real world: "Yeah, we think that'd raise temperatures near the eastern coastlines a degree C or so ...", "That would mean there should be more hurricane activity, but there's a whole lot more to understand ..." - just calmly, without the whole unnecessary "sky is falling" part, because, that's just it, we don't really know. How do we know we don't know (besides reading those > 1 dozen PS articles)? We've already had those BS predictions made by Lyin' Press and globalist elites, telling us 15 years back how there'd be no more snow in the US within 10 years, telling us 12 years back hurricane seasons were going to be viscous (reverse-spoiler-alert - we had 10 years of benign tropical-stormage in the Atlantic.), etc. We know it's bullshit because we have memories.

"Oh, but the models are getting better." "We have reached a CONSENSUS." (That'll be a whole nother post, there). Back to the scientists, the field of Climatology has been polluted with the emissions of the grant-mongerers and lovers of the limelight. Why does one want to make small money teaching class, work on the computer all day, read the heavy math, and go to a few conferences that no one ever hears of,, as an honest job, when one could be employed in SAVING THE PLANET? (Yes, it's the same job, but done with an added emphasis, a core competency in hyperbole and dishonesty). Think of how proud Mom and Dad will be of their son who is not just some adjunct at Rhode Island E-Northeast Tech, but is SAVING THE PLANET. The couple down the street too, is even more proud of their daughter, who is both getting her Masters's in SAVING THE PLANET, and getting married soon (he promises) to her Professor, coincidentally!


Want to see some REAL pollution?: 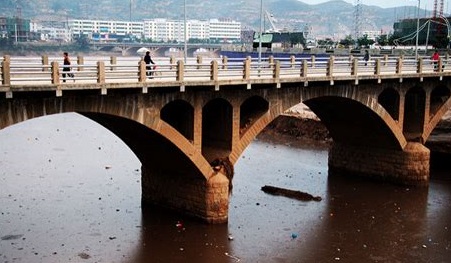 * Are you getting the impression that the topic is very damn complex?!

Moderator
PS - I do have some experience with that, indeed. Thank you,BernCar for that, and I'm glad you read it - the "simple" modeling in quesiton I described in at parts 3 and 4 were about a friend of mine's project. Yeah, it was not so simple, and that's the norm.

Oh, appreciate your respect for my Trademark too - ;-}
BernCar
PS For anyone wanting a succinct critique of the GCD* hoax, our host's five-part series on mathematical modeling and global climate stupidity is a good resource. In fact, it can serve as a caveat for computer models of many processes.