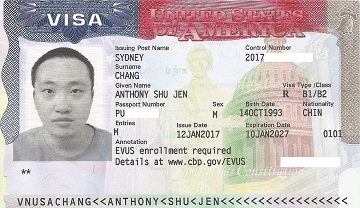 Nope, unfortunately, there were no arrests last night by POTUS@SOTU (WTF?), even though the actual criminal 17-yr-staying illegal alien actually sat in on the speech! Apparently, he's pretty bumbed out about it too. Man, what can we do to better serve this guy next time - oh, yeah, why don't we serve him an arrest warrant.

No matter what President Trump is really going to do, as far as his chief executive powers go, one thing is for sure - this immigration invasion is a BIG, BIG ISSUE. It will not get pushed out of the public discussion from here on. Whether it's too late to matter is another story, and that's where I hope the President can get some behind-the-scenes stuff changed. The Peak Stupidity blog is still not optimistic. Yeah, so it's all out in the open - this idiotic "diversity" (random) visa, yeah that's the way to do it - just pick people to live here randomly and see how it works out - the H1B and especially the very important chain-migration immigration visas are all being discussed.

Here's something that's NOT being discussed too much: People overstaying non-immigration (tourist/work/etc.) visas and just never going home. Our country hasn't even been trying hard on this.

The immigration bureaucracy has got to start finding the visa overstayers and deporting them with no additional entry allowed. It’s not mostly some tourists who didn’t catch their flights home in time.

Do you know that it is very easy for the Chinese people to get 10-year tourist visas now? This is to match the same from the Chinese, but they take this stuff seriously over there. Sure, you’re not supposed to stay 10 years straight (the visa would say “multiple entries” with a 10 year expiration date and maybe 3 months or 6 max per stay).

Think about this: If nobody comes looking for some Chinaman like the guy above (nothing personal against file-photo guy) who doesn’t return after the 3 months, do you seriously think he even can be found after 10 years living in a Chinatown somewhere. The thing about our country now is, since we have large groups of foreigners living here, anyone who is not legally here can blend in and not be found easily, simply based on the “they all look the same” syndrome, which is very much true.

Try being a westerner in China and deciding you’re gonna flout immigration law. It’s not just that it’s taken seriously, but there are no “Americatowns”, “Enlgishtowns” or just general “RoundEyetowns”. You’ve got no place to hide.