How about a New International Millenial Bible?

OK, it's time for a break from 24/7/365 Charlottesville (but more tommorrow or Saturday!)

It's the Mormons who got me thinking of this, but more on that later in the post. It's just that, well, some of the Bible may not be translated perfectly, and that can affect the point of some of the verses - to me that's part of the reason people have different interpretations of the same things. Matthew 22:21 about "rendering unto Caesar ...", is one used to justify obedience to government, so it'll be time to write on that soon, seeing as that doesn't sit well with the Peak Stupidity staff.

Anyway, the King James Version seems the most serious, and is maybe a good translation from it's time, but the wording must be gotten used to. There is a lot about people begetting other people and gnashing of teeth in the Old Testament, and lots of Lo's harken's, and verily's in the New. Peak Stupidity feels it's time, perhaps, for a Millenial Bible, with wording that this new crowd would feel comfortable with. 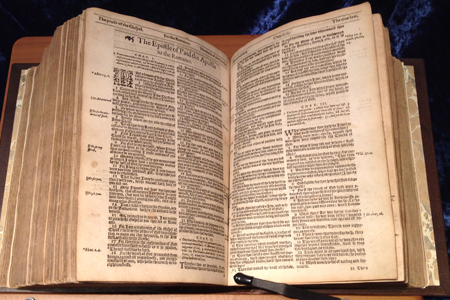 "5 So, it all went down like, as the angels were gone away from them into literally heaven, the shepherds were all Let us now go even unto, like, Bethlehem, and see this thing which is come to pass, which the, like, Lord hath made known unto us. I know, right?

6 So, no, really, they came with haste, and literally found Mary, and Joseph, and the babe, like lying in a literal manger.

It needs work of course. The thing with the Mormons, and I have never had much against them or their religion, is that some of their wording is not that old. I like how Joesph Smith, instead of coming up with some flowery, hard-to-follow wording just goes "This is the place." when the big exodus from Missouri or Illinois got to the destination. That's simple and to the point.

It's a shame to end on a serious note, but regarding the Mormons, their church is a big, big illegal and/or massive immigration booster, which is maybe the only problem I have with them. It's probably not the rank and file, just the big cheeses. As usual, they want the members and the money, and they think the Hispanics may be their new blood that can go on the 2-year missions. Right, you deluded church elders, do you think Mexicans can clean up like these Millenial guys?: 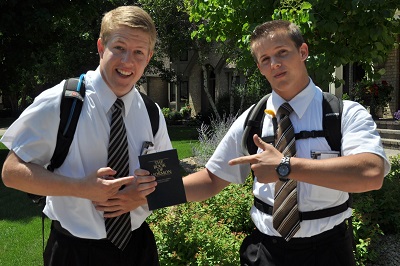 Moderator
PS: Thanks for the stories of those NOI folks, Robert. I guess the suits matter - if you're gonna be impotent, you gotta look impotent ... was the punchline to some old doctor joke.

I'd like all of these people, if we could only have separate places to live, at least if we WANTED to.
Robert
PS: During the '70s and '80's many of the Nation of Islam followers cleaned up like those guys --- although they were larger, blacker, shaved their heads, and had much better suits. I don't know anything about them now.

In the 70's, they ran security for the various Chicago gangs annual basketball tournament held on neutral territory down the block from where I lived at the time. Small groups of large guys who would stop everyone in a two block radius. 'Excuse me sir, would you please tell me where you are going.' The local liberals got these cancelled due to "crime", but the couple cops I knew loved it and said that these were the quietest nights of the year --- nothing but the occasional domestic --- even quieter that January. I suppose being stopped by large, well-dressed, black guys with bulges in the small of their backs bothered them. Too uppity, or something.

Later, I had some as neighbours a couple of times. The men worked, the wives stayed home and cooked and cleaned, the kids said yes sir, no sir, please, and thank you.

Talking with them was odd though.

Whites were sub-humans who had ruined the world, but it wasn't their fault. 'If you let a pig into the kitchen, and it makes a mess; you can't blame the pig.'

On miscegenation: Its only natural that the white person would want something better. At least here, they are acknowledging our superiority. But the black person --- they should be tarred and feathered and then run out of town on a rail.

P.S. Farrakhan's non-jewish neighbours loved him. NOBODY messed around near his house.