The never-ending quest for cheap labor

This will be another low-energy blogging week, as we have some travels planned. There are plenty of posts ready to write, but I'll probably only get to the "check out this one" sort of posts, unless I get some down time at our destination.

Here, however, I describe another finding from personal experience. It's Peak Stupidity's numero uno topic, the Immigration Invasion, though the Kung Flu is giving this one a run for its money.


Dangerous but lucrative work? Nah, only the former. 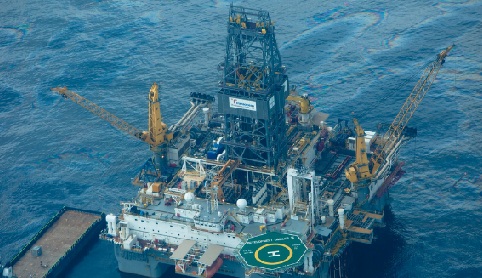 Before I get to this story, let me say that I spent about 15 minutes trying to find a post about a related story from 5 years back that I may have not even written. I should have, if I didn't. I was with a friend with his kids and mine at an amusement park. Rather than amused, my friend was bemused to see me get pissed off about the personnel running the rides and concessions.

It wasn't that they were surly (and you know who I mean) or doing a bad job in any way. It was just that these young White people were imported to to this job from Europe! (I forget now which country - maybe eastern Europe even.) This was not in some resort-type area, just normal America. I assume the Big Biz outfit that owns the place just wanted more cheap labor. There was no reason in the world some young Americans could not have been hired, other than they'd need some kind of decent wage to live and save up some money. These Euro kids wouldn't have the same attitude, as they were getting a paid visit to another country.

Just recently I learned of yet another instance of the never-ending quest for cheap, or cheaper labor by the American Big Biz honchos. A guy who does some driving for a living (says he has 7 jobs!) told me that he sometimes gets a gig driving Filipino guys* down to the Mississippi Delta (Houma, Louisiana, to be exact) to the site from which they are taken by helicopter to oil rigs in the Gulf of Mexico.

These are non-American oil rig workers. I can assume with confidence that they've been imported to the US solely for this work. I didn't want to get into a political discussion with this driver, as I'm sure he'd have told me he just did the driving, and the rest was not his business. I can relate. If he quit on principle, well probably they'd try to hire a Filipino for HIS job!

It's not just the lettuce-picking, then meat packing, then roofing ... Not many good jobs are safe now from the efforts of the Globalist class, who care nothing about replacing decent Americans in jobs that allow affordable family formation** That part about not caring is only an assumption. For some of them, what I mention here is not a bug but a feature, of the quest for cheap labor.

** one of the best terms coined by Steve Sailer.

MBlanc46
PS Labor is the variable cost in production, the cost the the capitalist has most control over. So that’s where the squeeze is going to be greatest.
Greetings From North Venezuela
PS Just finished reading about PRC/CCP buying up California and a massive amount of forest and farmland all over Chiquitastan or the former USA.
Sold out by quisling traitors won't end well and there are WAR games going on in Venezuela this fall featuring Iran, China and Russia.
If Putin puts missiles there will Jo Jo Brandon get a fresh diaper along with some apple sauce and orange juice?
The Alarmist
PS

The US tech industry has had a caste system for some time, with South Asian programmers becoming hiring managers who then only hire other South Asians for growth jobs.

No doubt heritage Americans will learn to do the shit work we were always told, as justification for unbridled immigration, that they would simply not do.
Moderator
PS: That's an interesting way of looking at it, like a caste system, Mr. Hail. I think there wasn't so much of this when the country was a manufacturing powerhouse and contained a mostly united people of the same "caste" (in a way). Then we've imported many millions who DO come from the literal Caste system, and they will dominate certain businesses and hire only their own - if not just more dot-Indians, even just their own castes.

Thanks to you and Dieter for the interesting comments.

Jimbobla, you may be onto something. I didn't ask the guy what these Filipinos did exactly, and maybe he wouldn't have known anyway. I'm sure they did go off for a time period like a week, maybe more, as those helicopter rides are not cheap! I could say that this is a relief that they are (as you surmise) just the low-level housekeepers, etc. Still, there's no call not to hire Americans for these jobs either.. If you pay really decent, people will take the jobs.
Jimbobla
PS
Plenty of cooks, cleaners, house keeper jobs on oil rigs. These are 7 on/7 off jobs for the rig workers. I don’t know what the schedule is for these Filipino’s.
Dieter Kief
PS somehow related methinks

Bottom line: The height of the desirable income grew significantly in recent years.

Plus: High income people seem to be better off if they think money is important. For the low income crowd it is the other way around.

PSIt's the opioid crisis and fentanyl. Scott Adams and Tucker Carlson seem to work hand in hand here, Mr. Hail.
I know a researcher who has medical laboratories in two German cities and in Roanoke/ North Carolina. She is developing coping strategies with angst using bio-feedback mechanisms - a low-intervention,drug-free way to regain your personal sovereignty not least for heavy cases.
For her interventions to work her patients have to cooperate and look into their lives. She observed that in the US so many young and middle aged patients were so heavily on opioids, routinely prescribed from their medical doctors, that they can't recollect much. Their memory is gone.
Here is a great feature which describes the social decline in the poor fly over white eastern US

Jared Taylor mentioned in his obitary that the young author Chris Roberts was on unpaid leave from AmRen to write this crowd-funded story. It took him a few days... - he died not long after he had written this very insightful article about the opioid/fentanyl related decline in the ex-coal-country in Virginia.A great talent. I miss him.

I worte in response to Chris Robert's great article:

Dieter Kief says:September 19, 2021 at 3:02 pm GMT • 10.4 months ago   ↑Suffering comes naturally. Patience needs to be cultivated. The gap in between the two needs to be filled. This is an old story, quite interestingly and honestly retold here.

PS
Jonathan Franzen has some great scenes in his novel Freedom, that are set in (ex) coal-country.
Hail
PS

Tucker Carlson has apparently been on the warpath in his opening segments lately against Big Pharma over the "opioid" crisis. He alleges these companies deliberately got millions of Americans addicted to opioids to boost profits. The problem became a "Frankenstein Monster," and every year now more otherwise-healthy young and middle-aged than Wuhan-Coronavirus ever could, and hollowing out or undermining many communities.

Tucker Carlson's focus on blaming the drug companies is true enough but is not complete. It's too much of a simplified-reality to suit tv, as a medium.

Being locked out of lucrative work opportunities that SHOULD by rights (in an organic society) be theirs gets you into a bad place, never seeming to be able to get ahead. So the emergent caste system of the past few decades is itself a structural problem that causes this.

The cultural pessimism and anti-social behavior that comes from being in the classes disfavored by this system (which includes the majority of White-Cristian Heterosexual Males) naturally push people towards use of these substances.

TLDR 2: "Cheap labor is like a sugar high, it feels good in the moment but can end up creating a Frankenstein Monster problem, a new caste system that may be very bad for those whom society is supposed to help and support.
Hail
PS

The problem is more comprehensive than just a few employers looking to cushion profits by tossing some cheap labor at their operations.

The USA, or at least its leading metropolitan areas, has developed an immigration-based caste system, easily recognizable by critical observation in any "big blue" metro area. Industries are dominated by certain groups, which effectively exclude people outside that group from employment in that industry by acting like a caste system. Like the caste system of old India, it functions without the need for laws.

The sometimes-heard criticism that natives are too lazy really misses the point, really fails entirely to understand the situation. In traditional India, if Caste "A" people doesn't get much into Industry X, whereas Caste "B" people all seem to do well in Industry X, is the best analysis to slam Caste A for being lazy? No, we understand other more-complex social factors are at play and interplay, and the "lazy" card is the level of discourse of children.

Some of the biggest losers of the USA's "caste" system are native youth and entry-level workforce types, as they are excluded from jobs they would easily able to get and do well with, and are robbed of a part of their socialization process or at least have it distorted.

The old trope about a young man who "started out in the mailroom" and worked his way up and became rich and/or successful, and why can't today's young just find the initiative to do the same? --- I recall Peak Stupidity has mocked this idea as hopelessly out of date, something that reveals its speaker to be a certain age (by now, retirement age or very close).

One also used to hear stories of native young men working construction jobs for some period in youth, or over several summers, saving money that way. In Big-Blue areas, these jobs are all in effect now reserved for a certain type of Hispanics (generally meaning the Central American mestizo). The caste-system mechanism has long since kicked in. In such places, that story simply never happens.

One thing I have long noticed: Not many want to talk about, or even acknowledge, this "American caste system" as a political problem. I think this is because one of the implicit assumptions about the USA is that it is a Multicultacracy, and appearing to question the validity of the Multicultacracy is a blasphemy against the civic-religion.