The benefit of being farsighted 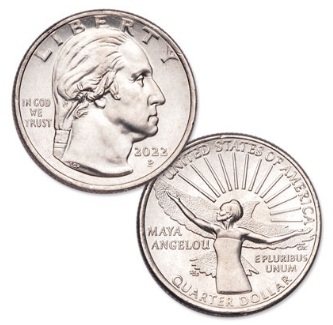 Of course Peak Stupidity is farsighted, what with our NACA curves and all pinpointing with amazing accuracy the coming peak of stupidity (after our recent revision, that is). Here, for this post, I mean literally farsighted, as in not being able to read the fine print without a lot of light or some spectacles or both. In fact, I'm doing some of that gay-looking swiping right now, in order to be able to read WTH I'm writing here.

I haven't read the dates on coins or even looked at them closely for years. My excuse is that they are more and more getting to be useless pieces of dead weight*. It's really also that I can't read these dates well. Now, it turns out that my boy is interested in collecting coins. We got fairly lucky, IMO, and found 48 of the 50 State quarters from a stash of coins I had. There are 6 territories too. Who knew? We found one only, but then who cares about Puerto Rico? Best let the place go, I told him.

At this point, he's gotten serious and is looking at different sets, knows the series of pennies, 1909-'58 for wheat stalk backs, etc. He may buy a few to fill in what's missing from an old set I gave him, but for the States of Montana and Texas, I told him, no, you don't go paying $3.25 for them. Much of the fun in this hobby is looking for them.

As we, well, he - as all I did was slide them over to get him to look closely - checked out some quarters recently, we found out that there is a Maya Angelou one. I had no freaking idea they were up to this woke stuff on the coins yet! No, actually I did, as commenters E.H. Hail and Adam Smith had pointed these out only a month back, but I must have repressed that painful thought. I did already know Tubmania** is coming, but now I had to explain how this Angelou broad is a just some nobody poet that has now gotten elevated by our woke Potomac Regime to the level of the American Founding Fathers. She didn't even run a freaking railroad!

The confusion came in when my son thought this Maya Angelou was on the face too. Well, my eyes aren't THAT bad, and I insisted that, no, that was just a different profile view of George Washington. You never know, as the black chicks do some odd things with their hair. I wouldn't think they would attempt to look like one of our Founding Fathers though. It turns out that I was right, and that's George Washington still on the face of these new quarters. I mean, it could have been Wilma Mankiller. This 🦅-Indian, born in 1945 and a member of the government-grant-writing tribe, is on some quarters too.

I'm not paying one zinc cent for any of these woke quarters. Who knows what all the mints are up to in addition to making these farcical coins. Being farsighted, I could have told you that none of this would stop with no Pocahontas. [Sacajawea, that'd be - Ed.] Whatever!

Being farsighted also means that I usually have no idea of who is on the tails side of any of the US coins. That's a big benefit, as I don't want to know these days!


* The pennies are, especially. I recently had a 2nd instance of the deal at the bank I wrote about in My 3 Cents during the height of the Kung Flu PanicFest. I would be glad if they'd keep all the change from any checks I cash, but return some kind of non-laughable rate of interest on our accounts.

** See also the prior posts Tubmania and a cashless economy and More on the Tubwoman Twenty.

Dieter Kief
PS
"And she didn't even run a fucking railroad." - Yeah man - I mean: Amen! - Are you - halfconsciously - refering to the Underground Railroad here, mod.? Uh-uh. -

- If only she would have been the commandress over a few hundred of those steam breathing, fire-spouting, vapor pressing iron monsters: That would have been something! - To hear the .L.o.c.o.m.o.t.i.v.e. .B.r.e.a.t.h. // of her black&red machines/ - WoW! - What a scene! (cf. The Beatles' 69 (!) album Abbey Road).

Btw. - a remark for the archeologists of Transgenderism: Ian Anderson is looking like a man .a.n.d. a women here.
Moderator
PS: Good idea, Robert! They don't charge for the use of that machine if you're a customer.
Moderator
PS: Man, that's pretty bad, only one month back! Yes, as soon as i looked at the comments, Mr. Hail, I remembered that'd I'd seen Mr. Smith's link about these quarters and that you also had written that you'd gotten one of these as change.

I think I flipped to that Oprah page and said "ugghhh" and clicked back quickly.

Well, I'll edit the post now. I guess I didn't want to remember.
Robert
PS: If you have a friendly bank, you can go in and get rolls of coins, have a look at them, and then return them in a couple of days. That's what the coin counting machines are for.

A few years ago, I had a friend who regularly got bags of pennies --- ten pounds each, or some such --- for his son.
Hail
PS

Possibly the only previous mention of Maya Angelou on the pages of PEAK STUPIDITY was one month ago.

Adam Smith tracked down Oprah's reaction to the unveiling of the Maya Angelou Quarter earlier this year.

Quote from Oprah: "I have here in my hand a true treasure, so magnificent it makes me want to cry. It's official: Maya Angelou is on the quarter!”