This is not a book review, but not for lack of finding a copy. 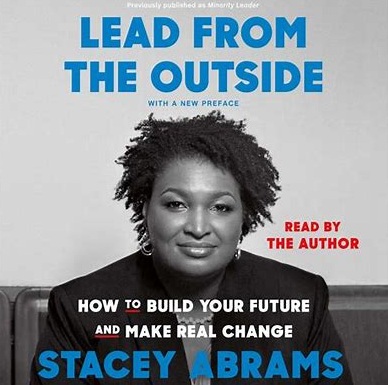 No, I swear I didn't change the height/width perspective of the image above. Why would you even think that?

Peak Stupidity has had a handful of posts on the nice "Stuff White People Like" idea of the LittleFreeLibraries that you may see in your neighborhood. We've had them around for at least 5 years, but it's been 13 years since a guy named Todd H. Bol had the idea and made the first one. There are said to be in the (white) neighborhood of 100,000 of these around. (That was last year.)

In LittleFreeLibraries in the leafy neighborhoods, we discussed the SWPL aspect of these things and the lefty slant of many of the adult books. That's to be expected in my neighborhood, where there are still BLM signs, when you can see past the occasional Ukrainian flag and the "Everyone Welcome" signs too.

I noted in our review of the Appendix* of the book Walking through the Fire by immigration patriot and cuck nonetheless Steve King that I would put his book in one of these nearby. It's been 2 months now, and we just checked - the book is still there. Is that good or bad? At least the library owners did not pull it out and burn it in the fireplace (you know, carbon footprints and all...). OTOH, nobody wanted to read it. That's splits off into another good/bad decision. Do the adults that look at this library know the guy's a cuck or are they too lefty to want to read any book by an immigration patriot or any Republican? More likely than all of that is that nobody yet has heard of the guy OR the book!

On another block, in front of another house of lefties - I know this due to a phone call that I discussed in It's a Beautiful Day in the Leafy** Neighborhood.***, there were 5 copies of the Stacy Abrams book above. What was the deal there? Did these people buy a bunch of the books to support this fat-ass, big-time Georgia racial politician, and they just need to get rid of these copies? Maybe they really want the neighborhood to read this book. Maybe their LittleFreeLibrary branch will double as LIttleFreeKindling this coming winter. I should be fair and at least leave them there, as people have the Steve King book.

I guess the moral of this post is that LIttleFreeLibraries can be efforts of generosity, but then they may also be used instead of a trash/recycling bin for those too guilty to go straight to the trash can - Let's all work toward Sustainable Stupidity!


* The basic book review is here.

** Yeah, I kinda got that "leafy", meaning White and, yeah, leafy, from iSteve Sailer.

I explained this to my 10 y/o son. There is no free lunch. Our libraries have about 1/2 of the stuff I look for, based on recommendations or just mentions in the comments here, unz.com, etc. My kid likes these series like "The Warriors", etc. He reads like a son of a bitch.

However, I explained that, no, it's NOT free. I voted against the 80 million dollar or so bond issue about 8 years back, but it passed (fairly balanced margin too). Well, the re-did the main branch, which to ME, with my memory of the old one was BRAND NEW. (OK, it was 20-something y/o, but it was a hell of a nice building and still in good shape.) They remodeled our local branch - same amount of space - now with less shelf space! (But more space for bums.). None of this was necessary at all. That's the 2nd lesson for my son: People don't spend OPM like they spend their own.

Let me find you the links:

"3 minor doses of stoopiditee. It all adds up, though." - First anecdote of the 3.

"More stupidity at the library - the big one"

The 2nd post has a lot to say to address your point, Mr. Russell, plus a video of "Stacy's Mom".
Jack Russell
PS Free libraries, always an excellent example of socialism in action. Since all books are equivalent in the free library, any book worth reading is almost instantly replaced by trashy romance novels, mindless propaganda, outdated technical matter, etc. until that's all that's left.

It mirrors the way the Soviet Union's economy worked. You can produce 1000 pairs of quality shoes in different sizes, or you can produce 1000 pairs of size 4 narrow shoes with the crappiest materials available. Either way you keep your job as a factory manager and get to keep going home to the deluxe concrete apartment block. You can drop off a good book, or some mindless trash, it's all the same to the littlefreelibrary. I'm sure there's a lot of dropping off of deliberate propaganda, you know, to do the noble job of indoctrinating young minds to CRT.

My local public library takes donations and sells them for a pittance. Their shelves are well stocked with Kevin Trudeau, how to play bridge books full of outdated bidding strategies from the 50s, Clinton biographies. None of these should be read by anyone, of course; some books have negative value, and should be destroyed, lest some innocent pick them up and believe anything contained therein. Sometimes when I'm feeling particularly loaded I'll do everyone a favor and buy them all, then drop them in the nearest filthy dumpster. (Has to be a filthy dumpster. Don't want someone crawling in there, pulling them out, and re-donating them to the library, forcing me to pay again for their destruction.)
Moderator
PS: I've seen your Ben & Jerry's ice cream job on iSteve, Adam. I hope you will fill us in on at least some of the 35,000-odd D-S issue headlines!

The car work does take precedence. I assume all that work was on other's vehicles. My mechanic friend says "take care of the small things, and the big things will take care of themselves". I thought one of my cars had let me down at a bad time yesterday, but it was just the battery terminals (Indeed the small stuff). I put converters from top terminals to side terminal connectors on to use a battery off the vehicle that is the black sheep of the fleet. They had loosened up.
Adam Smith
PS: Lol...

There would be more Daily Stupids in circulation if the editor wasn't so Lazy...

Did you catch the Daily Stupid from May 25th titled:
“Walmart’s Juneteenth™ Ice Cream Has Black! Twitter Chimpin' Out”

We've been abnormally dry for the last couple weeks, so I've spent some time in the evenings dragging the hose and sprinklers around the yard to keep things from cooking in the mini heat wave that we've been enjoying. I'm going to start that sunroof project tomorrow unless something more important pops up. I was planning on starting it sooner but I had a leaking water pump and a dead starter cut in line as they were deemed more important. Did a few more A/C repairs too, including a compressor replacement on the Boss's truck, as well as some other scheduled maintenance.

It's almost time to go enjoy some adult beverages on the porch with Mrs. Smith.

Hope you and the Newman family are doing well.
Cheers! 🍺

OH, that was 10 months ago. I must have seen it, but I am re-reading it, and will surely make use of it in pieces.
Adam Smith
PS: Good morning,

Stacey Abrams, President of United Earth, is the color of poo.

☮
Moderator
PS: Mr. Smith, NEVERMIND. I just found it on an old tab.

(I thought I remember this one being in the era of color - like USA Today!)
Moderator
PS: Mister, we could use a man like ... Pol Pot today ...

For commenter Adam Smith: I've been trying to round up your Daily-Stupid pages - not the first one that I featured in Mar. of '21 (with Ike Turner, haha!), but the next one. I have this link:

But, it's not working. If you have it, can you send the link again for me? (I'll split the panels up.)
Moderator
PS: Mr. Blanc, I don't know when I've seen anything but black people on the home page of our public library web site. I'm only going to the login link to check holds or renewals, but it's freaking ridiculous.

Maybe I should tape up a John Birch Society magazine right up against the glass of the little library in question. I wonder how long that would last.
Flatulence Tax Holiday
PS Libraries are a construct of the white male patriarchy and the words are printed on white pages and therefore racist.
All books will have to be redistributed in order to be burned to heat homes when the rainbow unicorn flatulence grid fails this winter.
Mini-libraries are capitalist pig thoughtcrime and will be banned from Pol Pot's Pleasure Penthouse.
MBlanc46
PS There aren’t as many blacks in political office as there are in television adverts and that’s RACIST!!! and SOMETHING MUST BE DONE ABOUT IT! Your neighbor is doing something about it.