You didn't inflate that! 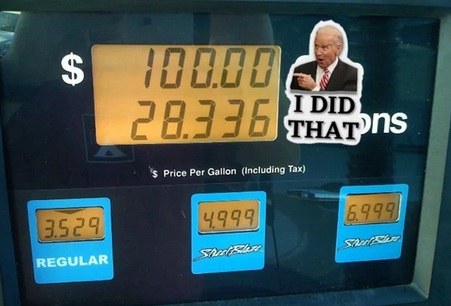 I meant to add more to that 2 week-ago post about the 5 and 10 stores (and I don't mean cents). That was our last post on the inflation topic that we have been on to here since the beginning of '17*.

As much as we all would like to blame the recently-installed (I wouldn't claim "elected") President Biden for it all, and as much as I enjoy seeing this blame from others, no, he didn't do that. He did some of that, especially involving those fuel prices, but price inflation has been a long-term process in this country and has the simplest of causes.

I overheard Donald Trump on my wife's phone telling the audience at a rally how "there was no inflation while I was President, blah, blah." Well, let's get real. Yes, it has been running at 4-5% for the last couple of decades as determined by just about every product and service Peak Stupidity has done long-term calculations on. Yep, price inflation has increased greatly over the last year. It's finally at a rate at which even people who don't seem to notice jack squat are noticing. Those of us who remember the 1970s, well, now we remember them better.

The President and the D-led Congress have done nothing but moves to screw Americans. They have been a factor. Long-term, though, it's as simple as the rule of Supply & Demand is. You create more currency out of nothing but paper or computer bits, and that larger amount of currency is then valued against the same amount of goods/services. Why would prices NOT go up?

Back to Donald Trump, the President doesn't write the laws, but he was President when the big $4,000,000,000,000 Kung Flu "rescue" money was arranged for and starting to be spent. No, Joe Biden did nothing to discourage this spending. That 4 Trillion bucks equals a whole "normal" (last decade, at least) year's worth of Feral Gov't spending. Recently, say the last decade again, the increase in the national debt, called the deficit, has been a cool 1 Trillion bucks yearly. So, they've ramped the currency creation up by a factor of 4, and I'm wondering what else one would expect.

No, Joe didn't build inflate that. 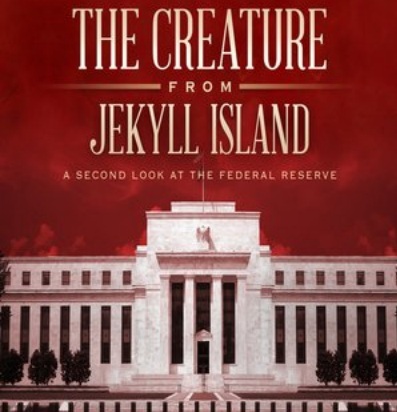 * The start of this blog was late November of '16.

Dieter Kief
PS
He looks and talks a lot like a son of a preacherman - but listen to his inspired sermon about inflation - the first ten minutes not least - great down-to-earth economical stuff by Professor Richard D. Wolff!

https://www.youtube.com/watch?v=fjNaCvzRTyA
Moderator
PS: The Janet Yellen spoof was great, Adam, but even better was that Matt Walsh video on "you might be a woman, if ..." Thanks for the laughs.
Adam Smith
PS: Good evening, Mr. Blanc, Mr. Moderator,

I'm afraid you're right, Mr. Blanc.
It will take more than a Ron Paul to save Western Civilization in North America...

"Huh?? I was way off when I said inflation risks were small and manageable," Yellen was overheard muttering to herself while using a crayon to circle the book's key principles about how money does not grow on trees. "My staff should read this brilliant work of economic genius once they've finished The Communist Manifesto."

☮
MBlanc46
PS I suspect that it’s going to take a lot more than Ron Paul to salvage anything of Western civilization in North America.
Moderator
PS: As my wife explained, the Donald gets a lot of people to come out. He is a bullshitter, but who else gets those big crowds, that put up with a speech that goes round and round ... where it ends up nobody knows, haha.

There's something really great about coming out fo political events with like-minded people, outdoors even better.

But, none of them have been doing or even speaking anything in the last 25 years about stopping the ridiculous amount of spending and borrowing. We need Ron Paul, like 25 years ago.
MBlanc46
PS Not to worry, Don, there’s plenty of blame to go round. You’ll get your share. If it were up to me, your head wouldn’t end up on a pike. But it won’t be up to me.