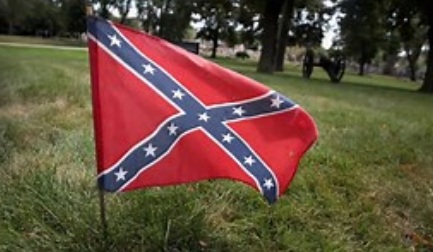 That's today in certain States. Other than anonymously on the internet, it takes a brave Southerner nowadays just to mention, much less celebrate, the holiday.

I saw a quick blurb about this in a John Derbyshire post. One of the websites (here) that popped up with information about this holiday tells us that the State of South Carolina celebrates this day. (There's some confusion as TODAY is May 10th, yet the article says the State Gov workers "will be back on Tuesday". I think that's the usual thing to give them a 3-day weekend.) Then, a bill in the SC legislature - passed by the Senate, but in committee in the House* - will allow the workers to pick this Juneteenth thing, or any other day. Well, any other day is fair - maybe the White people can be so bold as to all pick Confederate Memorial Day.

Well, we missed marking Alabama's or Mississippi's holiday, so Peak Stupidity will celebrate today, at least by mentioning it. From the article:

South Carolina chose May 10 because it is the day when Confederate Gen. Thomas “Stonewall” Jackson died in 1863 after he was wounded by his own troops and the day Union soldiers captured fleeing Confederate President Jefferson Davis in Georgia in 1865. 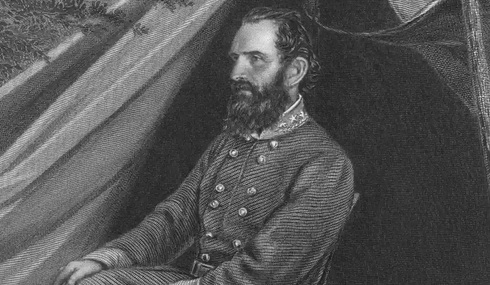 It's all so long ago now. For the older of the Baby Boomers, if they are still cognizant in a decade and a half, the War of Northern Aggression will be as long ago for them as the American Revolution was for them when they were learning about it in Kindergarten.

Going back only 48 years here, America was not ashamed of the South, and Southerners were not ashamed of their heritage or maybe it's just afraid to celebrated it now. Rebel flags were everywhere, even on the front bumpers of a few black guys muscle cars (seen it myself).

This old Charlie Daniels Band song, The South's Gonna Do It Again, was not about a resurgence of The Confederacy per se, but just a period of good music from The South. That was indeed the case, for arguably 5-10 years after this song, it being dubbed Southern Rock. It didn't last, as music got worse in general, but also the pride in Southern heritage was slowly quashed over the last few decades.

Even 30 years ago, Southern heritage and pride (and the Rebel Flag) had not been dubbed "NOT OK!" yet. This one is no Southern Rock song, but more of a folk song, and not from your typical Southerners. The Southland in the Springtime was written and performed by 2 lesbians from the Athens, Georgia music scene, The Indigo Girls.

When God made me born a Yankee, he was teasin'.

I bet there is some good cider up in Helen and up Mr. Adam Smith's way.

We just were at the other end of the next county on a country road a few days ago. This one house had 2 Gadsden flags, 2 Rebel flags and one "Fuck Biden" flag out front. There's still some spirit among us!

Then Indigo Girls were Emily Saliers (the higher voice) and Amy Ray (the low voice). Southland in the Springtime was from their 2nd album, Nomads, Indians, Saints, the name of which comes from the lyrics of the excellent song World Falls.

Moderator
PS: "... known for high sales of Indigo Girls records...". Yes, I do get your drift. Thanks for the reply on the school-masking, Mr. Ganderson.
Ganderson
PS

Northampton is a moonbat town; known for high sales of Indigo Girls records, if you get my drift. Smith College is there. Smith makes the average woke university look like Hillsdale.

I wish you all a belated Happy Confederate Memorial Day!

You can get cider at the apple houses in Cartecay, Ellijay and Blueridge. For example...
https://mercier-orchards.com/hard-cider/
https://northgeorgialiving.com/sippin-cider-reeces-cider-co/

I haven't tried any of these locally made hard ciders, but maybe it's time I do.

https://www.indigogirls.com/
Looks like they're still touring and releasing new music.

There are accounts that one of Stonewall’s dying requests was that a gay bar in Greenwich Village be named after him.*

*Though some report that he may have been delirious when he made this request.

Yep, I heard that one from the collection of Dead covers you suggested, Mr. Ganderson. They were (still are?) a nice duet.

I think it's a shame that they had to make lesbianism the theme of their whole act, or was that some of the fans that made it that way? At the time of the 1st album, I don't think the general listening audience knew about this. By the 2nd album, this was the story, and it sure changed the meanings of many of their songs for me.

What level schooling is that, in Northampton? This has got to be a real screw job on the little ones especially. I hope it encourages even more homeschooling there.
Ganderson
PS

The Indigo Girls did a nice version of “Uncle John’s Band” for the tribute album “Deadicated”.

And in Coronapanic news, the City of Northampton, MA has reinstituted a mask requirement in its schools.
Moderator
PS: It's a good song too, Alarmist. Even President Lincoln liked it, and like Mikey, he hated everything ... especially SGTOW - States going their own way.

I'm glad you put this comment in. I should have made Dixie the only song in the post.
The Alarmist
PS

I found myself literally whistling Dixie the other day, for some unknown reason. A young European, not accustomed to people whistling, asked what it was, so I told her it was Dixie.

So I sang a few lines. Didn’t really register with her.

My wife put a brochure on my desk for a local choral group looking for singers. Maybe I’ll join just to introduce them to classics like Dixie or Cottonfields.

The South might rise again, but it will be a zombieland if people like Gov. Kemp or, heaven forbid, Governor Abrams are what we have to lead us into the future.