On participating in the Stock Market... or not.


Posted On: Tuesday - May 3rd 2022 7:19AM MST
In Topics:  &nbspGlobal Financial Stupidity &nbspEconomics 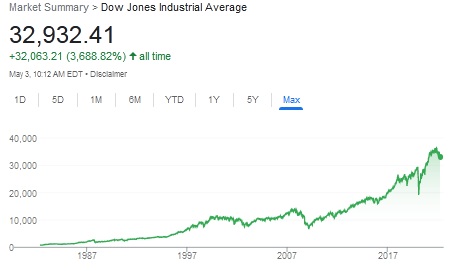 Yes, look at that! I coulda' made a killing! OK, by "killing", I mean at least have any cash money keep up with inflation instead of losing its ass due to this theft by government. "Coulda" is what I wrote, because I have had a hard-core mentality telling me that I'm not going to participate in the US (or any other) stock market. It's been about 20 years.

I don't want to explain every bit of wording here, but since it's in the title, I wrote "participate" because that describes the mentality of the American finance people and our elites in general. We all need to "participate" in this get rich quick scheme , errr, market, so we can keep on getting rich together as Americans. What else ya' gonna do, you fool? There's nowhere else to put your money and come out ahead (as in, again, keep up with inflation). The FED has held interest rates down in the gutter for a decade and a half now! It's not like you can just go listen to your inner Conservative, and get a nice safe Certificate of Deposit yielding 6% anymore.

Though I'd had my money out of any stocks (never had many anyway) for a few years already, it was that '09 crash that made me think, "Enough! No mas!" Since then, that DOW graph has climbed steadily with only that half-year set-back from the Kung Flu PanicFest. Yeah, American have been watching that graph keep going up, up up, for the most part, for 13 years.

No doubt, I'd be well ahead on savings by now had I participated in this bull market. I just couldn't get myself to do it, and now is not the time to start. That's what I'd have said last year, though, and the year before ... The Zerohedge commenters used to call it a game of musical chairs. You don't want to be running around in the game when the music stops.

For me, there's also a personal mentality thing that I have against gambling investing in stocks anyway. It's exactly what the TV or editorial finance guys* will tell you is the wrong attitude. "Don't be sentimental." "Take your losses before they get worse." Whatever. They are probably right. My problem is that even if I had made quite a bit of money from buying and selling, it is almost always the case that I could have bought it at 1/2 the price a year earlier and I could have sold it a few months later, when it went 50% higher, before it tanked. It's very hard to make money optimally. That's just a personal problem for me that goes along with my distaste for gambling at casinos too.

Back in the day, they could honestly tell you to just hold onto those blue chip stocks for dividends, keep a basket of non-risky companies and and generally it'll always go up, etc. Back then the American economy was tops in the world, created lots of wealth, and was growing to justify the DOW going up.

Is that the case now? Wal-Mart and Amazon are the 2 largest employers in America. Both of them make nothing. They buy cheap goods cheaply from China, and they sell them and distribute them** to Americans. Amazon is not a component of the DOW, but Wal-Mart is. Of these 30 companies, as of September of '21, arguably only 1/3 of them, 10-12, actually make retail or industrial goods. 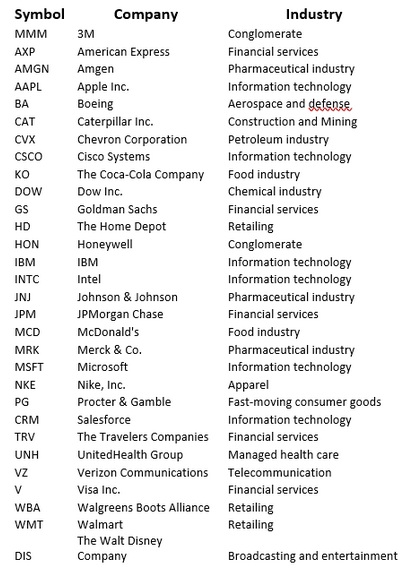 I don't think this whole stock market thing is very real anymore. I like to deal in reality. No, Americans have no better place to put their money, if they are not aware of precious metals or thinking about land or housing***. If you want the assets in liquid form (other than via the hoarding of Makers Mark and Bailey's Irish Cream), you got no choice. At some point soon, American won't have any extra money to put in there anyway. Can the Ponzi Scheme called the Dow Jones Industrials go on forever? Are we all, aside from me, just continuously getting richer, quick?

Some would believe it. Dunder Mifflin Paper Company's Scranton branch manager Michael J. Scott, assures us "That's... thank you, you WILL get rich quick - we all will!"

This scene is one of my favorites, and it's bound to appear again - it should have during one of the Social Security Scam , errr, Scheme , uhhh, System (there you go) posts.


* Then there's the other thing with these people, in which they seem to always know in the evening exactly why these stocks went up and these other ones went down today. Their reasons are usually happenings that have been occurring for a while, at least by that morning. Yet, they won't tell you all these explanations IN THE FREAKING MORNING, so you could make a killing, a killing, I tells ya'!

I know, I know, they are just bullshitters - there's this old Peak Stupidity post on this: More on after-the-fact Explainers, in the finance sector. We had another on this same after-the-fact explaining deal, but out of the Climate hysteria people, here.

** There is a LOT to that, but it's not manufacturing.

Alarmist - that's concise: "We all are out of the market at our own risk." (And I'm tempted to add: For our own pleasure...).
This is - heheh - alarmistic: "Welcome to the Casino Gulag". (I'd rather not think of Alexander Solshenyzin here).
Moderator
PS: I've done a little bit, OK, no, a LOT worse than you with amzn, Alarmist. No mas! I don't like the stress or the regret. (See, I don't usually regret NOT doing some deal, because I know I would probably have bought too high and sold too low.)

You are right that part of our assets are at risk. Anything sitting around denominated in US dollars is.

Make sure you know what the end of the song sounds like, Alarmist. (The one that goes along with the musical chairs game.)
The Alarmist
PS

I’ve been in the game over thirty years. About 2009/2010 ( I forget exactly when), I shorted Amazon at 112 because I thought they had had their run. I closed that position out at 120. The only thing I did wrong was to not turn around and go long.

You are out of the market at your own risk.

Welcome to the Casino Gulag.