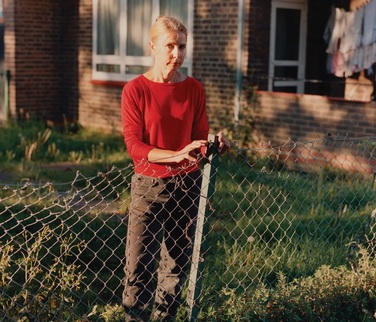 Peak Stupidity has a sort of fixation with novel and opinion writer Lionel Shriver. It's very unusual for me to actually try to follow the books of any author, especially a novelist. We've given lots of praise here for Mrs. Shriver, and you can find 8 reviews of her books under the Books topic key. (6 of them are on the SAME BOOK though, as her great prepper novel The Mandibles really need it.)

As threatened promised, I am going to add a few posts to supplement the recent PS post On Motherhood - for the individual and for society - Lionel Shriver. In the latter part of her 17 y/o interesting Guardian article on the important topic of motherhood and demographic decline of White people, she gave anecdotes directly from 3 of her good friends (all women).

Before I discuss the opinion of the first of the 3 women in that article, No kids please, we're selfish, I would like to point the reader to another excellent article that was brought to my attention by commenter SafeNow under that "Motherhood" post. This one is a mini-biography of Lionel Shriver, in the New Yorker*. I know, I know, but they're all New Yorkers at heart this crowd. (Mrs. Shriver lives in London, as per this article, but she has lived in New York City, writes about New York City, and "summers" in Brooklyn still. (Wait, what?? Yep, not my business, and as long as The Mandibles don't hit the fan while she's there ...)

The New Yorker says Lionel Shriver Is Looking for Trouble. Well, yeah, if you don't fit in with the NYC rigid lefty, parochial, NY State of opinion, yeah, you're one of those agitators**, indeed. This article makes me really like Lionel Shriver. I think she'd LUV LUV LUV Peak Stupidity. I urge you all to read this one to see that not every single one of these well-off NY City people is against us. Regarding the Kung Flu, from the beginning (since this was written at the height of the panic - May 25th '20):

In Lionel Shriver’s novel “The Mandibles,” it’s 2029, the United States has defaulted on its loans, and the country is plunging into an economic abyss. Suddenly, a cabbage costs thirty-eight dollars. Savings accumulated over a lifetime evaporate in an hour. Former hedge-fund managers compete for jobs as waiters. (Their new patrons are foreigners; America, like other failed states, has become a magnet for tourists who can afford luxuries that the natives can only dream of.) Everyone is grimy, because water shortages have rendered showers brief and infrequent. This is made particularly troublesome by another post-apocalyptic issue: there’s not enough toilet paper.

“I found that really gratifying,” Shriver said, as she considered her prescience, one recent afternoon in London. Since the lockdown went into effect, she has been sequestered with her husband, Jeff Williams, at their row house in Bermondsey. It is a modest, comfortable place, decorated with thrift-store finds and small ceramic sculptures—smooth, faceless figures—that Shriver made, along with memorabilia that Williams has gathered in his decades as a jazz drummer. But Shriver was not feeling cozy. “Truth is, I’ve never been this shaken,” she told me. She wasn’t worried about getting sick. “The virus doesn’t faze me,” she said. She was afraid that she would prove oracular about more than toilet paper, and that we are hurtling toward global financial cataclysm—what she described in “The Mandibles” as “an ongoing, borderless nightmare ended only by death.”

Hey, that's not far off of Peak Stupidity's take on the PanicFest, and, lest you wonder if she cares about the Totalitarianism that has been implemented on the Flu Manchu's behalf, yep, and she wrote a lot about that in the article we discussed recently in Most Frightened Nation Status. (We just used Mrs. Shriver's same title as in her City Journal piece.)

OK, so this was to be two posts in one. It's gotten long enough already without getting to Gabriella yet, the first of Mrs. Shriver's 3 close women friends who didn't have children and never will.


* The image of Lionel Shriver above is from that article.

** They wrote "troublemaker", but that "agitator" line is from The Graduate, as uttered by the future Mr. Roper. He's a very specific character actor - only does landlords?

Moderator
PS: The preppers would discuss this stuff too, Mr. Blanc, "be far from the Interstate" etc, stuff like that. There's no way to know how it will all go down though. However, even if not perusing the prepper site posts and comments, it would do someone who is only now aware of what's coming (I don't mean you, of course) well to read a few novels.

That "Mandibles" one leans toward the female side (as in, nothing about how to keep this and that running, etc.), but it'd be a great start. She does very well explaining the economics, albeit with the Lionel Shriver way of using characters' conversations to get points across. That always sounds unbelievable to me, in that NOBODY talks that way. It's a slight problem that I got over though.

I wrote about that "1 Second After" book before too. It's not bad, but one can spot the hokie parts. It provides food for thought though.
MBlanc46
PS No doubt, those living far from major population centers will have a better chance of surviving a collapse than those in urban areas. Especially those who have stocked up on non-perishable foodstuffs and other supplies, and the weapons to defend them. But don’t discount hordes from the cities heading where they think they’ll be able to find food. And, whatever state agents might be left will also be heading to where they think there are supplies to confiscate. We may well be close to conditions where such a discussion is not merely academic.
Moderator
PS: I wouldn't mind at all having a bunch of prepper discussion here or under other posts, Mr. Blanc. I used to frequent "Survival Blog" by a Wesley Rawles, and this other called "SHTFPlan" by this ex-Bosnia (during mid-1990s civil war) guy who I think purposefully wrote in bad English to sound more authentic.

The nest egg part of course leads to thinking about what is going to be more likely held onto. We have had lots of thoughts about this not that inflation is getting seriously high (it's not like I haven't warned myself long ago).

Yeah, 90 years ago 1/3 of the population lived on farms, so at least some food and work could be had.

Now, as the preppers say, your beans, bullets and bandaids will only get you so far. You need "community, community, community". That's what we are looking for, in addition to more room and being farther away from areas guaranteed to be bad if/when the SHTF.
MBlanc46
PS With a little luck, I’ll be around in 2029, and perhaps four or five years beyond that. And, it seems to me that there’s a far from zero chance that that’s how things are going to be. Maybe not quite that bad. Maybe worse. Mme B thinks that, whatever happens, we’ll be okay. We’re not rich, but we do have a nest egg. But it could be wiped out in days. I doubt that the prepping thing will do most people any good. It could be the war of all against all. Not like the 1930s, where people kept society ticking over, despite the hardships, but the strong preying on the weak, and the Devil taking the hindmost. I hope that it’s not that bad, but Those Who Rule Us, instead of doing what they can to head it off, are pouring gasoline on the fire.