I want to thank the always helpful Peak Stupidity commenter Adam Smith for telling me about, and giving me a link to, this book, as Peak Stupidity posted our 1st report of our field trip to Elberton, Georgia to see the famous/infamous/not-so-famous-really Georgia Guidestones. (We posted Part 2 a few days later and then Peak Stupidity revisits the Georgia Guidestones a month back.) Mr. Smith's link to a .pdf file expired on the mediafire site recently, maybe just before I was ready to write this post*. The short book, called Common Sense Renewed, can be found here though.

At the time we visited this monument on that nice day at that nice site in Elberton (Granite Capital of the World), I really knew only the background from Wikipedia and then from the information at the site. This is why I am so glad Mr. Smith steered me to this book. The Guidestones were dedicated in March of 1980, and the ideas for the 10 written guides for humanity had to have been thought of a year or more before, as this anonymous** "R.C. Christian" brought the idea to the manufacturer in June of 1979. His book, however, was published in 1986. Did that passage of the better part of a decade change the thoughts of the guy who planned the inscriptions? I doubt it was that much, as you'll see from this quick review. 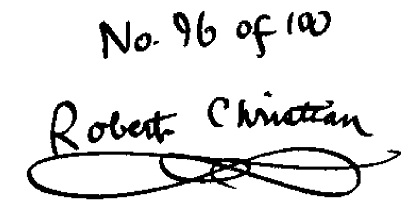 It's been 3 months now since I read this book (on the .pdf), but there aren't that many details to recall anyway. It's short and it's easy reading, so I'd guess the PS reader could get through it in a couple of hours to half a day. There's nothing PC or woke in there, but there's nothing profound in it either. If nothing else, this book may just bore you, but I enjoyed it. It was a nice look back into the mindset of someone aware of politics in the mid 1980s

This R.C. Christian says near the beginning "I am the originator of the Georgia Guidestones and the sole author of its inscriptions." He wrote nothing about any influence from any nefarious Deep State, Rothchildian, Skull&Bones, Masonic, Demonic, or any other kind of evil conniving historical/conspiratorial weirdos. (Of course, they probably wouldn't want him to.) We'll take his word for it, and you'll see why if you read the book.

The book and the Guidestones themselves are a product of the times. Those "times" mean the late Cold War era, in which lots of books and movies*** had come out to warn us of impending Armageddon. There was this "détente" period, nominally from the late '60s to the end of the '70s (ending with the Soviet invasion of Afghanistan), and this project was at the very end of it. Lots of nuclear arms limitation treaties had been hashed out and signed, etc., but this Cold War wasn't looking like it was ending anytime soon. Interestingly, Mr. Christian published this book only 3 years before the whole thing ended, but you wouldn't have known. Hell, even the vaunted CIA had no idea! ;-}

One thing I really liked about the book is something that is probably just a product of those times. The author wrote it from the point of view of an American, as an American! He writes as if aware of the problems of the world too, not just ours, but his emphasis everywhere is on what's best for America. You don't see that everywhere anymore, especially from guys that have the money to set up a bunch of 16 ft tall engraved stones on 5 acres.

The author's ideology in Common Sense Renewed changes over the chapters with the frequency of a cheap ham radio. (See, a sign of the times - that comes from Saturday Night Live in its heyday in the late 1970s.) Really, for a few chapters after the introduction could be pretty sure that R.C. Christian is a Ron Paul/Lew Rockwell style Libertarian and Constitutionalist, maybe even a John Bircher.

Then, he sounds like a real Conservative on immigration, when he gets to that. I'll write more on his views on overpopulation, but I can tell you he's a big, big eugenics guy. That was A-OK in 1986. Later on, though, as he prescribes solutions to the problems of America and America in relation to the other countries of the world, he starts talking about the government controlling this and controlling that and forming international organizations for this and that. His thoughts on preventing war eventually come down to forming an international organization that, to me, would not be any different from a one world government! Believe me, those who are worried about a number of these 10 pieces of advice for the world, that's not the intention of R.C. Christian. It's just that his solutions to the problems of the world are not all that well hashed out, because he's just one well-intentioned, but not particularly knowledgable, guy laying out his thoughts on saving the world. That's all it is. He's all over the map in this book, ideology-wise.

Now, since that #1 piece of advice inscribed into the stones telling us to keep the world's population down to 500 million people is what has various people around the world worrying about nefarious purposes, let me mention Mr. Christian's writing on population control. Again, this is from a few months later, but the gist of it is that, yes, world overpopulation was one of the BIG BIG worries of the time, probably second to nuclear world annihilation. It's still a big worry, but there's a big difference between the situation in 1979/1986 and today though.

See, in those years, the populations of the free world countries, the industrialized West, for the most part, were being harangued about overpopulating the world. There was that Club of Rome, and I'm not saying they were totally out there either. BUT, and it's a big BUT in all CAPS, Western fertility was already on the decline, but in the developing world, Africa in particular, it wasn't. It was a different time, you understand ... but in those days I give credit to the Club of Rome types for at least being consistent in saying that population growth should be limited throughout the world. That's because you could say that then.

It's not like the Africans had to listen though. The West did. I wondered if the author would mention China, and he did, with:"No major power except China has indicated an awareness of the problems of overpopulation." Well, the Western governments didn't have to do anything, as, via feminism and other aspects of the culture war, the populations fell for it, and well, fell, period. In the meantime, there's Steve Sailer's "World's Most Important Graph".**** That was, what, unexpected?

As I mentioned, R.C.Christian wrote as a Conservative on immigration (and also a race realist, as I recall) in this book. Almost 4 decades ago, he just didn't see what was coming for this country in that respect. As a Nationalist, he would have cared, and it'd have been nice if he had taken out one of the more useless platitudes, errr, commandments, and substituted "Protect the right of the peoples of the world to each maintain a nation for themselves." Was that one gonna bust the budget with too many letters or something?

OK, that's it. If you want to see what the planner and builder of the Georgia Guidestones was thinking, and what the general worries about the world were in the mid-1980s, check out R.C. Christian's Common Sense Renewed. Or, make a trip out to Elberton, Georgia - make sure to eat some Southern Barbecue, not Taco Bell.


* It worked not that long ago, as I saw the title in one of the older tabs.

** Being anonymous was something MUCH easier to do in 1979, before computers were networked and video was ubiquitous.

*** True, there had been movies about the Cold War and nuclear war in the 1950s and '60s too, but they did not seem to dwell on the whole annihilation of humanity angle so much.

**** For those not familiar, it's a graph of projected population of the continents/regions of the world, with Africa's rising quickly to nearly half the world by the end of this century!

https://vdare.org/articles/swedish-political-class-dumbfounded-by-paludan-s-koran-burning-muslim-violence
Moderator
PS: Speaking of Sweden, Mr. Kief, I just saw the following article on VDare this morning - Danish but also Swedish citizen and politician Rasmus Paludan is on a Koran burning tour around the country of Sweden. There ARE some brave people out there.
Moderator
PS: Good morning, Dieter.

I WISH that graph that Steve Sailer warns people about would get spread far and wide.

Those right-wingers in Europe can't know everything, but if they'd just take a little field trip - only an hour and a half or so drive from the ATL hub airport - direct out of Frankfurt-on-Main or Munchen - before the Kung Flu, at least - or read R.C. Christian's book, or read Peak Stupidity (there you go!), then they might realize this is not the path to the evil one.

About the Swedes, better late than never, I suppose, but it's very very late to finally understand the problem with this mass immigration. Any good solution becomes harsher and harsher the more time you have let go by.
Dieter Kief
PS
Mod. - just to let you know: For the right wingers in Europe being a supporter of the Georgia Guidestones makes you a genuine member of the Klaus-Schawb-WEF-Davos-Crowd...

The world is complicated.

If somebody would erect a monument for the most important graph in the world - maybe with a 1:1 relief-portrait of Steve Sailers new dog (which could be named Grapheme)- I'd happily support that with a donation.

Btw. - Swedish PM Magdalena Andersson - a Social Democrat... - just announced, that integration of migrants in Sweden - has failed. - And brought right wing political extremism with it (meaning: the Social Democrats might lose (or: have lost already) their undisputed political domination...)

https://www.reuters.com/world/europe/swedish-pm-says-integration-immigrants-has-failed-fueled-gang-crime-2022-04-28/?taid=626aa041895288000129aaaa&utm_campaign=trueAnthem:+Trending+Content&utm_medium=trueAnthem&utm_source=twitter
Moderator
PS: OK, thanks for the updated info on how get access this book, Adam. You've described that neat trick to me before.

For something like this, it's more a matter of it being lost than the author wanting to control it. Mr. Christian would probably have been glad to give this book out for free even before the internet. I wonder it the guy's still around. I'll do some checking...
Adam Smith
PS: 🙂 Cheers, Mr. Moderator and everyone...

“Mr. Smith's link to a .pdf file expired on the mediafire site recently...”

Yeah, those mediafire links do that after a while.
This is (partly) why I prefer the samizdat (style) image files...
https://i.ibb.co/rGD4bFp/Common-Sense-Renewed.jpg
(right click → save as → change file extension to .zip → open archive → enjoy)
(These links seem to last longer.)

Here's a fresh copy of that .pdf of Common Sense Renewed...
https://tinyurl.com/2f9vnja8

This link still works too...
https://tinyurl.com/sxrmz4y6

“Later on, though, as he prescribes solutions to the problems of America and America in relation to the other countries of the world, he starts talking about the government controlling this and controlling that and forming international organizations for this and that. His thoughts on preventing war eventually come down to forming an international organization that, to me, would not be any different from a one world government!”

Agreed. I too was disappointed in his faith in and advocacy of “international bureaucracies” and other forms of global statism as a solution to the problems we must one day deal with...

But I did enjoy reading Mr. Christian's book.