Another power of the Ex-Men

Not Unz commenter Rosie. Not an Ex-Man either, AFAWK: 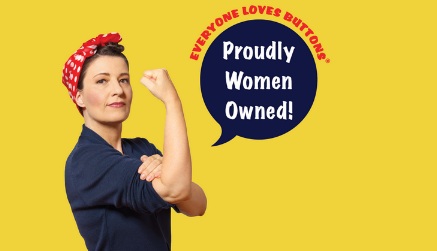 I'll keep giving hat tips to Steve Sailer for coining that term to describe the F-to-M transformers or whatever they are, until I get tired of it.

Anyway, in all his writing about the stupidity involved with these people, lots of it has been about their infiltrating women's sports and, expectedly, doing quite well at them. Peak Stupidity laid out our fairly hard-line stance of "let them* fight it out like the Iranians and Iraqis in the mid-1980s" in last week's post Steve Sailer on the X-men, with Peak Stupidity's take. (Yeah, Mr. Sailer has covered this flavor of stupidity quite well, as he likes his spectator sports.)

This stupidity in the world of women's sports may get a of publicity, but being an Ex-Men could have other benefits too. I had one thought about this, as I read more about some ridiculous, but seriously-taken, $671,000,000,000 reparations plan for black people in California. (Let me not get on that bandwagon, as we noted Ann Coulter's strike out yesterday, and we don't want to get on Mr. Sailer's striking out on that one. Yeah, but, he has... whiffed it.)

OK, enough intro. I may be behind on this, but, last I heard, there were stil many AA-style benefits for women too. It's not the same official government programs. Just like the Title IX Feral government interference with college sports, some of this is government-mandated, not just Political Correctness. Are there still special government loans for women-owned businesses, as there are for [INSERT any race/ethnicity but White here]s?

There are ways to work within these unConstitutional confines programs, and I encourage all who are able to to do so! Setting one's wife up as the company owner can work. You should be really sure she is a keeper, of course. (If you see anything coming, remember, sell all assets to your close friends for pennies on the dollar**, and expect nice Christmas gifts for the rest of your life - hard candy, fruit-cakes, small-businesses, etc... Oh, and don't forget the phrase "Bad night in Vegas". [ This SOUNDS like legal advice, but IT! IS! NOT! - PS Legal Dept.] )

Or, you can get a woman as a ringer, hopefully someone very trustworthy. Make it a black woman, and you've got even more money coming, but more risk too. Hey, that's all risk management - there are books on that sort of thing, at airports.

How about, instead of taking that risk you simply become a woman yourself? The costs are not as prohibitive as one might imagine. You could scrimp on the surgery, and just give yourself an official sick leave to Thailand to have a good time and then get your legs shaved. (They'll show you - I know a lady named Lola.) Get some official paperwork done when you get off sick leave at the country clerk's and the SS administration, and bada-bing, bada-boom, you've an Ex-Men and you, my friend, have got a woman-owned business!

What if they do away with the pro-female discrimination and fixate on the black people, legal immigrants, and illegal aliens, you ask? Give yourself some more well-earned sick leave and come in to the outpatient clinic for an addidictomey. I know a guy ... goes by Dr. Lola.

* "Them" being the pro-grlll-power style feminists and the Ex-Men.

** Shouldn't that be "Washingtons on the Benjamins" now, what with the inflation?

usNthem
PS
Ah yes, the 19th amendment. Can anyone say things have not gone downhill in the intervening 100 odd years? Of course, we can't put all the blame on their delicate (or manly) shoulders, but still...
Moderator
PS: In case the rest of you didn't get suckered in yet ;-} Mr. Smith's links go to:

404
Page not found
Just like a business on the moon, the page you're looking for doesn't exist. Return to the home page, or search for what you're trying to find.

“Are there special government loans for white-owned businesses?”

☮
Linders Bagels
PS They would be stupid not to take advantage of the Peak Stupidity of the Gynocracy and install the dictatorship of the dullards or global soviet.
Soft weak soy boys who go along just to get along will go quietly.
Adam Smith
PS: Good afternoon,

“Are there still special government loans for women-owned businesses?”

☮
Moderator
PS: "You don’t even need to shave. Or just come as you are and say you’re a butch lesbian. Defy them to say you’re not a woman".

Yeah, I know. One can probably get away with that for a lot of things now. It's hard for me to do this sort of thing with a straight face, in person, but almost everything is on-line now anyway.

"You want written proof that I'm a woman?! Well, that's offensive right there! I think I'll call my law ... oh, OK, you're good then?"
Robert
PS: Mr. Blanc, or is it that you don't have a pussy in that fight?
MBlanc46
PS I figured that this “men in women’s sport” thing wouldn’t go very far, because there couldn’t be that many men willing to humiliate themselves just to be the women’s whatever champion, could there? Apparently there could. I don’t care. I don’t have a dog in that fight. Can both sides lose? Please. As far as gaming the system, sure, have at it, if you can handle it. I doubt that you even need the hormones or the surgery. Just get a wig and some lipsticks and identify as a woman. You don’t even need to shave. Or just come as you are and say you’re a butch lesbian. Defy them to say you’re not a woman