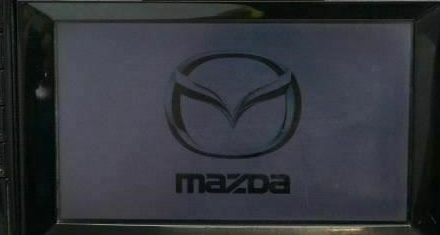 This story is funny on a few levels, one of them, the irony level, heard best up at 11. So, turn it up!

In early February of this year, various '14-'17 built Mazda models had lockups of their "Infotainment"* consoles. Those consoles run lots of the controls and almost all the features on modern cars. Actually, it was more like continual rebooting due to an error and forcing the drivers to listen to NPR. Hahhhaa, more details in minute...

Peak Stupidity has railed on the "smart" everythings under this Artificial Stupidity topic key plenty of times, and How much electronics do we need? is one on artificial stupidity in cars in particular. We also have posts about people's extreme reliance on GPS rather than things like maps and signs.

It kind of comes together in this story, as the cause of the problems was from digital radio. Maybe this is obvious, but I never put much thought into where those song titles and album cover images that appear on the console screens when one listens to the radio come from. They are just files sent digitally along with the music signals. I've found more technically detailed articles about this bug, but this The Verge article gives us the basic info that the (or "an") image file from the Seattle NPR station KUOX was missing an extension (such as .jpg). The software in those Mazda model-year's electronics did not have the proper error checking, so the whole units will crash and start up again. It must be that the radios return to the station last listened to (that's smart, but it used to be you just didn't touch the knob or pushbuttons), but that's as far as I got into the details.

The other features will not work**, and the radio would do nothing but play NPR station KUOX. Some users, or that'd be DRIVERS, reported they couldn't even listen to CDs, the back-up camera wouldn't work, and (not in the article linked-to here), even the GPS wouldn't work. OMG! How would you get anywhere?

The Verge writer Umar Shakir is begging for an updating system for these car consoles. Personally, I don't think I want to drive a car that DOES updates. If my console is busted, I could, like, think thoughts in my head, look at signs, follow the map I brought and just freaking drive, not operate a computer! I can do that at home.


Siri, help! My car is bricked-up to NPR! 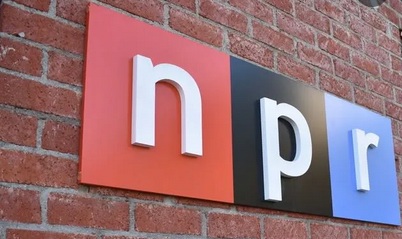 Long ago, in "All Things Considered", it's been a long road to Peak Stupidity, we discussed NPR radio (oops, is it small letters only "npr", now?). The commentators are left-wing as all hell, but they are very soothing about it. It's quiet and calm, pretty much the opposite of a hip-hop station, with that White Wokey goodness.

What I'd be most worried about, having my radio bricked to KUOX - npr, is my safety. That stuff will put you right out, not something you want on the open road ... It ought to rile you up and get your blood boiling as they are completely against your conservative traditions, but since they talk so nicely... soothing ... no, we are Socialists and hate your kind, but we don't rant or yell about it ... we like listeners like you ... we're just trying to calmly explain that ... yeah, and this one, Nina Totenberg maybe, sounds so educated ... like a young sociology graduate student... perhaps she works at the campus library when she's not on the air ... maybe a bit shy, she should probably take off the glasses and... not sure what she's talking about ... I bet she would look nice in the right outfit... yeah, something about equity ... there between the stacks in the reference section way in the back... oops, sorry Nina, I dropped that world equity atlas ... do you mind ...

HONEY, WATCH THE ROAD!! WERE YOU ASLEEP! AND WHY ARE YOU RED IN THE FACE?!

Speaking of bricks, yeah, this Ben Folds Five song is a sad one, but very good.

We can't end the blog-week on such a sad note, so here a much more upbeat song off of the same 1997 album, Whatever and Ever, Amen, from this Chapel Hill, N. Carolina band. This one is called Kate.

Thanks for reading and writing, Peakers! More of the tail end of the Kung Flu stupidity next week, at least one more post on the war that we are trying to avoid writing about, and maybe that Georgia Guidestones stuff? I don't know. Have a peaceful Sunday.

* The article that I link to here even uses that word.

** I wonder if the environmental control system only works off this panel too.

Moderator
PS: I meant to write back yesterday, A-G on this: I got the term "Artificial Stupidity" from John Derbyshire. I did thank him for that in the Unz Review thread of his column in which it appeared, and I have attributed that to him a few times here. I guess one can't keep doing the attribution thing every time.

I try to plug Idiocracy to anyone who I think might appreciate it. There are so many great scenes.

"This is to figure what your aptitude's good at." Mike Judge really has the LEO style talk down in this scene. Extra big or unnecessary words are inserted. "He was headed southbound on the I-5." No, "he was southbound" or "he was headed south", one.
Anti-Gnostic
PS

The npr communists are pulling out all the stops in their fight against capitalism.

☮
Moderator
PS: That's a tough call, Alarmist. Perhaps the best thing that could happen is the car following its internal GPS into a lake.

It's my wife too, but pretty much everyone I know, even though they understand this stuff, values his convenience over OPSEC, COMSEC, and EMSEC. One friend did get me to download the "Signal" app for text messages.

"According to anonymous sources, the flags are expertly crafted in secret in between production orders for Nike and Disney." Funny cause it's true?

"Camp guards first grew suspicious of the blue and yellow designs popping up everywhere when foreign reporters began petitioning for entry, apparently drawn to the vibrant Ukrainian colors like a moth to the flame. But camp guards breathed a sigh of relief when they realized the journalists were only interested in everyone's thoughts on Ukraine.
"We are beaten—we have no hope—" one prisoner pleaded through a shattered jaw.

'It is so brave of you to stand up for Ukraine, but I see that you are using Russian-made sewing machines? How dare you!' pressed CNN correspondent David Culver to one of the overworked prisoners."
The Alarmist
PS

Of course the soy-boys and girls would go for diminutive signage. BTW, when will NBC pluck the peacock? For that matter, can we still call them peacocks?

I don’t know what would be worse: To be a Uighur in a Chinese camp, or to have my car-radio bricked to NPR ... sorry, npr. I’ll take the camp ... at least there I have a chance to escape.

I disconnected anything in my car that could “phone home” without my knowlege. Same with my TV and a few other things. My wife, OTOH, is a bit of an OPSEC, COMSEC, and EMSEC handful.

And now, your moment of Zen from the Bee: