Anarchy in the UKraine 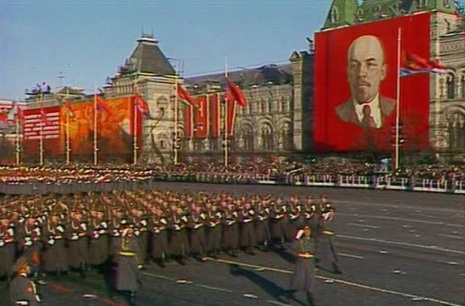 I, hence Peak Stupidity tends to miss a few big stories due to not being subscribers to the Establishment Infotainment. Just as I was very surprised over a year into his Presidency, due to my not hearing anything about it, that the '16 election Russia Collusion story was somehow still a thing* - see Nothing but Distractions - I've been surprised again with "what it this Ukraine stuff?!"

I know there was a big deal involving the Russians and the Russian contingent in that land a few years ago that the US had no business being involved in. It's back, and apparently, it could get as stupid as the beginning of WWI was, with nukes. I don't know any details, I never wanted to know, but I get the info. second-hand. I don't write this to sound proud of that, but just to note that it says something that Americans, with all the serious destruction going on in the "homeland" must now be worried about a totally unnecessary problem that the US Deep State and the Neocons have created.

In another good thread** under a Steve Sailer post, in this case simply titled Ukraine, commenter Physicist Dave says, "they are drunk with war". In my terminology, "they" would be the Neocons and the Deep State.

The Deep State people have been addicted to power since the end of WWII, with the OSS crowd turning into the CIA with at least a legitimate enemy for 40 years, as inept as they were at fighting it.

The Neocons have been drunk with power and war only since the end of the Cold War over 30 years back. As the commenter Almost Missouri noted in that thread, these are a lot of the same crowd (mind-set-wise) who were overly sympathetic with our biggest Cold War enemy due to, well, their being lefties/Communists themselves. However, after Ronnie, Maggie, the West German leadership, Pope John Paul II, and millions of American and other Western engineers, technicians, soldiers, sailors, and airmen won the Cold War, the Neocons were very jealous about the new American military sole super-powers. They wanted them some of that.

Whether it’s been to keep the American military close by in the Middle East for a half century to support Israel (whatever the specific wars – it doesn’t matter), or beating up on some Christians in the Balkans on behalf of some Moslems, just for the hell of it(?), or spreading the new (evil, IMO) American values around the world, or else, there was no stopping it. That’s changing.

Sure, they are fooling gullible Americans on this. Some old-fashioned conservatives who don't pay attention to the long term big picture may still have this idea of Russia as the 1980s USSR in their heads, as seen in the photo above (likely in their heads). For others, the Neocon and the Lyin' Press are just pushing this stupidity that lots of us see as bizarre because, for the former, the Establishment goes along with it, and, as for the latter, these hysterical ninnies on the TV news spout it all because they don’t know any better.

NATO was formed to fight the USSR. The USSR has been gone for 33 years. Disband NATO! (If you recall, President Trump said he would, but then he was quite the bullshitter. I mean, could the Commander-in-Chief at least order American units not to participate in any NATO programs? Sure he could, if he had some confidence and didn't get snowed by his hand-picked anti-Trump Neocon advisors.)

I don't know very many details of the Ukrainian situation. I don't care to know any more than what I already know - that American military action there has nothing to do with the defense of the United States. I couldn't have imagined even 20 years ago that I'd be rooting for Russia over America in a possible military engagement! Does that make me a traitor? I believe that makes me a patriot. As for the two former Cold War polities, 2022 Russia is not the Cold War era Communist USSR. 2022 America is not the post-WWII leader of the Free World, but is now broke, woke, and and a sick joke.

I just tanked diesel for what works out to roughly $6.70... I haven’t looked at the natgas bill since they upped it by 17% in October.

Given the shyte pResident Poopy-Pants is pulling with Russia, and the seeming willingness some Euro leaders are showing to ratchet up sanctions, I’m glad I have a couple wood-burning stoves and a forest in the back-40.

Many of my European colleagues think it is a mistake to be so beholden to the Russians for energy, but these are the same ones who insist 9n nuke plants being dismantled and replaced with “renewable sources” such as wind and solar. None of the can walk through “renewable” technologies from end to end and show how they are actually superior or better for Mother Gaia (hint, they aren’t based on current technology).

European governments are full of Magic-thinkers, and Anglo-countries are full of BS-artists who think they can bluster and bluff their way through the world to distract their befuddled masses as the ship sinks beneath them while the lifeboats are being actioned off to the highest bidders.
Dieter Kief
PS Gas is a bit under two Euros a liter. - In Switzerland where we usually go for a fill, 1,7o, because we have a deal with the Kanton of Thurgau and thus pay a little bit less taxes than the regular Swiss. My wife arranged for that. Don't know much about it.
My rule of thumb in the last decades was: 100 km cost ten Euoros for gas. That might not hold up for much longer.

On the other hand: You can always stop the pump when hundred Euros have gone into your tank. This fine habit cools some people down, of course:

Always know / which way to go!//
Don't let the clowns / at the gas station //
Bring you down / - No triumphs allowed //
In the gasline cloud / If you want to feel well //
Take hundred bucks go for Shell //
If you're in need of an espresso //
Have it over at Esso!

(The Glimmer Twins)
I say it out loud:
Get Yer Ya-Yas Out!
An' get off of my//
Exhaustion-pipe cloud!!

Hehehe.
Robert
PS: Oh, I forgot to add that Miss. Arcky was never in the UKraine.
Robert
PS: Many years ago, I worked with a young 'Goth' thing who liked to call herself Ann Arcky. She really was an Ann, but other than liking black makeup, there was nothing disorderly about her.
Adam Smith
PS: Good morning everyone,

If not for the (((usual suspects))), there would be no tension on the Ukrainian border.

Jews wants to sell natural gas to Europe, at a cost higher than Russian gas.
They really don't care if Germans have to pay more so as not to freeze.
That's the only reason the puppets of the Zionist Empire want the Nord Stream pipelines shut down.

There's also the usual war profiteering for the titans of the arms industry, should this skirmish go hot.

As Physicist Dave says, They're drunk on war.
I would say they suffer from a severe case of Imperial Hubris.
And they are out of touch with reality...

☮
Moderator
PS: What are the gas prices right now, Dieter? I am not happy with $3.09 a gallon (that'd be 0.72 € /liter). I'm sure you're paying a bit more. (That's for 87 Octane, hold the lead.)
Dieter Kief
PS: Bernard-Henry Lévi in my post below is one of the French neocons. As I said, he now wants the German gas-pipeline through the Baltic Sea to be shut down - as wants Biden and as wanted Trump... (it is ready to operate).The US figured that it would strengthen the Ukraine, if the Gas for Germany would be pumped through this country, and thus the North-Stream Two in the Baltic Sea had to be shut down. Plus they hope to ship liquid gas to Germany, in order to - help out for the losses of the shut-down of north tream two. - Gas prices have been soaring up since months in Germany (30%+ until now).

Oh and BH Lévi did really ask the Swedes to put their ever so tiny navy under alarm to support Ukraine - and they did!
Never Mind The Bollocks
PS Even Johnny Rotten is shocked at the flipping of roles.
Just read about new Russian MIL toys such as an anti-ICBM defense system that works up to 124 miles up with a response time of 3-4 seconds.
There is also a defense ring around Moscow with a ten kiloton anti-ICBM silo based A-135 Amur that can run at seventeen times the speed of sound.
There is also the Zircon missiles on ships that can't be intercepted.
At least we have the fabulous rainbow rump rangers and the foam pregnancy bump with pretty pink high heels struggle sessions.