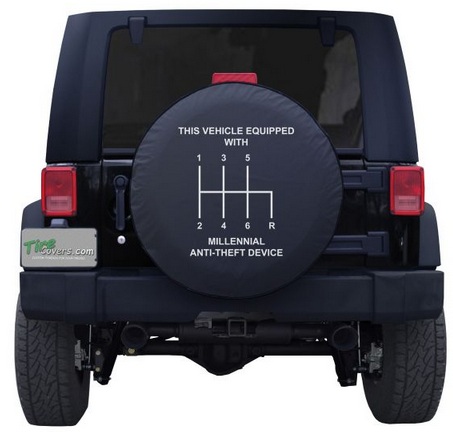 (Thanks much to Adam Smith for the appropriate graphic!)

This post is not really a continuation of Part 1, as the previous post was just an argument against disparaging or praising an entire generation based based on politics. This was to BE the post, and the meme given above given to me by Mr. Smith pretty much gives the point away.

First, let me insert a quick point here based on commenter E.H. Hail's comment regarding the generational names and definitions. The Strauss & Howe books that I will someday review (well worth reading, IMO - Generations: The History of America's Future, 1584 to 2069 and The Fourth Turning: What the Cycles of History Tell Us about America's Next Rendezvous with Destiny) are not the be-all-to-end-all. In fact, the reason the Boomer generation is smaller* by their definition is only to fit in with their theories of the cycles of history, archetypes, cohorts, ahhh, I'll review the book later...

Additionally, Mr. Hail points out that perhaps the Zoomers v Boomers is the real battle. I will keep "Millennials" for reasons of:

1) I've already got the nice graphic up!

2) The animosity I read and hear is usually between the Millennials and Boomers, or at least written/said that way.

3) Laziness aside, I believe the oldest age cut-off of 40 by S&H, and 38 by E.H. Hail** works fairly well for my point here. The youngest age cut off would be 18 by S&H and 25 by Mr. Hail with the latter's "transition" period to the solid Zoomers of 20 y/o. (Oops, I didn't define the Millennial in the previous post, except for referring to the ages near the end.)

Please think of both Millennials and adult-age Zoomers, any by S&H and 7 years worth by Mr. Hail, when reading this post.

I won't get too specific about pointing to a comment under an Unz Review John Derbyshire article that I want to address. I know the commenter neither by his writing nor his handle. The comment itself is here, and it's one I agree with for the most part except the one paragraph below.

The main point of the comment was something I've read and written about before. That would be the real misunderstanding by some Boomer-age people about the economic situation for the Millennials. The economics of America during the young adulthood of Millennials are simply not the same as they were for Boomers. No, you CANNOT just get a mail-clerk job at a big corporation and work your way up to upper management! No, you CANNOT work full-time each summer to pay for college! No, you CANNOT have two new cars and a 2,000 square-foot house and raise 3 kids on your middle-middle class salary For these, I should add ... or not bloody likely, anyway.

That's where the commenter starts, but I'll address the part in (my) bold.

Pay them a decent wage, train them, then watch the magic happen. The zoom crowd has been processing tremendous amounts of data every day of their lives. Watch a boomer try to play Minecraft or a FPS, it will mentally defeat them. Growing up on a farm (or the 1960s) will not allow your brain to reach its full potential simply due to lack of stimulation (Flynn Effect).

OK, well first, you know how I feel about video games. They should have freakin' quit while they were ahead with Space Invaders, Asteroids***, and Tetris. See our old post Video Games, great and stupid.

Yes, there video games before Minecraft, ones that required hand/eye coordination, quick reflexes, and visualization. The rules are simple, but to get better and better takes lots of skill. That is different in a major way from most of those new ones I've seen. Now, the idea is to memorize different tricks, get points in all kinds of different ways, and play with more than one opposing player, with much more interaction between players.

The commenter, astute enough, IMO, is probably referring to all the other electronics that Millennials (yeah, and especially Zoomers) are much better at making use of. Yes, young people are great at thinking digitally. It's If you do this, this happens, it may look a bit gay, but swipe over here, then click there, remember this .. next app, it works about the same except if you click this other thing, you get a menu in which you can swipe this other thing up … and so on .. You can move information around with little manual effort like nobody could before. Bye bye filing cabinets, paperwork, and even handwriting****.

Their world might be made up of nothing but information now, but the real world is not. Physical things must work for the world to run. Will the Millennials be able to keep the real world running? You can swipe here, tap here, or more seriously, add this software routine here and reprogram this other device, but real things have a structure, electrical circuits, sensors, etc. and must work under conditions of force/pressure, temperature, vibration, and so on.

What the Millennials have lost (or never had) is lots of analog thinking that the Boomer and older generations have/had. I’ve had a young lady teaching a class who got the Bernoulli principal backwards. She was great at saying how “if this happens and this is set, this other thing would happen.”, but she told us that the fluid flows from the low pressure to the high. She didn’t actually UNDERSTAND, Jack Squat! (I didn't bother to argue, as she wouldn't have understood and she'd already blew me off on another, even simpler thing.)

Without talking about engineers here, that guy on the tractor would know how a carburetor works, understand torque, speed, and power, and lots of things that a Millennial could not wrap his mind around. He'd inherently understand things something about static fluids, heat transfer, structures, and lots more concepts, not in an engineering calculation sense, but just in the practical sense.

What happens when the STHF? What are the, even smart, Millennials going to do when the iCrap craps out? Maybe right now they don't need to simply jump-start a vehicle, fix an appliance, or drill a hole, but simple skills that the Boomers have had for most of their lives are ones that many Millennials can't help with. Those electronics only help in looking up the answers, but without a deep understanding, "searching it up" won't cut it.

To me it'a a matter of digital vs analog thinking. I don't refer to the digital devices vs obsolete analog ones, but the real world is still analog. It's 2 types of understanding: "If this happens, then those 2 things are set, and you have turned off this other thing, this whole deal will work" is digital thinking. "Is this thing gonna hold up?", "What will the water do if I build it like this?", and "what am I actually doing when I let up this clutch pedal?" are analog thinking.

As I wrote in the previous post, differences between these generations are not inherent in the individuals. They have just grown up in different environments. When the SHTF, we may not hear any more of that "OK, Boomer." bit. "OK, Millennial, shift your gears."


* I meant to write this back to you in my reply comment, Mr. Hail.

** His comments are under the previous post - one can't link directly, as you have likely all gathered.

*** I can't tell you how much I respect the job they did with Asteroids - you had monochrome vector graphics and two buttons. Yet, the game made sense, you needed reflexes and speed, and those rumbling sounds from the sub-woofers, it was intense, man! (Especially at the Circle-K while you're consuming a 64 oz. Big Gulp.)

**** John Derbyshire just wrote something on this the other day as one segment of his December diary.

Moderator
PS: Alarmist, that is some dreary take on the near future for that generation, but maybe not far off in accuracy. I don't know how big the game business is, as I haven't participated much since, as I've written, the time of Asteroids and such. Perhaps in this future, the thing keeping the population under control will be their near-total immersion of they younger people in the false-reality of their games and such.

However, if, as you say, the field is dominated by big "players", that's too bad for your nephew. That was funny about the compass - not "getting the concept". I don't know if many of these people that are so good with the "apps" understand how they work or even think about it. That is, unless you do programming on these devices.

Adam, thanks for the Floyd. I'm listening now.

M, I appreciate your chiming in. The restaurant business is hard. It seems like nothing but cleaning, cleaning, and more cleaning!
M
PS
If lots of people want to do it, and lots of people think they can do it, then it won't pay much. Or the working conditions will be... sub-optimal.

I've heard that many video game programmers don't make much money and they have to live in expensive cities where the game studios are. Unless he has a talent for modeling with blender or something, working for a video game studio might not be right for him. Is there something he has a knack for that is marketable? What kind of skill could he learn? Is going to university worth it for him?

Maybe he could get a job updating the pronouns in old news paper articles and online encyclopedias and such?
Not everyone can be a twitch streamer...

My probably ADHD nephew has essentially gotten bounced out of school with little hope of getting into Uni. My wife says, “He can program ... he wants to be a game programmer. He won an award last year for a game he programmed.”

I had to burst her hopes by pointing out that most of the big-money games require teams of people who specialise in the various pieces, e.g. some do the graphics, others design the game flow and storyline, and still others do the programming that puts it all together. My nephew, may God bless him, might do a 99¢ app that sells a few thousand copies on the app stores, but he’s not going to single-handedly crank out new Call of Duty. Too many zoomers think they can

To your point, I am a Boomer, but Uncle Sugar gave me a few more skills than the average Boomer. We did a management off-site in 2019 which involved a little orienteering in the wild. One of my millenial colleagues, who figured he could read a compass kept confusing North with South because he was wearing a magnetic wrist band (yeah, WTF?). I pointed to a few landmarks on the map, then I pointed the small hand on my watch at the Sun and said, “halfway between the little hand and 12 is south” (yeah, do that with a discharged smart watch or phine). He still wasn’t convinced I was right, so I hit the compass function on my Tissot T-Touch, and then told him to get the magnet away from the compass.

Left to their own devices, most Millenials and Zoomers will be the prey and fertiliser when TSHTF. Hell most won’t get through the relatively slow meltdown Uncle Joe is bringing to America. By 2030, the US will have scenes straight out of Cambodia as they are forced out of the sustainable cities that they have embraced as our only hope to save the climate, and are forced to work the fields fertilised with their own shit to earn the UBI they thought would let them sit in air-conditioned comfort while gaming all day.
Adam Smith
PS: Not as good as the original, but...