That's "Omicron Mu Gamma!"* for the frat boys and girls and the Classics scholars, and these new Kung Flu variants are all Greek to me. After the first year's run of the PanicFest, they told us to be wary of the Δ variant.


The Tri-Δ variant - nothing to be afraid of here: 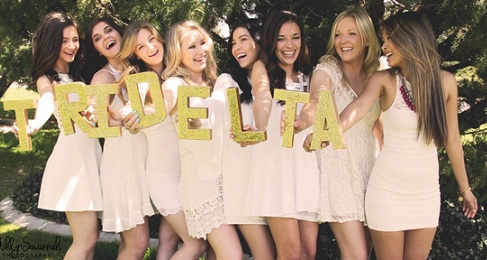 [That's not to say you shouldn't use the old-fashioned prophylactics, of course - Peak Stupidity legal team.]


I understand the use of Greek letters in science and engineering, as you run out of the Western (Arabic) letters pretty early on in describing the physical world. Even the Greek letters get double and sometimes triple duty among the different areas of the theoretical world, as there's so much to describe. However, in the PanicFest world, I'm not sure it's about running out of letters. The idea by the upper echelon of the Panic leaders is to blind us with SCIENCE! and they figure the use of Greek letters will help their cause.

People have noted that an anagram of "Delta Omicron" is "Media Control". Make what you will of it.

Don't all viruses mutate into different variants? The influenza virus (the flu) does. That's why we talk about bad flu years occasionally, when more people do get seriously ill. Is that not all that's going on with these Kung Flu variants? Has that knowledge about how viruses work been lost? I think that's what the leaders of this PanicFest are hoping.


She doesn't look sick. Maybe if we could look from the other side ... 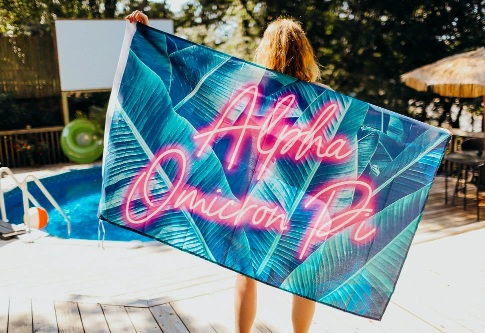 The appellation "Delta variant" made it sound to me like just some new version of the clap that perhaps started at one of the more active sorority houses during rush week. Is this Omicron variant out of one of the seedier frat houses? I just cannot get myself all worked up about it, and I think most Americans, Greek or Independent, are starting to get the same attitude. As the Dean of Student Stupidity, I have already admonished one of the boys of Omicron House:

"Panicked, masked, and stupid is no way to go through life, son!"

Yes, please take the advice of the Peak Stupidity legal team given above about prophylactics. They use that term for all sorts of thing now. When you enter Delta House, though, leave the face diapers and gloves at home, if you want to have any chance of getting laid. As the song says, "the Greeks don't want no freaks." 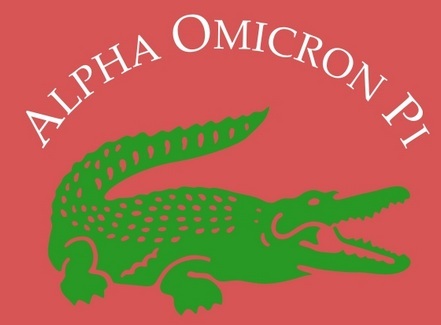 "Gator!" meant get down on the floor like an alligator. Yes, you have to be drunk, and likely this did come from the U. of Florida - Gainesville, the party school a cut above all the rest.

The Greeks Don't Want No Freaks was from The Eagles last "real" album (from before they broke up till hell froze over) called The Long Run. It's not my favorite, as two of the artists that made the Eagles were no longer in the band, Bernie Leadon (since before Hotel California) and now Randy Meisner. This is Don Henley at his best though, and it went along with the times - 1980 - very well.


Full Disclosure: The Peak Stupidity staff was not a member of any Fraternity house. I don't know if the partying would have put a damper on my studies, as the heaviest semester of drinking also coincided with my 2nd best semester GPA (3.8-something in a (what's now called) STEM major). I did partake in the free beer courtesy of those Greeks during rush weeks. I also have this memory of a couple of years before going to college seeing the campus for the first time. We took a shortcut through one of the frat house stairwells, and that stale beer smell was something else. I now have fond memories of it somehow!


* BTW, I did NOT take this idea from pundit Ilana Mercer from here, as I had intended to write this post since the beginning of the week. I wanted to leave this lighter-hearted post for end-of-blog week. This idea came independently.

** OK, there is probably a Xi involved, maybe the guy who first stepped outside that lab in Wuhan, China with Covid-19, not to mention dog shit, on one of his shoes.

Adam Smith
PS: Happy Sunday to you too, Mr. Moderator. ☮
Moderator
PS: Adam, I will get those .pdf's. Thank you for reminding me of that anagram that "onebornfree" had put in the Sailer(?) comments. I meant to put that in this post. I'll get it later on - gotta go now. Happy Sunday to all here!
Adam Smith
PS: Greetings everyone...

Happy generic winter holiday to you too, Mr. Hail...
https://i.ibb.co/fvJnvwZ/Happy-Generic-Winter-Holiday.jpg

Did you notice the links to those Patton books, Mr. Moderator?
(You'll find them under post 2121. Thanks again, Mr. Blanc.)

☮
MBlanc46
PS Most Americans might* be adopting the same attitude, but Those Who Rule Us certainly are not. In fact, just because most Americans might be adopting the same attitude, Those Who Rule Us are doubling or tripling down on forced vaccination. They’re already using concentration camps in Australia, former home of the most hard-ass white guys in the world. The EU commissars are debating forced vaccination, and it’s not easy to imagine that they will debate it and not try to do it. So, coming to the former Land of the Free near you….

* I do see some signs of this, but I don’t see any signs of real resistance to the government policies. The guy who posts as Tommy Robinson on Gab posts video of mass protests against the corona regimes in Europe, but a 60 second video shot from a certain angle doesn’t prove much. But there’s not even that much in the US.
Moderator
PS: Mr. Kief, thanks for the links.

I wish I knew as much of this as you do, Alarmist, meaning *I* would have gotten around more!

Mr. Hail, I am looking forward to more posts on your blog. You have specialized, as it were, in all things DiAngelo, so maybe a book report on "Nice Racism" would be in order. (Of course, I'd feel kind of dirty buying that book ... Adam Smith here will find you an on-line source after a while.) Hey, wait, I know what it is. You're in love with her, aren't you, Mr. Hail? ;-} (Sorry, Seinfeld reference there.)

I'm familiar with that one, Robert. Thanks.

Robert
PS: With all this talk of geek and variants:

Just in time for Hannukah-Kwanzaa season, I see that Robin DiAngelo has a new book out, titled "Nice Racism." A feel-good title for a feel-good season?

All-age, all-condition compulsory vaccination has never made sense (of course).

The Anti-Panic side's propagandists try to spin the latest news to push this point but it was always obvious.

Even before any studies came out (and we now have many), there was an obvious risk-benefit line given the low (~zero) risk to the young. That line was never going to be lower than 40, and possibly (IMO) was as high as 70, even 75, depending on how the dice fall with exactly how deadly the injections are. But the existence of the line (below which one should not be encouraged to get a vaccine) should never have been in doubt.
The Alarmist
PS

Yes, I remember Tri-Delts... they got around more than even Epsilon Omicron Pi. If you think Delta was bad, you can hardly imagine what you’ll get from Tri-Delta.
Dieter Kief
PS - There are some interesting scientists/ med. docotrs who claim that Omicron might well end Covid, because it works as a kind of natural vaccine by holding down the more serious variants of this virus.

One is named Monica Gandhi (no joke), she is a Californian virologist. The other one is this well known English gentlemen - Dr. Tony Hinton - here:

Kit Knightly is also at this systemic point with here article:

Jonah Goldberg has some infos along these lines too:

Is there some silver lining at the horizon? - Ha!
Moderator
PS: Regarding your 2nd post, I will be glad to read a report on "Hail to You" of your trip to the George Floyd Shrine, hallowed be his name up in the Great Formerly-White North.

I see the parallels you draw with the continual new variants of each. I will say that, though the 2 movements were symbiotic, the fact that we had all these people literally running riot during a time we were supposed to all be hunkered down apart from each other for safety was so obviously hypocritical. Maybe the idea to combat the obviousness of it is that the AWR people get a pass, as their religion is special and not subject to the dogma of the Panic religion. The vaccine passport business*, in which black people get a pass, is an example of this. I call it Anarcho-Tyranny.


* Luckily, that's not going on anywhere near me. It'd be a real shitshow, with LOADS of material for this blog, were that the case.
Moderator
PS: Yes, Mr. Hail, those Mega-Cult leaders are like the old Church leaders of the Middle Ages who would tell the masses (during the masses) what the Bible says, because they were the only ones who knew Latin. I

'd still have trusted the old Church leader more than I do these Panic leaders. We KNOW they are full of it, as some of us CAN read the science and data, and those who don't have seen the hypocrisy and continual changes and even reversals of the dogma.
Hail
PS

Both Corona and BLM, as social movements, use a similar strategy of pushing new "variants" to keep their people loyal, and as pretext to turn up the heat. In the BLM/Anti-Racism case, it's a combination of high and low (low: finding new cases of pervasive racism, in police departments, in right-wing social movements, or anywhere; high: new forms of hidden racism which anti-racism experts toil to discover). The process is partially controlled, partially random, but part of a well-functioning whole. I see a parallel with how both work.

I've lately been passing through Wisconsin and Minnesota and will probably have more to say on the matter soon, especially on my visit to the George Floyd shrine, which I made sure to make time to do.

The two big social movements of 2020m --- Corona and Anti-WhiteRacism (BLM was a part but not the whole; we do not have a handy name for the whole) --- have many similarities and were far more allied to each other than clashing with each other. A symbiosis. Their parallel use (as I see it) of a "new variant!" strategy may be more than coincidence, for they get disseminated in similar ways. I may write more on this in the coming week or so.

Before closing this comment let me say how disappointed I am in Minneapolis. For all the good it has had going for it, the city is a much worse place than it could be. This was already true in the 2010sbut from what I hear it's much worse (noticeably worse) in the early 2020s than even in the late 2010s. Mayor Jacob Shalom Frey is part of to blame, but there is a deeper rot in the place that must be broader than one evil actor, even if he is mayor.
Hail
PS

We must understand the "variant" talk to be the Corona Mega-Cult's leaders interpreting cloud formations or tea leaves or consulting with the gods via a secret The Science chamber away from view from the ignorant masses, with the goal of keeping up the Panic. Which is to say keeping the faith.

The inane and predictable "variant" scare (every virus mutates; there is some cold-and-flu virus 'variant' somewhere every day) --- it does seem to work for keeping the faithful loyal to the Corona-Cause, and it's one of their go-to tactics.