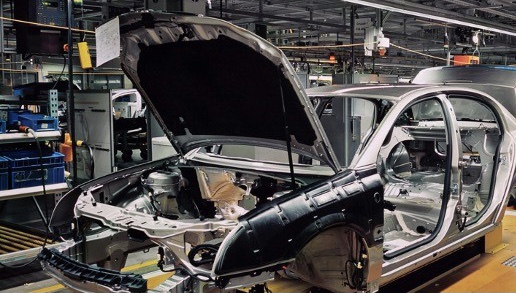 Peak Stupidity has dubbed the CheatFest-chosen President "Zhou Bai Dien" for a reason. I don't see how it isn't the case the the Chinese CCP doesn't have leverage over this guy via his wayward cokehead son, who has spent time philandering around the Middle Kingdom.

There are people who would call us Neocons for saying ANYTHING bad about China, and believe me we have!. The widespread conclusion is that the Neocon Left HATES HATES HATES Russia, while the Neocon Right HATES HATES HATES China. I'm not expecting an invasion or encouraging the US Navy to continue patrolling the South China Sea. No, I just understand that we are in an economic war that is almost over, as in, we've been losing very badly.

It really doesn't help matters if we let the CCP iEspionage, in the form of built-in back doors in Chinese-made computer chips infiltrate our industry. Per The New American site, we learn that Biden Gives Blacklisted Chinese Tech Giant Huawei Entry to U.S. Auto Industry

The federal government under Joe Biden is allowing Huawei, the blacklisted Chinese telecom monolith, to enter the American auto industry by giving the company licenses to buy automotive chips.

Officials at the Department of Commerce gave applications worth hundreds of millions of dollars to Huawei in order to purchase the chips for its auto business, Reuters reported.

What's the chances these chips DON'T have any iEspionage. Speeds are up, memory is almost free, and almost everything is on the internet - see the internet of bugs things..

President Trump, though easily distracted and incompetent in many ways, at least gave a damn about his country:

“We don’t want their equipment in the United States because they spy on us,” President Trump said at the time. “And any country that uses it, we’re not going to do anything in terms of sharing intelligence.” The Trump White House had previously banned vendors worldwide from using U.S. technology to produce components for Huawei.

The anti-all-things-American pundits, such as Ron Unz and company, will tell you that, no, it's just about economics. I doubt that.

“Is there a dictator or despot that this administration won’t surrender to, appease, or enrich?” Rogers asked. “I urge the administration to immediately reverse this decision before further harm is done to U.S. national security.”

As the Washington Free Beacon reported in June, Biden selected (and the Senate confirmed) Chris Fonzone, a lawyer who worked as a lobbyist for Huawei, as the top lawyer in the Office of the Director of National Intelligence.

The outlet noted that “In 2019, Huawei hired Fonzone’s firm, Sidley Austin LLP, to assist in navigating the Trump administration’s crackdown on the company for its ties to the Chinese regime and military. In June 2020 the Pentagon determined that Huawei is primarily backed by the Chinese military.”

But the Chinese links run all the way to the top. Bill Burns, the current CIA director put in place by Biden, has a long history of working with Chinese communist front groups.

There's a lot more in the article. Peak Stupidity says that "our" President is working for China while working against America. I would call him a modern Manchurian Candidate, but can you even hypnotize a demented man? Just asking, as I don't know. Luckily the question has never come up in my household.

Moderator
PS: The only thing left the US has any advantage on is the military, Mr. Blanc. That advantage is based on hardware though, not the woke-ass top personnel, and China can muster much more manpower. You can't keep a military that's powerful due to hardware for very long when your economy sucks and, even more importantly, it's based on imports from your "enemy".

So, yeah, there's all the S. China Sea, Taiwan Straits stuff from this broke-ass country. If we brought them all home and let them go, perhaps the money would be available for Americans to do more inventing and manufacturing with.

Anyway, I agree with your whole comment and the deal about Xi running rings around the Western idiot leaders. I mentioned the manpower, but I will say that one thing that would make me thing the Chinese don't want to make any big mass moves is the overwhelming number of only children. Not only are they a much more spoiled bunch than your 1990s young me were, but what parent wants to send his only kid to war?

Thanks for the great comment, Mr. Blanc.
MBlanc46
PS Well, what’s going on regarding China-US/West relations is getting interesting. On the one hand, there’s all the sabre rattling round the Taiwan Strait. On the other hand, we’re going to sell them some automotive computer chips, when we don’t have enough for ourselves. I’m sure that Totally Legit Joe would love to be raking in the Chinese baksheesh. But, the global bankers and capitalists are finally* beginning to twig that the Chinks are not, and never were, planning on playing nice. They want to run the game, not be the punters. And they’re succeeding. Now that our elites have exported huge amounts of Western manufacturing to China**, and had the intellectual property stolen, they’re scrambling to find a way to rein in the monster that they’ve created. Without, so far, much success. My guess is that, because Xi Jinping can run rings around the likes of Biden, Trudeau, Johnson, Macron, and whoever the new bozo in Germany is, the Chinese are going to become ever more powerful and the West ever less so. But, we shall see.

* I could have told them how things were going to play out 40 years ago, based on real evidence.

** And made trillions for themselves, whilst eviscerating our working class.