Our favorite VDare writer Jack Dalton on the American Commies 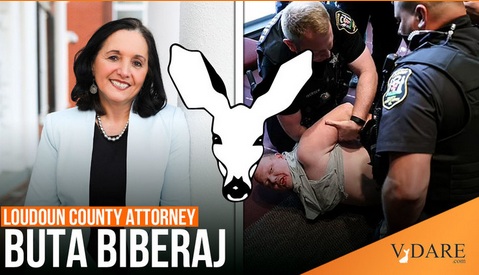 Our new favorite VDare writer Jack Dalton has another article up on the site that goes right along with the thinking of the Peak Stupidity blog. We like to call the American left Communists, and Jack Dalton, along with VDare founder/editor Peter Brimelow*, agrees with us.

If you want to know why you should reread Aleksandr Solzhenitsyn and absorb his most famous passage from The Gulag Archipelago, consider what happened last week. Leftist federal prosecutors in the Southern District of New York sent the FBI to raid the homes of dissident journalists who work for James O’Keefe’s Project Veritas. On Saturday, they searched O’Keefe’s apartment [F.B.I. Searches James O’Keefe’s Home in Ashley Biden Diary Theft Inquiry, by Michael S. Schmidt, et al., New York Times, November 6, 2021].

O’Keefe is famous for his undercover videos that expose Leftists at their worst. But they, supposedly, weren’t the problem. O’Keefe reportedly once possessed Ashley Biden’s stolen diary. In it, the President’s daughter wrote that she had “probably not appropriate” showers with her father as a child. The Project Veritas raids are just the latest proof that we are living in an anarcho-tyranny in which the Deep State and its communist legal apparatus are prosecuting law-abiding, patriotic Americans.

VDare puts in hyperlinks like it's 1995, so click over there for lots of background - there are 10 links just in those 2 paragraphs alone. More:

So why a federal dragnet over nothing more than a petty theft?

To send a message.

He gives some examples. I don't want to excerpt the entire article. After that:

No wonder the FBI and Justice Department went after O’Keefe with even the flimsiest excuse. They’d love to do to him and his courageous colleagues what they’re doing to Trump supporters at the January 6 Mostly Peaceful Protest [An Alarming Letter From January 6 Protester Nathan DeGrave, From His Jail Cell in Washington DC, by Sundance, Conservative Treehouse, October 30, 2021].

Then we read about the piece of work in the VDare image above. She seems to be a cadre under the tutelage of the Totalitarian scumbag Merrick Garland:

NSBA subsequently apologized, but the damage was done [School boards group apologizes for letter linking protesting parents to domestic terrorism, by Valerie Richardson, Washington Times, October 23, 2021]. The anti-parent outfit got what it wanted, particularly after what happened in Loudoun County, Virginia. A “gender-fluid” boy in a dress raped a ninth-grade girl in a high-school bathroom [Loudoun Co. judge rules teen sexually assaulted girl in school bathroom, by Neal Augenstein, WTOP, October 25, 201]. The girl’s father lost his temper at a school board meeting after a Leftist woman said his daughter was lying, and even worse, after school board members and the county superintendent said no such assault had occurred [Loudoun County Schools Tried To Conceal Sexual Assault Against Daughter In Bathroom, Father Says, by Luke Rosiak, Daily Wire].

From Mr. Dalton's excerpt of writing by one Bruce Lashan of an outfit called WUSA9:

Biberaj has been slammed by the New American, a publication of the John Birch Society, as a Muslim “immigrant prosecutor who arrested an ‘American’ who complained about daughter’s rape.” VDARE, a Southern Poverty Law Center designated hate group, said on Twitter, “Loudoun County prosecutor Biberaj is an Albanian Muslim immigrant from Montenegro. And yes, she was elected by a 1% margin after George Soros paid $845,000 to support her bid.”

Biberaj says her campaign has taken money from Soros, a billionaire philanthropist and mega-donor who was born to Jewish parents. But she said Soros’ team “has never asked for anything in return.” Soros has been a focus of right-wing anger for years.

Hahahaaa! No, Soros never asks for anything in return. He was just giving out $845,000 to a Moslem immigrant running for country prosecutor in order to earn his Citizenship in the Community merit badge. Notice that the $outhern Poverty Law Center is THE designator of the "HATE" label. It'd sure be nice to get that contract. I'd be happy with a notary public embosser myself!

We suffer under a totalitarian communist regime, and not just on the federal level—the cancer has metastasized to the state and the county level too. This is headed in a very bad direction.

I agree. Jack Dalton didn't know it as of his writing this, but Kyle Rittenhouse's acquittal has slowed our progress down this path. These Commies are unrelenting, as always.

Nice article again, Jack Dalton. (I hope VDare will publish him more frequently in the near future.)

* Mr. Brimelow wrote this tweet agreeing with Peak Stupidity's take on the ctrl-left. (There was some confusion, as he linked to tweets by a guy with the "@StupidityPeak" twitter handle. However, he linked to our article OK, Some (V)Dare Call it Communism.) Thank you, E.H. Hail, for finding this tweet.

Oh, and I realized (just now) that Mr. Brimelow's tweet with one segment of my post has a homophone typo - "than" should be "then". Fixed here, but not there, wherever "there" means?

** Bear with me, as I'm catching up on some "hey read this!" posts, going back a couple of weeks.

It is a mistake to think today’s ChiComs are the same as your Mommy’s Commies.

Chinamen gonna be Chinamen first, maybe Commies second.
Moderator
PS: Mr. Blanc, that does seem like an oxymoron. Can their be billionaire Commies? In the old days, their economies were so bad that nobody got rich on it, though the big shots got more than their "fair share".

It should be the Communists railing against these billionaires, but I don't see any of that either. Plus, that would make the likes of us the Commies, which does not compute. The enemy, both the big billionaires and the useful idiots they support are Totalitarians. They want to destroy the society they inhabit while at it (contrary to the practices of the Chinese Totalitarians). Maybe Soros, Bezos, Zuckerberg, and these types are like the rich supporters (from afar) of the old Communism in Russia too? Or, were there any?
MBlanc46
PS The problem with your thesis is that you have billionaire Communists.
Moderator
PS: That's it, Mr. Hail. I don't have a twitter account, and it's not likely that I ever will, so I could not do a search there. DuckDuckGo search didn't help me.

Thank you for the info. on this StupidityPeak guy. Oh, yeah, you took the Superman reference to its conclusion. Nice.
Hail
PS

I will come through for you on this one:

but he linked to some bozo using the handle @StupidityPeak. That imitation-Peak Stupidity joined Twitter in October 2020, has only four followers, and describes himself as: "A weekly conversation about news, music, movies and pop-culture. May contain traces of stupidity. Listen to Peak Stupidity on Spotify and Apple Podcasts."

If anyone's curious, @StupidityPeak is not active as a tweeter and hasn't tweeted anything since election week 2020, but when he was there, he was pro-Biden and anti-Orange Man. Here is one:

I think I can speak for us all when I say that we want to know the answer to these two important questions:

Does this "bizarro Peak Stupidity" (twitter @StupidityPeak) know about the original, PeakStupidity.com? What would happen if the twain should meet?