Some Great News (for a change) 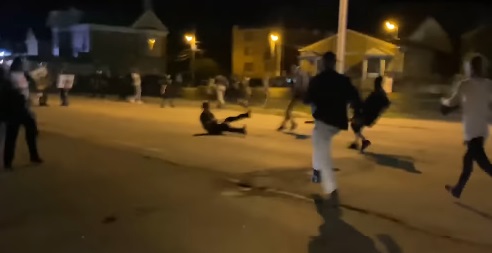 He's been acquitted on all charges.


Peak Stupidity wrote a few days after Kyle Rittenhouse shot the 3 antifa Commies that his shooting them was very obviously done in self-defense and was an excellent job at it, at that. See Kyle's Life Matters.

This case was one of 3 related cases we discussed in Three trials for the purpose of crushing American resistance, but it was the most important. If the Establishment legal system is going to put us in jeopardy for simple acts of self-defense, then things have gone very far down the road toward Communist oppression.

The jurors of Kenosha have struck a blow against the ctrl-left's march to take us down this road. Their doing the right thing has not only vindicated Kyle Rittenhouse for his 2 1/2 blows to the ctrl-left, but, more importantly, it gives the rest of us patriotic Americans much more confidence that we can stop these people, without going directly to civil war.

It's not like the Commies will just give up and go home though. We just have more time than we'd have had if this verdict had gone the other way. Even personally, this verdict has had an effect on my thinking for the long-term plans of my family.


PS: I've got ~ 20 posts in mind, backed up here. This good news needed to get on the site. It's not as if Peak Stupidity often reports on current events in a timely manner. Enjoy it while it lasts. ;-}

Moderator
PS: I've seen that one too, thanks again, Alarmist, and commenter "M" too.
M
PS
Another article from the record for our times:

https://babylonbee.com/news/after-prosecutors-find-mail-in-jury-votes-at-3am-rittenhouse-now-guilty
The Alarmist
PS Not so fast! This just in...

https://babylonbee.com/news/after-prosecutors-find-mail-in-jury-votes-at-3am-rittenhouse-now-guilty
Moderator
PS: I am pleasantly surprised that the jury didn't convict based on cowardice about the veiled and some unveiled threats from the ctrl-left.

I need to read the Babylon Bee daily, Adam. Even the headline from the URL is making me laugh. Thanks.
The Alarmist
PS


Did you catch this one?