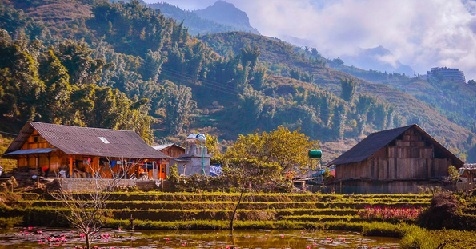 This post is a follow-up to our post of one week ago, but, as it turns out, it is a follow-up to a post of 3 months ago simultaneously. That is because, due to the 2nd absolutely egregious PS brain fart, we had forgotten last week that we had cut/pasted these nice prepper-like, screw-the-system, drop out ideas from Unz Review commenter John Grusko ALREADY. Actually, this is the 2nd time that we can REMEMBER, in fact. Yes, semi-chronic CRS* can be ugly, people.

I put a bolded statement to attest to this error in that previous post. At least, as I wrote in the update, my commentary was different last week than 3 months back. Last week's was Semi Off Grid, and the 3-month-back post was John Gruskos has a new version of "Turn on, Tune in, Drop out". Yeah, I had a different theme in that earlier post.

Anyway, all I want to do on this one is affirm my adherence with the many ideas from Mr. Grusko (whoever he is). That is not at all to say I am somebody special, and the readers haven't thought of most of this and/or more. This is to demonstrate my agreement with this drop-out or semi off grid way of living.

I left out both the very good introduction and the good conclusion by Mr. Grusko - they are in the other two posts. Here we go:

Don’t give them interest. Instead of borrowing, save and buy with cash. - ✔

Don’t give them insurance premiums. Don’t carry any form of insurance, just live a careful and healthy lifestyle. - As a young man I did this with health insurance (a long time), car insurance (at least 10 years), 8 years with homeowners' insurance, and I've never seen a reason to have life insurance, being not even sure it's mostly a scam. My reasons were often different though, such as being tired of getting ripped off, mostly.

Don’t give them rent. Blackrock is on its way to becoming the only landlord. - After about 3 years - ✔

Don’t make your adult children pay rent to Blackrock. Let them live at home while they save to buy their own house with cash. - Well, I'd like to introduce independence early on, so I see some downside in addition to the very valid point. Living together in the same small community would be a compromise.

Cancel your cable subscription, cancel your Netflix subscription, don’t go to the movie theaters, don’t rent from Redbox etc. - As of 22 years ago on the 1st, forever on the 2nd/4th, and 3 movies** over the last 10 years, ✔

Sell any and all Hollywood related merchandise currently in your possession. - No can do. As far as I know, I don't have any, so .. ✔

Eliminate (alcohol, tobacco) or minimize (gasoline, guns & ammo) your purchase of goods subject to Federal excise tax. - Now here's one I partially disagree with. Tobacco is not a factor for us, so I have no argument there. Alcohol is not much of an argument for us, but what I did stock up on was obtained at a very good price at the duty-free store. (There were tricks involved.) No duty, then no argument from me, but I can see where, barring having one's own still and/or doing a lot of home-brewing (great stuff!) others could rightly differ. ✔

Regarding gas, the serious preppers go diesel on lots of engines for a number or prepping-type reasons. There is that agricultural use thing too, so this is doable for some, but not for most of us. It's the guns and ammo one for which I say "no". If you reload, good on you, and guns can be obtained off the record. However, I say get your supply of both, and don't let the tax paid worry you. Hell, all of this stuff will be worth relatively much more once the dollar goes down the toilet, so that tax will have been peanuts in hindsight.

Never visit DC – don’t give the DC local economy a penny. - Missed it by THAT much! The last time had been a few decades back, but then my wife really wanted to go during a break we all had. OK, fine, you've seen one cherry blossom tree, you've seen 'em all, or plant your own! The museums had already gotten pretty woke by this time. However, for the future - ✔


State and local government (if you live in a blue state):

Eliminate or minimize purchases of goods subject to sales tax (junk food, fast food, “durable goods”) - How about get your durables from a red state, if you are not already there? ✔

Refrain from any home improvement which would increase your property tax. - That is very important in the very high property tax States of the northeast. Where we live, it's not but a few hundred bucks a year difference. I did manage to get the house appraised last at a really opportune time, seeing as the house was a disaster area at that point, hence that was the appointment time I made! I've never bothered with any building permits. so ✔

Don’t visit NYC or any other ultra-liberal area as a tourist. Never give the bastards a penny! - We may end up in NYC another time or two, but we are loath to shell out the big tourist bucks to begin with. Otherwise - ✔

Tell your daughters to get married instead of going to college, and tell your sons to use higher education strictly as vocational training, with the explicit goal of paying as little as possible. - ✔ (though still in the future)

Emphasize that an Ivy League degree now carries negative prestige in your eyes. ✔

Cancel subscriptions, and don’t click on their websites (eliminate their click-count based advertising revenue). ✔

Use a $5/month “kid phone”, delete your facebook account, cancel your internet access, use the library for free internet access.. - Though I agree with the idea of getting away from the iEspionage as much as possible, what in the world will happen to Peak Stupidity though?!! That's a no-can-do for me for right now, but a goodidea for some of us.

Eat healthy, stay hydrated, exercise, get a good night sleep, and when you are very old and its time to die, just lie down and die gracefully. - I am really trying and successful on about half of this.

There is no need to ever give a penny to the so-called “Health Care” industry, staffed with murderers who perform abortions, perverts who perform sex change operations, and drug dealers who sell Oxycontin. - I'm in partial agreement. I did not refuse treatment after 2 different wrecks, but I was already insured via someone else the 1st time, and I paid my bill directly the 2nd. Buy catastrophic coverage, unless you really have a lot of money. Pay cash to any doctors and dentists who will (usually) be glad to take it. (That often gets you first in line to boot.)


Upon this reflection post, I am pretty down with Mr. John Grusko's suggestions.

Feel free to add give opinions on your reasons for adherence of non-adherence to these steps to minimize feeding the system that is not in any way working for our benefit at this point. Also, additions would be welcome.

MBlanc46
PS Never give the bahstahds a penny more than you have to is a good maxim, but most of us aren’t ready to give up on daily life quite yet.
Moderator
PS: Obviously, that last comment was in reply to Mr. Hail.

This guy didn't comment much, if at all, on the Kung Flu. I looked at that time period, Spring '20, and going through the end of that year, he wrote a few comments about the BLM violence, but nothing... In fact, he wrote nothing during the months of March, April and May of '20. Maybe he was down with the Kung Flu, haha, or more likely, tired of tall the hype, just like you and I were.

https://www.unz.com/comments/all/page/2/?commenterfilter=john%20gruskos
Moderator
PS: I respect your having quit commenting on Unz cold turkey due to the un-expected panicky behavior of Steve Sailer and some others*. I don't know if you do any reading, but here's the first page, going in reverse chrono. order, of this John Grusko's comments and responses:


* As I've written, after about 3 months of that, Mr. Sailer calmed down to his usual common-sense self on this, though he never did say he was wrong in Spring '20 and is also a bit derogatory (though lately, only in fun) to the "vax hoaxers" - I don't think Steve uses the hoax term now - that's a Ron Unz thing.
Hail
PS

John Gruskos is a type which if the USA had more of in the right positions at the right times with enough fighting spirit, things would have been a lot better off.

I don't recall which side he came down on with the Corona-Panic, but I'd bet a lot he was an Anti-Panicker from early on, and some of these comments also hint at the same.

I think John Gruskos was also among those who turned against Trump by late 2018 or 2019 (if he was ever for him) as a plutocratic demagogue.
Hail
PS

I always felt he was among the best commentators at UNZ.

He always had something constructive and positive to say, seldom wasted words with the trolling or self-entertainment which tend to characterize comment-sections that accumulate a set of regulars.