Can we name them, or not?! No, not the post titles, but this seems a very good working title for any upcoming articles the Peak Stupidity Public Health department may add to the existing Flu Manchu literature base. We will be sure to include any and all PS commenters as additional authors. 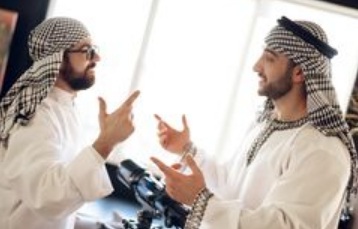 The Arab world is widely known for it's expectoration-based dialects.


I came upon this Russia Today opinion editorial: Are we heading for mask apartheid in which only speakers of English are required to cover their faces?. Though the op-ed was published on a Russian website, its author Robert Bridge is an American who understands clearly American stupidity.

You'd figure this is the usual anti-all-things-American and especially anti-traditional American (those of us who speak English) crap. You come up with some pseudo-scientific hypothesis to justify another screw job. Yeah, but this was in Forbes magazine, as written by one Alison Escalante ("Escalante"? Yeah, doesn't like White people. Check.) I thought Forbes was kind of conservative. Is it still being run by an investment magnate, like Steve Forbes, or is it all stupidity magnates in charge there now?

The original article, in Forbes is Why Speaking English May Spread More Coronavirus Than Some Other Languages. Mrs. Escalante maintains that 3 or so of the consonants in English are superspreader consonants, if I may (and, yes, I WILL).

Specifically, the consonants [p] [t] and [k] are aspirated in English. Making those sounds throws myriad tiny droplets from the speaker’s respiratory tract into the air, creating a cloud of spit. If that person is carrying a virus, the air is now full of viral particles.

Holy expectoration! Total Kung Flu Panic Fest! I'm no linguist, as the author pretends to be, but I would add [F] to those 3, capital [F] only, as in "Fuck this shit!" [ Oops! Are you OK? Do you want we swab you right here? How about we go up to the lab, give you a jab, and see what's on the slab? - PS Pubic Health Department]

I'm not much more of an expert on languages than this piece of work Escalante is, but I do know that English is not nearly the worst language for projectile droplet ejection. Has this author ever hung around with an Arabs and those types? You can just watch on TV (and a lot more safely, I hasten to add). English has its Latin roots and its Germanic roots. Arabic has all its roots from the proto-expectoration languages of the Middle East. (Actually, it's MENA now, per the PS handy PC guide.) Let me tell you, Alison Escalante, if you want to talk about a "spitty language" (your technical term of art), you ought to hang around some of the Arab contingent. Listen, and learn, and ... bring your wipes. I am under the impression that if one can't hawk a loogie more than the 6 ft required social distancing requirements, he will have no hope in getting past anything more than sophomore level Arabic. Rosetta Stone has, in fact, made special liquid-proof packaging along with 20 wet-wipes per lesson in their Arabic units. There are lots of words that can't be properly pronounced in Arabic without the hawking of loogies that could contain billions and billions of the COVID-19 virus particles. Sure, if you want to forever sound like some rube with an American accent ...

So, lay off us English speakers, Mrs. Escalante. You may want to suggest more face diapering to and of the Arab contingent. After all, they already have plenty of material to make them with ... wrapped around their heads, ... oh, wait a minute, is that why ... they ...

Well, I don't want to take RT's Robert Bridge's fisking fire here, so read his quick take to see the stupidity here. One more bit from Mrs. Escalante though:

The take home? No matter what language we speak, wearing masks is a practical way to mitigate this issue. When we talk in masks, we keep our droplets to ourselves.

OK, so your hypothesis was for nothing then? Why am I reading this? Oh, because it's on the internet, right.

Lastly, per commenter Alarmist*, the Scottish have been known to use expectoration to good effect too:

* And hat tip to Adam Smith for the link to the youtube clip.

Adam Smith
PS: Top of the evening everyone...

Off topic, but Black run America is going to be so lit...

☮
MBlanc46
PS Steve Forbes is a full-bore globalist (like most capitalists), and globalists hate the traditional American nation, which hinders their getting even richer than they already are.
The Alarmist
PS

That’s the one. Not as many as I remembered, but a couple large drops went flying there.
Adam Smith
PS: Aloha...

All this hoopla over a virus that's never been isolated.
https://www.fda.gov/media/134922/download
(Helpful hint: Turn to page 41, read paragraph 2.)

Mr. Alarmist, is this the clip you're looking for?

I hope everyone has a great afternoon.

☮
Moderator
PS: Well, I won't be reading that, GSC, but that really seems to be the way things are headed. Americans better resist in large numbers first, because they will fold like a cheap suit in small numbers.

Alarmist, I'll go look for that one and add it to the post, if I find it.
The Alarmist
PS

Break out your copy of Monty Python’s Holy Grail and go to the part where the knights approach Tim the Enchanter to ask him to take them the cave of something or other ... the scene where he describes in a very Scottish brogue the certain peril that awaits them at the cave is the finest example of expectoration-while-speaking I have ever seen in any film or show.
Good Strong Coffee
PS Johns Hopkins has the SPARS pandemic 2025-2028 manual available online in PDF format.
It is a large file and a long read.

A triangle with a U in it for unvaxed in the new Apartheid?
It is based on NSDAP or Nazi concentration camp protocols for gypsies, homosexuals, socialists/communists and other enemies of the state.