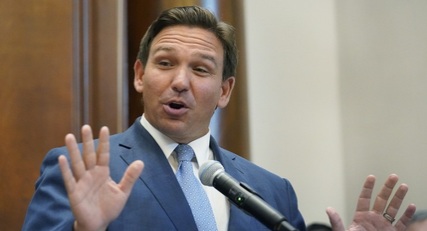 Would I want this guy to run for President? Sure, as with President Trump, it'd be nice to just see someone in that office who wasn't out to destroy America. However, perhaps I'd rather this guy just remain Governor of one State. I'll explain that at the end.

In yesterday's post Peak Stupidity (may have) introduced the reader to a new excellent writer at the VDare website. Jack Dalton is the guy's name, or likely his handle anyway. I wrote "new" yesterday before I looked through Mr. Dalton's posts on the site. Well, 1 1/2 years is new for VDare anyway, as they've been around 2 decades, and I've been reading them almost all that time.

I've got to digress here, because, upon looking at the titles, I noted that Jack Dalton's first article on VDare was DON’T GO To Richmond VA Pro-Gun Rally! Stay Home, Clean Your Guns—And PREPARE TO VOTE!. Ha! This is very interesting, and I know I absolutely must have read that 1st VDare article, as I remember that Jack Dalton was wrong! Even the best of us can be. How I know he was wrong is that I was there reporting back with There's great power in numbers - Case study: Richmond, Virginia, with pictures of the crowd of many tens of thousands of gun-carrying 95% White people out there that day. That there were 10's of thousand is the reason ignoring the BS narrative out of the ctrl-left that day worked, and the only reason, as we noted in Richmond gun rally - a lesson about ignoring the narrative. Mr. Dalton graciously admitted he was wrong the very next day, in. his 2nd VDare posting VA Second Amendment Rally An Invigorating (And Implicitly White) Success.

Where the hell were we? Oh, yeah, Jack Dalton has got to be my number one favorite writer on VDare, of many contenders. Before his last article, of which this post was supposed to be referring to, he had written The Democrats’ RED DAWN: Yes, It’s A Communist Coup. But There Are Signs Of Hope, which we mentioned at the bottom of our recent post None dare call them Commies. Besides being a hard-core immigration restrictionist, as are all the writers at VDare, this guy has at least a little disdain for the Kung Flu PanicFest, understands the new Commies America is dealing with, and has brought up my favorite Governor, one Ron DeSantis of the State of Florida.

Governor DeSantis is the third of our trifecta that we are promoting today. Jack Dalton's most recent article, This COVID + Immigration Crisis Is Creating A Huge Political Opportunity For Trump—Or DeSantis? is one Peak Stupidity used just yesterday for blood pressure medication, of all things. In that article Mr. Dalton also promoted Ron DeSantis as a great candidate for President. I can't argue with that.

It's not that I know all the details about the political career of Mr. DeSantis. Perhaps, as I've read, he's an Isreali ass-kisser*, maybe neo-con leaning... I don't know. I'm guessing some of this is mandatory to get in a high position in the Feral government.

This is finally getting back to my point up top. I've noted that there is great power for the people, meaning us, in big numbers. We had them in Richmond in Jan. of '20, not enough in Jan of '21 I guess?** However, the level of power in between, which has been increasingly suppressed since the time of Abraham Lincoln, is State power. Mr. Dalton did not mention this, but the way to fight the Communist, woke, America-hating people in the Feral government is also through a revival of Federalism.

Rather than putting our hopes in another President on OUR side, even if much brighter and capable than Trump, who may get stymied at every turn by The Establishment, not to mention deplatformed by the very same, why not start fighting these bastards at the State level? Florida would be an excellent start. Rather than an ineffective President I like, I'd rather see a guy like Ron DeSantis tell the President "go fuck yourself!" at every turn.

Federalism! I hope decent American patriots will note and support actions and guys like Ron DeSantis. "Federalism. It's not just for Constitutionalists anymore."

* Florida does have a large Jewish contingent. They VOTE. The Early Bird Special can wait.

Moderator
PS: How are you doing, Joe? I'm guessing Sean Hannity thinks the 2nd Amendment is VERY important - for duck hunting. There are plenty of supposed 2-A supporters who are queasy about people actually going around armed. I haven't seen the guy on TV for a decade or more though, Joe.
Joe Stalin
PSI note that Sean Hannity is one of those that proclaims he is pro-Second Amendment but doesn't want people to go out in public demonstrations armed; he certainly doesn't mention gun control much is his radio program. One thing that gets me is his constant mention of Israel in parallel with what the USA is doing; weird.
Moderator
PS: Thanks for the info on DeSantis, Adam, and about the term limits, Mr. Kurtz. Were it not for Amendment XVII, one could see the guy as doing a lot of good as a Senator from FL. He still could, but somehow that office seems to hardly be State related anymore. Who would he stand for?

Thanks for writing in, VHNT and Mr. Kurtz.

I lean toward Alarmist's and VHNT's view that we may be out of time and that thinking of 2028 and further election-wise is almost futile.
Moderator
PS: "I think the real purpose behind the electric car mandates is that the overlords do not want normal people to have independent means of transportation. They'd love it if most people had to rely on public transit and corporate ride sharing. In their version of utopia only the very well off will be able to afford private means of travel. The rest of us can eat bugs and defecate on the street.

As you say, own nothing, be happy."

BINGO! I agree with that. I keep forgetting to check out Eric Peters Auto once in a while. He used to get on the order of 100 comments per article, most political, and others car-related, as I recall.
Adam Smith
PS: Good afternoon Mr. Alarmist,

The mountains around here make traveling by bicycle impractical for all but the most avid cyclists.
Fortunately, I have a car that can run on used cooking oil.

And the purpose of COVID and the Great Reset is to make sure the plebs who survive the Vaxxdemic won’t need or be allowed to go anywhere where travel beyond bicycle is necessary. But we’ll all feel good for our role in saving Gaia.

Mr. Alarmist. Indeed. “Electric cars will vastly increase the amount of electricity Britain uses. And generating electricity will remain a dirty, inefficient, highly polluting business for decades to come. This is where the green dream comes crashing to earth. A 2030 deadline is beyond a pipedream, it is complete fantasy.”

California, for example, has trouble keeping the electricity on now. How on earth do they plan to do it when they mandate everyone's ICE automobiles off the road?

They sell these electric cars as “zero emissions” when they are anything but. (The emissions, as I'm sure you're aware, simply come out of different exhaust pipes.) Also, where do they think all those rare earth and other metals will come from to make all these rolling cell phones? Are they going to fuel the drag lines and other equipment with unicorn farts?

Eric Peters regularly blogs about electric cars and their limitations...

I think the real purpose behind the electric car mandates is that the overlords do not want normal people to have independent means of transportation. They'd love it if most people had to rely on public transit and corporate ride sharing. In their version of utopia only the very well off will be able to afford private means of travel. The rest of us can eat bugs and defecate on the street.

As you say, own nothing, be happy.

☮
Ben Kurtz
PS Fla. has term limits, so DeSantis is out as Gov. at the end of 2026 in any case. Net-net we're probably better off with him taking the White House in 2024 than his sticking around Tallahassee through 2026 and then what? Hanging out for two more years before taking a Senate seat (Fla. elects no Senators in 2026)?
The Alarmist
PS

Thanks to BoJo’s unwise rush to Net Zero, the lights really are at risk of going out in the UK...

As the wise Reverend Al Sharpton once said, “Resist we much....”

DeSantis is the cleanest dirty shirt that is electible in 2024 ... assuming there are real elections in 2024.

I’m operating on the assumption that the steal in 2022 will be even more brazen than 2020 and 2018. There’s an iron curtain descending on the Western world, and the lamps of liberty are being extinguished as I type and you read.

As the wise Reverend Al Sharpton once said, “Resist we much....”
Vote Harder Next Time
PS There won't be anything left after Joe Slovo Biden completes the Long March for his fellow traveler paymasters.

This just in from Dominion-Racheal Jenteal and Stacy Abrams 2024.

This just in from the Grand Old Politboro-Muh Chamber of Commerce.
Adam Smith
PS: I scream, Jew scream, we all scream for ice cream...

I too have read that DeSantis is an Isreali ass-kisser. I'm guessing this is mandatory to get into any position in one of the many “municipal corporations” masquerading as “government”. Probably can't get or keep a job at the parks department without signing the Israel Loyalty Oath.

https://www.unz.com/author/jack-dalton/
I look forward to reading more of Mr. Dalton's articles at Vdare...

I hope everyone has a great weekend.