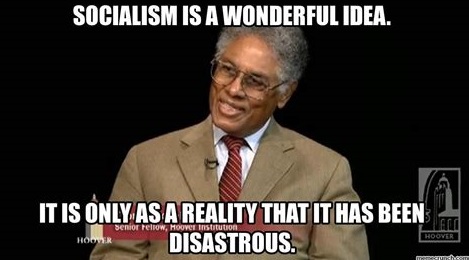 I could tell this was going to be a multi-part post right away. Too many thoughts were already in my head about the subject to make this concise. I'll start here with my motivation for writing this, and then an important point of clarification on the BUSINESS of healthcare vs. the SCIENCE of healthcare. We'll have to get to the ranting on the stupidity of this long-on-going transition from freedom to constraint in this, yet another important area of of lives, in subsequent posts.

It's the younger people who seem to be in the mindset that, yes, America's healthcare system sucks, and, yes, the US Feral Gov't better take full control so it'll be all better. I'm trying to remember an instance of the US Feral Gov't taking control and making something all better before ... Civil Rites? Nah, that's not a good one, wait ... the passenger railroads? No, oh, but that reminds me, the FAA and the airlines? Well, not that bad a use of government to create safety rules, but then the Feds don't economically ruin , oops, run, things.

Oh, yeah, this is not the rant part. These former Bernie Bros. or whatever they are now and plenty of people of the alt-right and all over the political spectrum otherwise bring up, "at least we need to fix healthcare. Make it free, FREE, I tells ya', or single payer." I'm not sure if they even know what that means, but as long as this single payer is not THEM, it's great. "Single payer" is nothing but a euphemism for "government run".

I believe the young people can not imagine any other way. They see a broken economic mess in the business end of healthcare. I do too. They don't know the history of how this business got to the wretched state it's in. I do. They don't see any way out that doesn't involve, not just the Feral Gov't, but MORE Feral Gov't. I'll get back to all this.

When one gets into discussions about the "old way" and the mess now, and what could be, he will hear "people would just die of cancer because there was no colonoscopy", "you would have died already of a heart attack if this were 1965", and "they had to cut you open in the operating room to do this, when now it can be done through a small hole in the ... whatever." Oh, sure, that's all true. The science, engineering, technology, and just overall body of knowledge and toolkit of procedures has grown immensely over the last half a century.

This 1/2 century happens to overlap the same time period in which the field of healthcare has gone from operation in a reasonable facsimile of a free market to a morass of governments-of-all-kinds, Big Biz, and lawyers. A friend's group of doctor's offices with 50 employees had 11 of them working on nothing but the collections end - dealing with patients, insurance companies, and these governments. That's over 20% of the employees doing non-productive work, healthcare-wise. They have to get paid too.

In a discussion of the changes in healthcare in America, the changes in the SCIENCE must be separated out from the changes in the BUSINESS. Oh, but then the Socialists will tell you that "see, it's the Government, with the research funding, blah, blah..." As much as I see all the politics in the doling out of science funding just as much as any other, I'd say that this is better than our money being doled out to support the warfare state, the welfare state, and all the rest. However, that's not the history of how the amazing developments in the science of medicine happen.

Ideas happen to people, not governments. Bright doctors figure out new procedures. Doctors know they could to this new thing or that, were special tools or pieces of equipment existing to do this or that part, but that's impossible. Then, engineers look into these impossibilities and figure out some really cool things, maybe in partnership with said doctors, that make these new methods now possible. The biomedical device field has been filled with small businesses, at least in the past. No doubt many of the inventions would not have been possible without newly created materials also.

I don't personally think government help has been necessary to improve the field of medicine scientifically. If anything, I'd say government involvement has been the usual hindrance. Government or not, the great changes in medical diagnostics and procedures have helped Americans avoid dying earlier from the big killers. They have saved people who would have died in the hospital from car wrecks in the old days, or helped them to more fully recover. They have saved children's lives. There's no argument on whether the science of medicine having changed is a good thing. That's not where the problems lie. Is the point of any arguing on the science just to confuse the issue?

We'll get to the business end of things, where the problems lie, in Part 2. It's time for something more light-hearted for the next post though.

Moderator
PS: Mr. Blanc, thank you for your take from your experience in the Netherlands. There are only a few countries in the Western World, or even "Developed World", that have done a good job of resisting the Globalism. If Populism can fight this, then it's perhaps the only way. "Market forces" that involve trading of labor across borders aren't working out well for us.

I get your point about Americans' wanting of the benefits of Socialism, without wanting what it takes to support it.
MBlanc46
PS I had intended to say something about the statement that “most Americans seem to want [national health care]”. In moral philosophy, there’s a principle that “who wills the end, wills the means”. That is, just wanting the benefits doesn’t count as actually wanting something. Actually wanting something requires wanting to bear the costs, as well. A lot of Americans want free stuff, but don’t want to bear any costs. And speaking of the Kingfish, Marine Le Pen and her National Rally (formerly National Front) in France have been quite successful in combining nationalism with a populist economic policy. The French elites are strong enough to defeat her, but she is someone that the Dissident Right should pay close attention to.
Robert
PS:

Mr. Blanc, There is a lot that I like about the Kingfish. Here is a short video on the difference between Democrats and Republicans:

Seventy some years old, and still true.
Mblanc46
PS Regarding Britain: The UK is rather larger than the Scandinavian countries. And it has been diverse from the get-go. The Scots, the Welsh. And the Irish consider the English as invaders and themselves as conquered peoples. Add to that the rigid class system. The upper classes and the working classes are two different cultures, with two separate sets of institutions. Deindustrialization has undermined working-class institutions, and reduced a lot of working-class people to a permanent underclass. One Nation Toryism would have addressed these issues better than Labour Marxism did, but it’s unlikely that either could have repaired the breach. The Germans have done a pretty good job of things such as healthcare, and they’re considerably larger than the Scandinavian countries. But then, they’re Germans. I know a fair bit about the Netherlands. I have good friends in Amsterdam, and have visited the country on a number of occasions, the latest in 2015. Historically, the principal division in society has been religious, Protestant vs Catholics. They developed largely separate institutions, but both have been given to cooperative approaches, and that has carried over to the entire nation, as religious conflict has lessened. There is a population of Negroes from the colony of Suriname in the Caribbean, and a growing number of Moroccans. One of my friends was involved in education, trying to teach young Moroccan women to do administrative work. I’ve been to Morocco a couple of times, and I quite like the Moroccan people. However, large numbers of them in the Netherlands will not end well. Most people want to have control of their own communities and their own institutions. Such control entails institutions of coercion, although controlled principally at the local level.. That’s what populism is about. If the Dissident Right embraces populism—becomes the Huey Long movement of the 21st century—it will have a good chance of salvaging Western civilization in North America. If it goes the way of letting “market forces” dominate social life, ordinary people will eschew it. After all, it’s the bankers and the capitalists that have brought us globalization.
The Alarmist
PS

All the folks pining for socialism figure they’ll be the party elite or at least beneficiaries of the efforts of others, and forget or not realize that they might the poor schmuck whose head is skewered on a stake in the fields to encourage the other poor schmucks working the fields to work harder for the Party and the State.
Moderator
PS: Mr. Blanc, what I'll get into the next part is a description of how things go even if people really want this. (I think by this point, most Americans do really want it and will get it good and hard, haha.) I will refer to the NHS in formerly-Great formerly-Britain. Now, that country has been die-versified like hell too, but this deal was on-going well before that.

I do agree that things like, well Socialism even, in general, can be done better by a unified population - Denmark, as you say. (I'm not sure how homogeneous the Netherlands still is- I remember reading something not so good about it - got a friend from way back I could ask, assuming he didn't turn woke on me... been a long while.) They may make it work, but that doesn't mean it's a good thing and definitely not the best way. If you go back 40 years, you are in a country that is was in a test case for the best way in a lot of areas, really the envy of the world (though healthcare had already been screwed-with by the Government to some degree already).

We here all know the ways in which non-diversity is better, but there are still bad apples and mooches off the system even in the Sweden of 1970 in our minds. Anyway, I'll write more on this tomorrow or early next week. I always appreciate your comments, agreement or not.
MBlanc46
PS People (plural) can do pretty much whatever they want. As long as it doesn’t contravene the principles of logic or the empirical regularities of physics. they can do it, if they really want to. It’s the “really want to” that’s the crucial part. Groups of people have a hard time agreeing about anything. The larger and more diverse the group is, the harder it is for them to find agreement. So the case against a national health system in the US really has very little to do with the dreaded “socialism”, and a lot more to do with the fact that not enough people “really want” it (say, north of 75%, even better approaching 90%). Folks in places such as the Netherlands and Denmark can make such things work because those places are smaller, more homogeneous, and more people, through their common histories, have the idea that “we’re all in this together”. That’s just not the case in the US.