It's time to get back anecdotal here at Peak Stupidity. In our locale, the PanicFest has tailed off quite a bit over the last month or so. (It helps a lot to have a decent governor.) There are residual effects, and I'll explain one. The first anecdote is just something I wanted to have fun with on here. 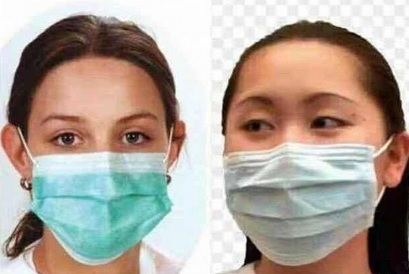 We've all done it, putting on our underwear inside out, due to being in a hurry, maybe dressing in the dark early in the morning ... It's normally not so embarrassing, depending on one's relationship situation. The thing about these face diapers is that they can also be put on the wrong way. How embarrassing is THAT?

Well, for me, since I have nothing but disdain for the whole deal, not at all. Back last fall when I was still putting them on in stores some of the time, I'd keep the same one of these medical ones in my pocket for weeks. Oh, I'd change pants still - don't get me wrong - but I'd transfer this thing along with the cash and car keys. It's not like you can't get these for nothing now, but it's to show my disdain. I may have put one on inside-out the odd time.

A guy who was sitting with us outside a few weeks back had his face diaper inside out. We gave him a hard time, not really caring what the heck he did, but then the conversation turned to what the effect would be. Assuming he'd worn it before the other way, I realized that this was basically back-flush mode. Just like with any kind of filter, one may want to send the fluid the other way and flush particles out of the system. "Hey, good idea. You can flush out more of those Kung Flu germs every time you exhale." Only, wait a minute! What is the purpose of the masks again? I forget. Was it to protect him or us? This guy was no kind of 6 ft. away. Back-flush mode should only be accomplished in a proper facility ... perhaps a virology lab ... in China. 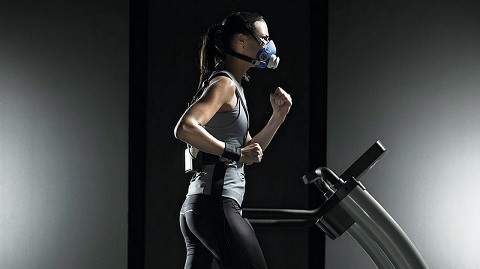 (Image from the old post Scenes from the Kung Flu Summer re-Panic - Part 11.)

Yes, I've still seen people in the gym wearing face masks while exercising. Not my business - knock yourselves out ... literally.

At a particular gym at one hotel, there was no cleaning stuff for the machines whatsoever. Now, that doesn't bother me getting on the machines, as I've long been in the "if it doesn't kill you, it only makes you stronger" mindset for many years. (Hopefully that'll keep up.) I've always made the effort to wipe them off AFTER using them, though. Before the Kung Flu, there were at least small towels for that. Then, if open at all, they went hard-out on the wipes and sanitizers of all flavors during the PanicFest.

At this place, the towels have been gone, I guess due to the CONTAGION!, and now, since this thing is supposed to be over, the wipes and fluids are gone too. You've got nothing to wipe off the machines with. It was like this the next day too. A guy who came in to clean the place, a friendly enough guy, replied to my query about this with "Oh, I come in and clean it twice a day." "Yeah, but I usually wipe off the machines with something." "It's OK, I'll come in here a 2nd time later on." OK, whatever. It's not like we have a country full of people all antsy about germs or anything.

Moderator
PS: If the China-made face masks aren't actively bad for you, they still may be missing some material, Alarmist. I have personal info. on that sort of thing, from way before the Kung Flu PanicFest.

From Mr. Anon: "The purpose of the mask is to protect Anthony Fauci, Bill Gates, Klaus Schwab, Pfizer, and Moderna." There ya go.
Moderator
PS: Rex, I was being somewhat facetious, but I will say that if this guy, and I would't put it past him*, just switched the mask around then he's bound to have still small droplets with "living" virus of various sorts in it. He will be sending those out into the air. That is, especially if one goes back to the "it stays on doorknobs for 6 1/2 weeks!" theory that we heard a year ago.

Yeah, the purpose of the masks gets me to your 2nd paragraph. At this point, people have either been jabbed or have some decent immunity, especially those of us who have resisted the LOCKDOWNs and face masks. Let me put it this way, Rex. If winter '21-'22 is seen to be a bad influenza season, do you think I should be wearing a mask out of courtesy? What happened last few bad flu season? I am NOT up for this new normal.

Were I pretty susceptible to the flu and somewhat under-the-weather or having some other related health problems to begin with, I might proceed very carefully in indoor public places. Maybe I would even wear a mask myself, since it's "cool" now, but that's up to you and me. I know, this "jetstream" from others could still get me in the eyes or other openings(?), but hey, are we really going to keep this up?


* He's a 1/4 looney but harmless local guy who drops by occasionally for our and his amusement.
The Alarmist
PS

I wore a mask in back-flush mode for a while, and wondered why I got panicked looks from my younger colleagues ... they must have thought I was deliberately trying to kill them. What Rex says is correct, but I wonder if the blue side has unspeakable elements you don’t want to be inhaling ... who am I kidding? You don’t want to breath through anything made in China ;)

Remember, Germ Theory is just a theory, not a fact.
Mr. Anon
PS

"Only, wait a minute! What is the purpose of the masks again? I forget. Was it to protect him or us?"

The purpose of the mask is to protect Anthony Fauci, Bill Gates, Klaus Schwab, Pfizer, and Moderna
Rex Little
PS What a mask does, at a minimum, is prevent your exhaled breath from becoming a jetstream that carries your germs across the room. It will do that no matter which way you have it on.

I'm against mask mandates and lockdowns, and I'm not going to get vaccinated, but I consider it a matter of simple courtesy to wear a mask indoors in a public place.