Back to the excess death count - Could it be infants and illegal aliens?

This post is written to make a conclusion regarding the numerical discrepancy wondered about in Mortality Addendum, as based on the post before that, Hey, what's the deal with excess deaths, anyway?

It's not like there's no problem still, with the CDC's self-described method of estimating this "excess death" count still, no matter what the deal. I just wondered why, though the American "normal" death numbers calculate as going up considerably due to aging. the CDC mortality rates for age groups applied to the US Census population numbers in these age groups don't match "normal" deaths for each year (as, again, coming from the CDC). I think I have a definite cause of the discrepancy that's one small portion, and an indefinite idea of one that could account for all the rest. 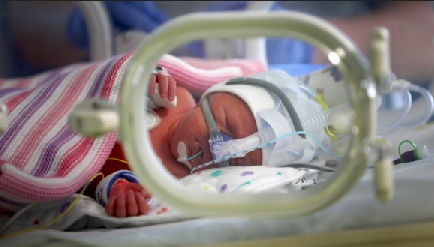 I found out that those 1-4 y/o numbers don't count the deaths of anyone under 1 y/o. They've got a reason for that, I suppose, as deaths during delivery are fundamentally different from deaths from other causes. I should have noticed this, as it would have read "0 - 5" if it were actually "< 5 y/o". OK, well, those infant mortality numbers vary from ~23,000 in '15, trending slowly down to ~21,000 in '19. These are not negligible, being from 12% to just under 20% of the discrepancy in total deaths I ran into.

Next, OK, we're using official numbers for calculating American deaths, but even with adding in infant mortality, we are 160,000 to 85,000 deaths short. Well, Grasshopper, answer the mystery of who is not counted in the census, yet still dies in America, and I won't keep fucking with you with that pebble in my hand trick. Oh, could it be.... 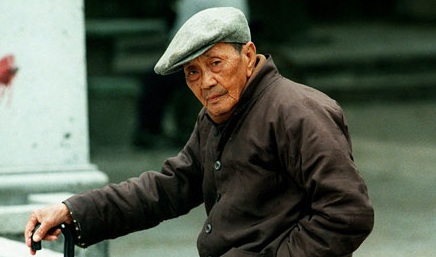 (Not all illegal aliens are young Mexicans, Guats, and Salvadorans. Don't know about this guy. It's a file photo.)

See, you would have expected a photo of those lovely human-trafficked DACA girls and boys, being thrown over a fence somewheres near Laredo, Texas. We think of all these illegal immigrants as being young, strong, and healthy, except when they need the emergency room for minor items, on our dime. Nah, there are plenty of illegals, lots of them Chinese who get here via overstaying what was once a legitimate non-immigrant visa of some sort.

It sounds crazy that this is a factor. However, when I think about it, deaths are deaths, and when the old Chinaman kicks it from old age , NOPE COVID-one-niner, ka-ching! it's an American death. When that 0.30% blood-alcohol-leveled Mexican goes through the red light and happens to buy it (usually, it's the sober family he plows into), that's an American death. Yet, my calculations using Census Bureau counts won't include these people.

We don't know how many illegal aliens reside in this country, but I'm pretty damn sure it's not the 11 million that was bandied about from 2001 on. Ann Coulter brought up 30 million, and I'll go with that. If they're going to pull numbers out their asses, we can too! They are not the same in terms of proportions in the ages brackets as the Census-counted American population. We don't know these quantities either. Let's just say 30 million illegals live here. Even if their mortality is 1/2 the rate as in the CDC charts, they are 9% of Americans, to it'd be (just rounding down) 4% more deaths. That and infant mortality would account for every bit of the discrepancies discussed last week.

So, there you go. I wish we had just some sample age demographics of the illegal alien population, but that's probably not possible. If we did, we could back-estimate the number of illegal aliens from total deaths each year minus those calculated the way I did. So, there'd be that... which is not nothing - in fact it's a big damn deal still, a lot more than the Kung Flu virus itself really is.

Moderator
PS: Peter, you've got the situation nailed there. Yeah, it could be tourist visas based on visiting one's daughter who is some other visa married to a guy on a student visa doing his 3rd year of post-Doc, so that Granny and Grandpa can supposedly tour around America supporting our tourist economy when they are actually going to be babysitters for the anchor children and cooks for the whole family. Then, somehow, 6 months turns into a year, a decade, nobody's going to come looking, and the whole extended family has moved 3 times, and nobody can read those names anyway ...

Alarmist, yeah, the BS numbers go back a long way. Reagan was also told this would be a million or so, not the 3 that OFFICIALLY amnestied, and that serious border control was part of the deal. What a sucker!
The Alarmist
PS

lulz indeed ... it was 11 million in the ‘80s when they conned Reagan into the last big amnesty.

I’d be surprised if it isn’t at least 30 million in illegals alone, because at least 100m of legals have been added since the ‘80s while the birth rate of heritage Americans has been below replacement value since the ‘70s.
PeterIke
PS
Go to any Chinatown, and the place is chock-a-block with ancient Uncles and Aunties doddering around. You know the Chinese and all their "respect for elders" yak yak. Also, respect for free child care while Bing Bong goes to Columbia Law School and Ching Cheng goes to her job with some city agency dedicated to SJW activism (there are dozens of those). And the immigration status of these Chinese is... questionable. Likely came on a tourist visa and never left (nobody but nobody is looking for them).

Go to any DesiTown and you also see loads and loads of invariably fat and flabby DesiGrans with their belly rolls sticking out of their saris, and sneaky looking DesiGramps walking out in front pondering their tax avoidance schemes. More free child care, and the DesiGrans spend all day making that oh-so-tasty Indian food that their IT sons and daughters take into work for lunch and stink up the break room by microwaving it. Immigration status... questionable. And again, nobody is looking for these people.

So yeah, lots of lots of old, dead immigrants that aren't getting counted properly.

Moderator
PS: Alarmist, on infant mortality, I remember there was some thing about a discrepancy between other country's only counting babies that died right after delivery (I don't know the time limit), as opposed to the US way. We also have a lot of 3rd world style healthcare facilities due to both the employees and the customers.

I agree completely with your argument on the Kung Flu vs. '17-'18 flu. I'll check out your link in a minute. Speaking of Sweden, the situation in which Mr. Hail used to follow closely and analyze, he has had no new posts on his site - I just checked. It's been over 3 months. Mr. Hail, are you out there?
The Alarmist
PS

First, for a supposedly First World nation, America’s infant mortality rate is appalling (worst among the top 27 developed countries). Blacks have more than twice the infant mortality rate of whites, and poor hispanics are closer to the White rate, so it isn’t necessarily the poverty in play here.

Second, the US is getting plenty of old folks from the third world, illegally and legally. I have recounted in UR in a number of comments about getting off the aircraft from Europe to DFW and being confronted with a couple dozen wheelchairs being pushed by South Asians waiting to debark dozens of infirm older South Asians and other family members being brought into the US to join their legally present South Asian IT-employed relatives in the DFW area. I once went to the Walmart in Las Colinas (the “upscale” part of Irving), and I thought I had been transported to Bangalore.

Then there is the gaming of the numbers. As I mentioned previously, 2020 deaths per 100k or 1m weren’t particularly bad when compared to a number of earlier years, and averages based on carefully selected windows only serve to further distort the picture. In the ‘00s, a period of significant mortality improvements in the UK, you still find several years where the deaths per 100k or 1m were somewhat higher than 2020.

On one hand, COVID culled a lot of “low hanging fruit” (those who weren’t culled in 2017-2018), but, more significantly, it culled mostly older folks, where 2017-2018 took more younger folks, so the cost of COVID in Qualys was far lower than the flu of 2017. COVID was a nothingburger outside of the Government-MSM-Pharma Comlex and all those they scared into compliance or subjected to outright police state tyranny.