New Jersey Jones and the Temple of Doom 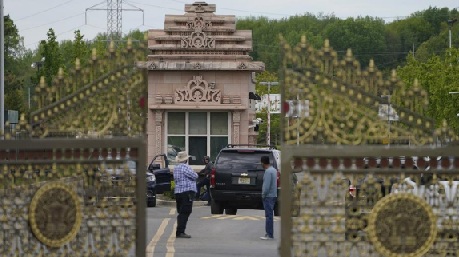 Watch out behind the rec-center. There are tons of snakes back there!

We've written before with the Immigration Stupidity topic key, mostly based on VDare articles, on the new forms of slavery being practiced here in the New World. Though the headlines won't often make it clear, all the stories I've read are about imported foreigners keeping imported foreign slaves. From the Forbes article*:

A large Hindu temple in central New Jersey was accused Tuesday of forcibly holding hundreds of construction workers from India on its grounds and requiring them to work over 80 hours a week, a massive labor case some experts have linked to pervasive discrimination against members of India’s marginalized social castes — even in the United States.

They were getting paid $1.20/hr, so TECHNICALLY, it wasn't slavery. It was just a mass case of kidnapping or something. I mean, it's not 1865, right, and we did ratify that Amendment XIII. I'm almost positive that these great hard-working new immigrants to America would have learned the US Constitution as a stipulation for receiving their immigration visas. If they passed their tests and didn't get sent immediately back home, then they should all be well-versed in the language of Amendment XIII. How could something like this happen?!

The suit claims over 200 workers were recruited in India under false pretenses, given religious visas, and often forced to spend more than 12 hours a day doing masonry work on a BAPS-affiliated temple in Robbinsville, New Jersey.

Some one tell me again, why it is necessary to have religious visas? These people should have come under the CL4-BB-1A visas (Cheap Labor 4 Big Business - 1 A) or the MDV-24 visas (More Democrat Votes - '24). Those dang immigration officers and their paperwork screw-ups!

$1.20 an hour. That’s how much the temple workers were typically paid, well below the federal government’s $7.25 an hour minimum wage and New Jersey’s $12 an hour minimum wage, the lawsuit claims. They were allegedly paid $450 a month to perform 87.5 hours of work every week with rare days off, and their pay was docked for minor infractions.

I'm sure this was nothing but a currency conversion error. The remainder was likely paid to them under on-the-table in curry-ency, which is just as good - a •man's gotta eat too, right?

People hold onto their caste biases, she said, and employers around the world take advantage of desperate Dalit laborers.

“It's an extremely common practice back in India, where Dalit wage laborers are exploited and severely underpaid, because their work is not seen as worthwhile,” Dutt told Forbes. “Unsurprisingly, [these practices] are transported directly to the United States.”

Most Americans aren’t familiar with the intricacies of India’s caste system, Dutt says, making it easier for mistreatment to fly under the radar. But this isn’t the first time a U.S. employer has faced allegations of caste discrimination. The state of California sued tech company Cisco last year after a staffer claimed his supervisor discriminated against him based on caste, a charge the company denied, and some Indian Americans who belong to the Dalit caste have indicated they fear employment discrimination and marginalization at college.

OK, this pisses me off at both this Forbes writer and even, to a much lesser degree, Steve Sailer, regarding his post. Why the flying fuck should Americans have to understand a damn thing about these •Indian castes? It's not OUR way of life, it's theirs. If any should be coming to this country to stay to begin with, they need to drop that shit when they get here. Dalit, Brahmin, I don't give a damn - speak English and fit in, or GTFO!

Of course, we have too many for that now, as the commenters have noted regarding this part of New Jersey, but also the SF Bay area, and enclaves all around. So we have to deal with what now? The American nutballs that have not spoken out and even encouraged all this need to speak with a Psychologist, and perhaps even join a group session. I recommend Dr. Robert Hartley in downtown Chicago. No, he can't prescribe drugs ... least not over the counter... though I'm sure it would help. 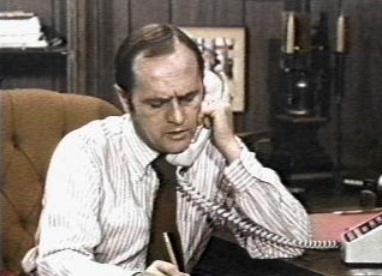 "You say there are Americans in New Jersey who own slaves?"

"Oh, they're not Americans... You saw them eating lots of curry every day ... Are you sure you are in New Jersey, Mr. Carlson? You are. Robbinsville."

"I don't understand, Mr. Carlson. How would there be any benefit for America to have slavery again, if we have only foreigners owning foreign slaves in ... you say New Jersey?"

"I'll tell you what, Mr. Carlson. I'm gonna have Carol set you up to join in with our fear of slavery group. It meets on Tuesdays at 3 O'Clock, right after our fear of humidity group..."

"Oh, you'd like me to form a fear of stupidity group. You know, you might be onto something, Mr. Carlson. You're the 3rd person who's suggested that this week."

* I know that Forbes is far from the best source for truth, but the other options for this story were from TV news sites, which normally bounce around on the screen like methed-up Clash fans for minutes before one can read calmly.

My least favorite dot Indian is the chick that runs the censorship division at twitter. It’s a crowded field, though.
Ganderson
PS

Has Mr. Karlin checked in? Peterson?

As PJ O’Rourke so elegantly put it so many years ago in his wonderful piece of scholarship, “Foreigners Around the World”:

“Sub is no idle prefix in its application to this continent.”

Hockey players and their WAGS, and perhaps their children. That’s it.
Moderator
PS. Robert, I wrote a post about a human trafficking poster I saw that actually had a Mexican perp on it. Now that there took some guts, I'm sure:

“Dalit wage laborers are exploited and severely underpaid, because their work is not seen as worthwhile”...

If their work is not worthwhile, why on earth would you want them to build your glorious temple?

Seems these •Indians didn't realize that the “government” has a monopoly on the use of slave labor.

☮
Robert
PS: More on topic. I have recently seen a couple of "awareness raising" campaigns on human trafficking. The associated pictures were of cute young white girls; and older, poor, downtrodden, black bodies.

You must remember that slavery was the invention of evil white men, and not something that could possibly be practiced by holy Bi-Pocs.
Robert
PS: Not really relevant, but I dislike the hyphenation in phrases such as:
anti-human trafficking laws.

I tend to read them as
(anti-human) (trafficking) (laws).

Why is this not
anti human-trafficking laws?
The Alarmist
PS

They just don’t understand 🔴 Indian culture. Those blokes were paid 88 Rupees per hour, well above the minimum wage.

As Derb points out, we are importing our next overclass from India. Most won’t get it until Nikki Haley is in the White House, and Dr. Sanjay Gupta is running HHS, but look at a number of America’s company boards of directors, and you will see disproportionate 🔴 Indian (Brahmin) representation.
MBlanc46
PS Doing the things that Americans won’t do. And, it is “our” culture now.