"Just the Covfefe, no combo." 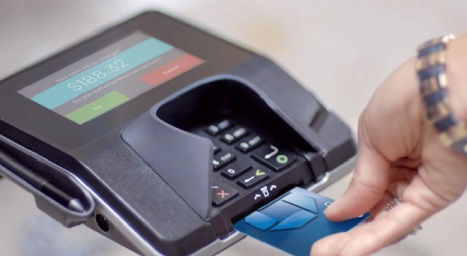 I was traveling through the big hub airport a few weeks back and decided to eat a little teensiest-bit more healthful, so I dropped by the sandwich shop. This one had just pre-packaged stuff, which is no longer the only thing one can get. It is quicker though, as some of these places don't understand the difference between operating in an airport terminal vs. in the strip mall.

Now, in general, people have been taking cash. I was really worried last summer that the Kung Flu was being used as an excuse (try to) to force Americans to go cashless more quickly. Time has passed though, and hysteria can only be maintained for so long. Plus that whole COVID surface-contagion bit has been un-bunked since last Spring (see our post COVID vs. VD.) I doubt even Dr. Fauci washes his hands after taking a pee anymore. Does anybody?

It turned out, once I had brought this nicely-packaged turkey and cheese sandwich to the fancy plexiglass-shielded register, that, no, this place will NOT take cash. Well, this time the guy had already rang it up. OTOH, this was a packaged sandwich that anyone else could buy. "Sorry, no cash, no sale", I told the guy. I even brought up that it was the law (as far as I know), and maybe that worried him.

"OK, I'll just ring it up on my card", the guy said. I was beyond surprised. I don't think he was anything near the level of owner of the business, so why would he do this? "Well, you sure you can't just take some bills that will get me close? I don't need the change." I started to feel bad for the guy, but I wasn't sure this wasn't a company card or something. I think that the fact that I couldn't just stick the damn thing back on the shelf was some left-over Kung Flu PanicFest hysteria.

Well, I WAS in the right. Cash is King, as Peak Stupidity regularly harps on, but I really couldn't see making this guy "eat it", so to speak. I walked off about 100 ft, and then had this dim light-bulb appear in my head. "Duh!" it said. I think I should be giving him the cash. Now, he never explicitly said that, so that's why it took me so long to think of this.

I went back over. "Hey, here's the cash", I said and explained that I hadn't thought of this. I was kind of embarrassed. On the chance that this guy had used the company card, well, I guess, this worked out very well for him. I wanted to square it up though.

I'm not putting up with this card-only BS. Neither should anyone. We don't want to go the way of the new new Red China.


PS: Re the "Covfefe" terminology, that was from a late night fat-fingered tweet by President Trump way back in May of '17. Where did the "Cov" come from?
That should set up alarm bells in the head of any conspiracy junkie. Is it a code? "Paging Ron Unz. Ron Unz, pick up the white courtesy telephone, with your CovFefe gloves, wipes, and face diaper, please."

Robert
PS: Mr. Alarmist: 2: Forty years ago, I worked with a guy (general house repair type stuff) who did that. "I am careful where I put my Dick. It is clean. I have to put my hands in some very dirty places."
MBlanc46
PS Not the hill I’m going to die on, but I’m going to put up quite a fight before withdrawing to a stronger position.
Moderator
PS: Alarmist:

1) Been there, but it was likely not the same place (yes, in Florida too).

2) Well, that's something I'd never even thought about.

3) Interesting. I would have had a lot of other questions for the guy too.

PS: I was hungry though, and I really think they were not allowed to put anything back (again, Kung Flu stupidity). If I knew the store was paying for it, I wouldn't have felt bad at all about it. F'em. Take my cash or go home.
The Alarmist
PS

1) Your comment about strip malls for some reason triggered a memory of a strip club in Florida that offered a lunch buffet.

2) It might have been a line from a movie, but I did once hear a Marine Gunny joke about washing his hands BEFORE touching the “equipment.”

3) I had a Fed governor sitting next to me at an event years ago, and I brought up the question of businesses refusing cash despite it being clearly stated that Fed Reserve Notes are legal tender for all debts public and private, and was essentially told that that was not enforceable (in his opinion) if the business did not want to accept cash. We’re not far from becoming a barter society.

I’m not sure if the clerk was stupid or running a scam. You should have walked away without the sandwich.