I saw a sign recently in a hotel advertising some "Warrior Outreach" program. It had to do with the soldiers from a nearby Army base helping the community with this or that. Oh, sure, it's great to be charitable, but I wouldn't really call it that. After all, it's the taxpayer's money that supports the whole shebang, in a big way, and they are just spreading some of our money around, errr, charitably. I would keep this in mind next time the military begs for a budget increase, had I any say in the matter.

That's not what ticked me off, though, about the poster and other armed forces wording I've seen. It seems that soldiers, sailors, and airmen in this social experiment of a military we have these days are now WARRIORS!


Some of our "warriors": 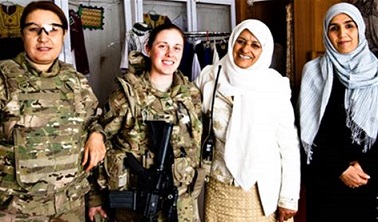 (This image is from a long-ago post of ours, "There's battle lines being drawn"... The official military.)

If it makes these men and women feel like they are living the lives of Comanche chiefs*, well, more power to 'em, but it's so far from the case as to be ludicrous. Most get into it for employment, training for a useful skill on the taxpayer's dime, a way to travel the world, and/or to save up tuition money. They can get "thank you for your service" accolades from the public and discounts at restaurants and motels. Occasionally, some of them do end up in precarious situations with the backing of still the most powerful military in the world, for the purpose of attacking some out of the way country for the purposes of ... democracy, yeah, that's the ticket. 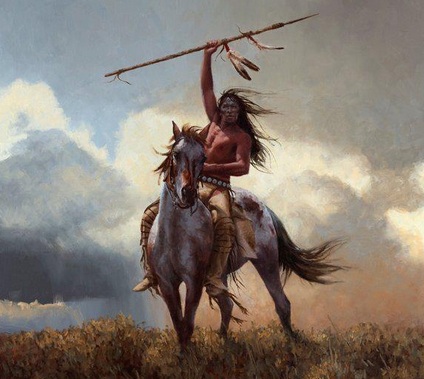 * That is part 1 of our review of the Sam Gwynne book Empire of the Summer Moon. Here are Part 2 and Part 3

The onion used to be funny, it's really gone downhill the last few years. It's not worth reading anymore.

Apparently, Univision bought the Onion in January 2016. In April 2019, Univision sold Gizmodo and The Onion to private equity firm Great Hill Partners, which combined them into a new company named G/O Media. It seems as though Haim Saban and a group of investors bought Univision on June 27, 2006 for $13.7 billion. Haim Saban was a huge Hildabeast supporter. I'd guess Saban is who the guy on isteve was talking about.

Zoomie, not Squid.
Moderator
PS: I saw that one, Adam. BTW, a guy on an iSteve thread stated that The Onion had been bought a few years ago by a big Hildabeast supporter. That might explain a lot. It says something about this country that we have to have lefty funny web sites, and conservative ones.

Alarmist, I recall you were in the Navy, right? (If you want to say.)
The Alarmist
PS

There was a point in time when I had more personal combat experience than the combined members of the Joint Chiefs of Staff ... that was probably when this sort of rot set in, and even though the guys currently in
JCS have been in a few actual Combat roles, they still “grew up” in their respective services with SJW issues being one of the tickets they had to have punched to move on up the ranks.

MBlanc46
PS It’s all over for the former USA. It’s “military” of men of color, lesbians, and boys who say that they think they are really girls couldn’t defeat the Swiss navy in a canoe race.
Adam Smith
PS: Good afternoon Mr. Moderator...

with the backing of the second most powerful military in the world...