Games People Play, in the Middle of the Night Pandemic

On the last day of the notorious year 2020, Peak Stupidity put up the post Prognosis Positive about my experience with the corporate world's concern about my being exposed to the dreaded Kung Flu.


The Kung Flu Drive Thru: 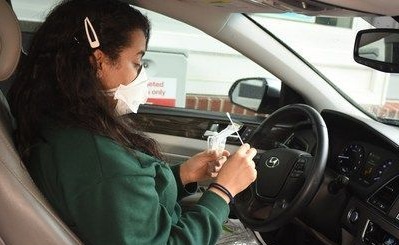 
Since that time, some interesting and fun possibilities have been going through my mind on how employees in the Big-Biz world can take advantage of the Corporate world's willful involvement in the Kung Flu PanicFest. I don't think this involvement is really due to a deep fear of death or illness to the employees, but it doesn't hurt them any to go along. It's the small businesses that are being fucked in the ass by these LOCKDOWNS and other Totalitarian measures. It's been great for Big Business. When Dr. Al Bendova (more on him in an upcoming post) from the Feral Gov't says bend over, Big Biz says, "how many toes should I touch, Sir?!"

Well, see, they want you to stay home for 14 days if you've been directly exposed to someone who has tested positive for COVID-19. Well, OK, that means he's got antibodies, anyway. Nobody has required a test for those exposed though, like myself The 2nd time I heard that I had been, I again had that positive attitude*, but I was told that so long as I didn't have symptoms, it would be no problem for me to come in. The story may have changed because it's getting ridiculously complicated. From what the high-level mathematicians tell us, we're all within 6 degrees away from Kevin Bacon's saliva, so... just sayin', should we shut the place down? Big Gov will bail us out, of course.

From whatever that type of higher math is that tells us how many degrees we are from Kevin's Bacon, we go to game theory, which tells us how employees can game this shit. I told someone about my experience with the HR guy, and missing out on some work. We started talking about this deal, and ideas came up, thusly:

"OK, your college buddy's wedding is what day now? Oh, a week from tomorrow. But they won't let you take the time off? What if I were to take a COVID-19 test, well, wait, when should I take it? I worked with this other friend last week, and he doesn't have a wedding to go to. He wants to work. So, do you want me to wait for the weekend, and then go take one? Then, if I'm pozzed, I can call you first, so you can work on you fake symptom accent, than the HR guy a couple of days later so you've got time for that destination wedding. (Oh, don't worry, as long as you don't die on the plane, they're not gonna know.) We really need to start a Facebook group on this shit."


There's a few extra bucks in there, under that swap of phlegm there. See if you can make it happen, capiche? 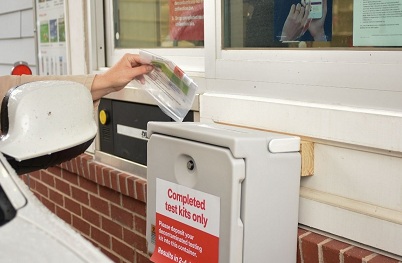 Now, I don't plan on doing this, as I like the job and don't want to stay home for 14 days. The 25 y/o or so guy I worked with a few days back told me he got the Kung Flu and stayed inside for two weeks. "It was nothing - I just had a fever of 95 something ..." "Whoa, not 95, that's some other major problem, man." (I'm thinking, fell asleep in the bathtub for 12 hours!) "Yeah, right, it was 99.5, that's it, just for a few days." His wife got it, of course, and they had to shut down the small school she worked at. The economic ruin from this PanicFest is cascading.

Oh, this young man told me that the loss of sense of smell was the biggest symptom. He couldn't tell he was burning the toast, he told me. What's new? That sounds like my wife's cooking, for which she often uses the house smoke alarm as a timer.

Back to the gaming, what does happen after people get vaccinated? Won't they test positive, and what's the difference regarding spreading the virus? Commenter Bill H. brought this up, and Mr. Adam Smith has lots of links on this topic under the last post which I haven't checked out yet.

Yeah, two (or more) can play at the PanicFest game. It's easy because the Big Biz world wants us all to STAY SAFE, they say, above all else, like making money, staying in business viably, etc. That's what they say, anyway. This covering of our faces is a new thing, but the covering of our asses has been around quite a while. It's just Games People Play.

NOTE: Alan Parsons fans: When you get to 0:58 in this video PLEASE do not immediately call the FBI. For the sake of the legacy of good rock music, we beseech you to refrain from reporting this keyboard player. There is even a small chance that the Alan Parsons Project keyboard player was NOT involved in an insurrection against the Government of the United States of America 40 years later. Either way, for the love of Rock&Roll, let's all shut our pie holes.

This Games People Play is from 1980 (got big in 1981) by the Alan Parsons Project, a British band that played from 1975 to 1990. It's from their album The Turn of a Friendly Card. It was sung by neither Alan Parsons nor he other core band member, Eric Woolfson. The singer you see in the video is a guy named Lanny Zakatek. This is the first time Peak Stupidity has featured this band, but this one is NOT my favorite by any means. I put it here to match the post title. I think it's the singer - I don't like his vocal style, compared to Eric Woolfson's on the song Eye in the Sky, for example. The band's famously arty or progressive song The Raven had Leonard Whiting and Alan Parsons doing vocals, though Alan Parson's voice came through an EMI "Vocoder" for the weird sound. That was some cool stuff for its time.

This band was unusual in having loads of different lead singers. The same one seen here though, Mr. Zakalek, sang also on the hit song I Wouldn't Want to Be LIke You from I, Robot, so he was no slouch, but it's just not my style.

Like Steely Dan, just featured, past Wednesday, here, this band made "smart rock". OK, that'd be the term today, especially if they had guitars connected directly to the internet, or some such BS. Like Steely Dan, The Alan Parsons Project had intelligent lyrics. Who else would have concept albums based on Science Fiction stories (I, Robot) or on classic writers of American Literature (Tales of Mystery and Imagination - The Raven is from that album, of course)? **

Also like Steely Dan, this band had 2 core members*** and then a whole bunch of session musicians that would come and go. A difference is that, unlike Steely Dan with Donald Fagan singing lead on all the songs (except for in a couple of the early years), Alan Parsons used many different people to sing lead vocals. That's kind of a weird thing for any band, as usually someone wants to be the big star in front of the crowd.

That all said, when I read the post title here, I get The Spinners' song Games People Play right away instead of this one, but Peak Stupidity already featured it last May. Yeah, I like the Spinners's song better.

* As mentioned in that previous post, I know I've been exposed to a lot of people, with no face masks on any of us, if that really matters, since this thing started. I'm just not worried about it for myself and my family.

** Then there's the History Rock genre, but it belongs to Al Stewart alone, of whom Peak Stupidity is a BIG FAN.

Moderator
PS: Mr. Anon, about old Scratch. I'd forgotten my joke till yesterday about the keyboard player. I will insert it shortly.
Moderator
PS: Mr. Anon, "Rubberband Man" is my favorite by The Spinners, and it was featured - see link to "May". I agree. The warbling is the most annoying thing to me about modern music, other than the (c)rap music, of course.

"Eye in the Sky" is to be the next song I'd put on here by the Alan Parsons Project. It's my favorite of the hits, but I'm sure I'm missing something better from one of their albums.

A lot of popular music "back then" had much smarter lyrics than the chart-topping dreck of today. The vocabulary used in a MoTown hit by Marvin Gaye or Smokey Robinson was far more sophisticated than whatever Robin Thicke or Katy Perry uses. And of course the music was far better too - well, it was real music, not auto-tuned warbling accented by a drum machine.

Alan Parsons Project and The Spinners - good music from a better era. Of course, my favorite Spinners song is Rubber Band Man, though I'll Be Around is pretty good too. As for APP, my favorites are Eye in the Sky, Time, and Lucifer (an instrumental piece). Come to think of it, Alan Parsons kinda looks like Old Scratch himself.
Moderator
PS: And, they do exist in piles, if our domestic short hair has anything to do with it. He's been doing a bang-up job this winter on the mice and occasional squirrel. He brought a dead mouse into the house, and we thanked him and threw it far away, then he brought it back to us. Very generous fellow!

Haha, thanks for writing in. You have another good point.
Moderator
PS: PoMS, the animals have HERD immunity, get it (!), and the ones that don't have herd immunity run like sonofabitches to keep at least 6 ft. apart from the carnivores, who have no problem being close to them due to their having strong enough stomachs to eat live squirrels and shit. Thank you, cats!

I guess one could say it's the least of the problems. Well, come to think of it, same for us animals.
Peak of Mount Stupidity
PS The animals don't have any face panty (mask) so why are there not piles of them around?
Moderator
PS I already featured that song, Alarmist and try not to do repeats. It sure does fit though!

Here, from way, way back:

Dirty Work by Steely Dan also seems like it would work for this topic.
Ganderson
PS

I always get Alan Parsons and Alan Price confused.

Al Stewart puts on a great show- worth seeing, if he’s ever allowed to play live again.
MBlanc46
PS Being (mostly) retired, and having been an independent contractor for thirty years, I’m not in need of scams for getting over on employers. However, we all might need to develop strategies for getting over on institutions of all sorts if our betters decide that they like micromanaging our lives and come up with other pretenses to do so when they can no longer beat the Plague Virus horse.