(This post's title is a reference to the old TV shows Seinfeld* and addtionally The Office (American version)*, of which some kindly Chinese lady was glad to rip/burn 4 seasons for me for 2 bucks on the streets of Canton years ago.) 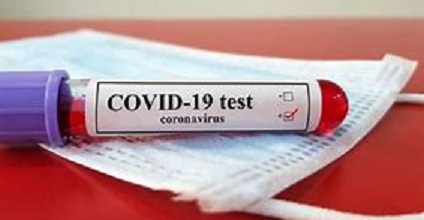 Your Peak Stupidity lead blogger has been pronounced "positive". However, it's not what you think.

I was called up about the fact that I’d worked closely with a guy who tested positive for the COVID a week or so before**. We were probably 4 ft. apart for 4 hours or so. No masks, no mess. Due to this fact, determined in hindsight, of course, I am supposed to stay home for 10 days, but then I’m on off time anyway. Were I not, I would get paid time off. I lamented to the HR guy that, damn, I was about to do some extra work for them, but hadn’t decided yet. Too late. (They would have paid me off.)

Now, this damn thing is costing me money! I don’t like that aspect of it at all. It's one thing for the Kung Flu to be turned into a PanicFest for political reasons and to screw up the entire small business economy of America. This time, though, it's personal! (Hmmm, this rings a bell. What US President does that remind you of?)

It wasn't that I tested positive for the COVID. I imagine I very well could, but I'll be damned if I'm going in for a test. I feel fine. Any Peak Stupidity reader of more that 9 months will know that I just don't worry about this thing, disease-wise. Politically, you know I do!

The HR guy on the phone was complimentary that I was so positive (see, positive, get it?) about the whole thing. “I’m not worried about this thing. Those bugs have probably been running in and out of me since March”, I told him.

The next morning, I thought of something else. Who knows if that guy I worked with recently gave me the COVID, as opposed to me giving him the COVID? Do either of us care? I think not.

PS: A 61 y/o friend just got over it. He had some diarrhea, a fever up to 100 F max, and said he just felt weak for a couple of days. I told him Donald Trump knocked it out in 2 days, so I should start calling him (my friend) “Sleepy REDACTED“.

PPS: Our family member in the healthcare field, a nurse to be precise, had this to tell us: There are various COVID patients on the regular floor she works on. Sometimes, they don't know that till additional symptoms come up, as doctors don't always catch it. The police for the nursing/tech staff is that, even if you test positive, you are required to come into work unless you have symptoms. So, let me get this straight... is that what people did during Black Plague 1.0? Just asking for a friend ... working in the hospital ... during a time when hysterical people are acting like we have Black Plague 2.0.

* The big reference is to the name of the fictional movie, Prognosis Negative, in the old show Seinfeld (thanks for clearing that up, commenter, Alarmist). Then there was the Office show in which Michael Scott was under the impression that a "negative" result on a skin cancer test was BAD.

** HIPPA laws say he couldn’t tell me who it was, but I narrowed it down, and he sheepishly said, “well, yeah.”

Adam Smith
PS: "The vaporing hysterics continue to shill for masks and lockdowns, no matter how much evidence to the contrary is presented."

Agreed Mr. Anon. The panickers are completely impervious to logic, reason, evidence and apparently common sense. Everyone picked a team early on and no one has changed their opinion. The pro-panickers are not content to just let us live our lives in peace and sanity. This mass hysteria is truly bizarre. I hope it ends soon.

☮
Mr. Anon
PS "Your point about the flu is a good one. Did you bring that up on the thread under Mr. Sailer's post about the excess deaths?"

I've brought up a lot of things at Sailer's website. The fact is, I don't much care what people say there anymore. Opinions have sorted themselves out there, and nobody is changing their mind. The vaporing hysterics continue to shill for masks and lockdowns, no matter how much evidence to the contrary is presented. They're going down with that ship. Bon Voyage, I say.
Adam Smith
PS: Happy new year everyone...

Recently vaccinated people spread disease and should quarantine for about a month, but almost no one self quarantines after taking a jab.*

Here's a story about about a nurse who spent 10 months working directly with COVID patients who failed to contract the most sinister of viruses...

But, on December 26, "I started I woke up with chills,” the nurse said. “I checked my temperature and I had like a low-grade temp of 99.9. So as soon as I knew right away, I was like oh no I probably contracted COVID.”

“All my friends were like well I thought you got the vaccine and I thought you like couldn't get it,” the nurse said. “I was like no guys like it's not. A lot of people didn't know it was a two part vaccine.”

Here is another story that is remarkably similar...

"Matthew W., 45, a nurse at two different local hospitals, said in a Facebook post on December 18 that he had received the Pfizer vaccine..."

"Six days later on Christmas Eve, he became sick after working a shift in the COVID-19 unit, the report added. He got the chills and later came down with muscle aches and fatigue."

I'm under the impression that once exposed to the most sinister of viruses, it takes about 5-10 days to develop symptoms if your are going to do so. In both cases these nurses took their jab and went right back to work at the hospital where they could spread the covid. I'd assume that they also went to the grocery store or where ever else they wanted to go, all the while blissfully unaware of the fact that they were likely contagious.

"The question is whether people who have been vaccinated can still be vectors of this disease, and the answer is absolutely," Melendez said. "I believe that with the great news of the vaccine, people who get vaccinated are also going to have a false sense of security. Therefore, I think it's important for people to know, because even though you have the vaccine, you can still infect people."

I expect the cases! will skyrocket as more people get their jab. I also expect more nursing home residents to die after their jab.

“One of the things we want to make sure people understand is that they should not be unnecessarily alarmed if there are reports, once we start vaccinating, of someone or multiple people dying within a day or two of their vaccination who are residents of a long-term care facility. That would be something we would expect, as a normal occurrence, because people die frequently in nursing homes.”

Of course the media will vehemently deny any connection between someone receiving a jab and then falling ill shortly there after. The media will continue to pretend vaccine injury is not real and will call some of us names for pointing out that it is.

I hope you all have a great evening.

*For a little more information about how vaccines spread disease you can read a comment of mine from December 3, here...

☮
Moderator
PS: Alarmist, yep, I'd rather leave them alone and they leave me alone.

Mr. Anon, yeah, that was Seinfeld, not "The Office". They were making a movie in "The Office", but it was "Threat Level Midnight". Again, that was when that show got off the script.

Your point about the flu is a good one. Did you bring that up on the thread under Mr. Sailer's post about the excess deaths?

Oh, as to your 2nd paragraph, I suppose that hospital doesn't really want to pay double-pay to get "well" nurses to come in for extra shifts to replace those pozzed ones. Their normal business model must go on. With all the government help, it's been going gangbusters, money-wise.
Moderator
PS: Mr. Blanc, that would be one bright spot about the election. Are they waiting till January 20th?
Moderator
PS: Bill, there is so much hypocrisy, but for reasons (not to be a pest or an outlaw), people just seem to let this all go. See, the hospital really needs those nurses and techs, so, ya' know ...

Yep, if it was that contagious and deadly, no matter what they they were told to do, people would hunker down in one room and get food through disposable buckets left outside the door, with the waste headed the other way, for the sake of their families. Of course, there'd be sanitizing sprays and biohazard bags of all sorts involved. If these Totalitarian regimes we live under were truly worried about people not dying, they'd be forcing people to live this way, till they either got better, or Eric Idle came around the next Thursday with the "bring out your dead" cart.
Mr. Anon
PS "Prognosis Negative" was also one of the made-up movies in Seinfeld.

It's interesting that nurses in that one hospital at least are required to go in to work even if they test positive for the 'Rona. But what about asymptomatic transmission? It was - if one remembers - the reason we are all supposed to wear our Fauci-Hijabs.

Flu is way down this year compared to last year. We are told this is because the COVID policies of masking and social distancing are inhibiting the spread of flu. However those same policies are not inhibiting the spread of SARS-COV-2, which is why cases are spiking. And because cases are spiking, we all need to be sure to wear masks and socially distance.

There isn't any part of the official narrative that isn't a damnable concatenation oflies.
The Alarmist
PS

I suppose you could sue your employer for its negligence in allowing you to be exposed, but your blog would be exhibits 1 to 1,000 for the respondent.

RIP, dude, the Angel of Dearth [no Sic] is just around the corner.
MBlanc46
PS They’re going to have to climb down from the Plague Panic soon. They can’t want the Biden-Harris regime encumbered by it. Stay tuned for signals that, for one reason or another, normal service, or what’s left of it, has resumed.
Bill H
PS This is the dread disease that is slaughtering our fellow citizens in droves, and is so dangerous that it justifies closing our economy and driving millions into poverty, and what do they do when they tell you that you have tested positive for the virus? What do they tell you to do when you have been infected with a virus about which the media is screaming panic for 15-30 minutes every single evening.

This does not sound to me like they think this virus is really as dangerous as they are telling us over the media, and I suspect that it tells us why the government people do not follow the "precautions" that they tell us to follow. They are not worried about catching this bug, they just want us to be afraid.