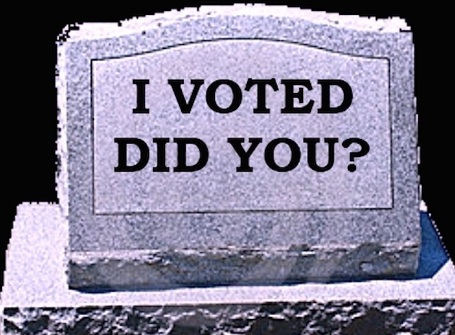 It's not so easy to hear about these things since the censorship in the Lyin' Press and Social Media became so blatantly anti-Trump and anti-Trump-supporters. From this VDare post by James Kirkpatrick and my checking out the Stop the Steal site, I learned that there will be rallies tomorrow in Washington, FS (the biggest one, of course) and in 6 States where the election theft matters the most. Those States are Arizona, Georgia, Michigan, Nevada, Pennsylvania, and Wisconsin.

This is a last minute post, but just in the very slight chance that we've reached someone who can make one of these rallies, we urge you to please think about getting out. Peak Stupidity hasn't kept our readers informed on the goings on in the fight against CheapFest '20, other than in 2 posts on the Constitutional aspects of this travesty (Part 1 and Part 2). The whole thing has been egregious and in our faces, but I've not had enough confidence in the rule of law in the country anymore to have hope about this.

Attending rallies is still uplifting and fun. It's good to see a whole lot of like-minded patriots around, such as I saw in the 10's of thousands in Richmond, Virginia at the gun rally, this past January - There's great power in numbers - Case study: Richmond, Virginia. This was before the Kung Flu PanicFest had started, so it seems like years ago.

We are not going to get out of the mess the country is in by using the Constitution. We're not going to vote our way out of this next time either. It sure would be nice to rile up the nest of Commie scum of the Blue squad though. The deadline of December 13th for counting of electoral votes is the day after tomorrow. I hope to hear of some massive rallies.*

☮
Moderator
PS: Not that they were really the good guys either, Mr. Ape, but the Brownshirts were the ones fighting the Commies in Germany a hundred or ninety years ago, whatever shirts the Commies were wearing. One would think red, but I doubt it.

I had read that beside the Proud Boys, there were to be some Oath Keepers there in Washington to help out the vulnerable in that rally.

Yes, Biden will work hard on behalf of the CCP.
The Hairy Ape
PS Esteemed party member comrade kommissar Beijing Biden is selecting Big Tech Bolsheviks for his regime.
There is no office of the president elect and this is all the biggest gaslighting psyop in human history.
2020 will be remembered as a through the looking glass moment for manboons.
Just read some pages about these rallies and turnout is HUGE with the Trumpster flying over in a helicopter.
It must have caught the CCP/CPUSA comrades off guard because there haven't been any black shirted brawlers in a stale reheated imitation of the SA-Brownshirts from the 1930s.
If these true believers think that they are going to get a seat at the ruling class table then it is time to read about the great Yuri Bezmenov.