After all the negative crap I've been dealing with regarding the further increase of this Kung Flu PanicFest, things went a little bit better today. I guess this will make a post, just because the ending is slightly heartening.

At the grocery store this morning, where I went to buy a gallon of milk, as usual, nobody said a word about my non-masking. That was nice. Later I went to a store for a lighting fixture that had an 8 1/2' x 11" printed sign saying masks were mandatory. I wore no mask, and not a word was said about that.

Some words were said about the fact that you can't find anything anymore* though, cause the lady said on the phone "yeah, we have that", but half-assed numbers don't cut it, and her estimate was wrong on the size. These weren't harsh words at all, though, as the lady had been very helpful anyway.

To avoid my going out there a ways being a waste of time, I noticed that, yeah, I hadn't been to Harbor Freight for the Cheap China-made Crap, errrr, tools in a long time, maybe 2 years or more. The sign said something about face masks. I ignored it for 1/2 an hour, as I browsed the whole store with a few tips from some helpful young white guy who was pretty damn happy with his job there** too.

Picking the boy up from the school could have been problematic. Because I was not looking for trouble, I wasted a few minutes I was early by, by watching some construction on a water line under the road. As I came back with my kid, I saw the fairly pretty construction worker girl, who had no face mask along with the rest of the crew (the guys were running the machinery and shoveling, and she was moving some brush around). 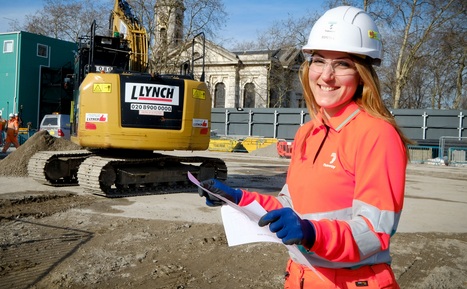 "Hey", I turned around and said, "thanks for not wearing a mask. Really, I mean it, you're setting a good example." I told her about the tagless recess at the school. She was surprised at the ridiculousness of it and said, "that's just degrading to the kids."

Some people get it, once they know how stupid this has been getting.

Well that was one day without any Kung Flu Kontroversy on my end. Tomorrow may be different.

* My auto mechanic friend says that he has been having an especially hard time lately finding parts for the cars he likes to fix up right. He thinks the inventories aren't being kept up.

** I had to tell him my story about DIY Tire Repair with Cheap China-made Crap, though, but I told him that some of the stuff I'd bought at Harbor Freight had worked out well.

Moderator
PS: Mr. Blanc, I was hopeful during the Summer of George (Floyd) that the PanicFest was all over. Man, how wrong I was!

My wife had come around and mellowed out a lot on this, Alarmist. I hope you experience the same after a while.
The Alarmist
PS

Supply chains are indeed creaking. I dug out my old solder re-work station earler this year and started repairing electronics I would have thrown away last year. That doesn’t fill the freezer, but the generator and solar array I built in the back yard will keep it running for a while.

Bless that young lady’s heart ... she said the very thing I would want to hear from a woman. My wife and I are having too many conversations where she talks about saving lives and I talk about them being prolonged in a world in which increasingly fewer are actually living and are merely surviving.

MBlanc46
PS Savor the good days. There might be rough seas ahead. I’d originally thought that the Xi virus might be vanquished on JAN 20 at noon, but it appears that the Bidenreich may be planning to announce its presence by even more draconian measures than we’ve seen in the past nine months.