I guess it would be nice to get a post up with the Jeff Foxworthy-like title: You know you live in a 3rd-World country, if ... with the top 10 (such as his "You know you're a redneck if ..." routing from long ago. Having a Feral Government police agency like the current-day FBI, Federal Bureau of Investigation, would be right up there on such a list.


The movie version of the famed dedicated FBI of yesteryear: 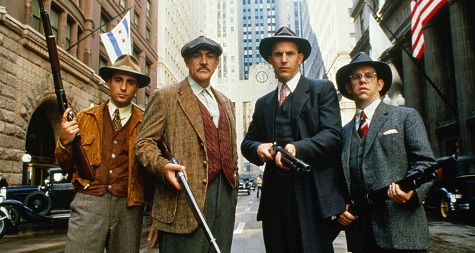 Our Founders would not have believed that there would, or should, be a national police agency of ANY sort. That's not Constitutional. State and local agencies communicating and coordinating to solve interstate crimes, sure. Something like kidnapping is a good example of where local police alone are often not going to able to practically and legally investigate and prosecute. (Note, however, our Peak Stupidity exclusive, interesting and true China story that involved a kidnapping and local police that were interstate rivals, rather than cooperators.)

The FBI's own web site has a brief history of the reasons for the founding of this agency 112 years ago, in 1908 here. Interestingly, even the Federal version of the PC police has not investigated that particular web page, as it pretty much implicates the crowded cities full of immigrants in the origins of organized crime, causing the need for such an organization:

The United States was, well, united, with its borders stretching from coast to coast and only two landlocked states left to officially join the union. Inventions like the telephone, the telegraph, and the railroad had seemed to shrink its vast distances even as the country had spread west. After years of industrializing, America was wealthier than ever, too, and a new world power on the block, thanks to its naval victory over Spain.

But there were dark clouds on the horizon.

The country’s cities had grown enormously by 1908—there were more than 100 with populations over 50,000—and understandably, crime had grown right along with them. In these big cities, with their many overcrowded tenements filled with the poor and disillusioned and with all the ethnic tensions of an increasingly immigrant nation stirred in for good measure, tempers often flared. Clashes between striking workers and their factory bosses were turning increasingly violent. [My bolding]

It was President Roosevelt who pushed for the founding of the FBI after he took office when President McKinley was shot by an anarchist, a 28-year-old Ohioan named Leon Czolgosz**. 7 years later, the FBI was formed.

It took 3 decades or so, and a great incentive for criminal activity, Amendment XVI* and the ensuing Volstead Act, to really make organized crime a really big and worthwhile endeavor.

Hence, as the picture above from The Untouchables (and there were dozens of other such movies) illustrates, these interstate crime fighters were supposed to be uncorrupted by the fray and the local political machinery. This way was a way to fight the power of organized crime with all the resources of the Federal Government with men who were unconnected and hence, supposedly all uncorrupted.


The image of the modern professional FBI men - about a 30 year out-of-date concept: 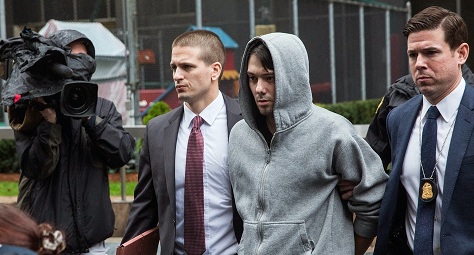 With a non-so-diverse country and non-diverse, probably 95% white male FBI, and lastly, a civil and not-completely-politicized Feral Gov't, that kind of thing was possible. People looked up to the FBI as above the "local yokels" as some definitely are, such as the purely revenue-generating speed-trap troopers can be. These are were the educated guys win the nice suits that talk into wrist mounted radios. Jody Foster's character in The Silence of the Lambs, though a woman not past her prime, and not a known lesbian yet (a crying shame if you ask me, some other Presidential would-be-assassins*** and plenty of taxi drivers), was such a uncorrupted, smart, efficient, and hard-working such example. (Yeah, it's just a movie. I don't know any of these people personally - just as well, I'm thinking.)

As I wrote in the picture caption, that is an old outdated concept though. Partly this is due to intensive diversity, including Affirmation Action, meaning dumber, less efficient, lazier, and more corruptible agents. 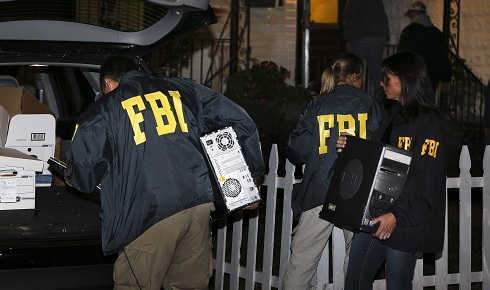 That's just part of the problem. In Part 2, I'll get into the use of the FBI as an enforcement arm for the agenda of the US Government and in Part 3 the massive stupidity with this agency's relationship to President Trump.

Continuing here though, I was aware that the FBI were not non-corruptible professionals when they were one half of the two agencies (the 2nd being the ATF) used as nothing but assassination squads in the Waco, Texas Massacre in the spring of 1993.


The handiwork of the FBI, with an assist from the ATF: 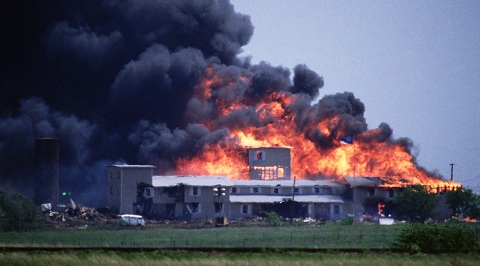 I got started on this post due to reading an article by a former government oversight official of the agency that had a lot to say about this subject. I haven't even got to his article yet! There's plenty of stupidity to cover folks, so not to worry. I sometimes need a couple of days away from the blog. (Then, what do I do? Go on unz and comment back and forth like a mad, man ;-}, is what. )

* I was || <-- that close to writing "there you go again" with that "Ohioan" crap, but this Czolgosz guy, not an Untouchable, but an Unpronounceable, was born in Alpena, Michigan, up in the NE corner of the "palm". Original founding stock American? Not so much.

*** Because this may be cryptic to some, I refer to Mr. John Hinkley, who shot President Reagan in March 1981 due to his love for Jody Foster. I'll explain later, in a history post I've been meaning to write for a long time.

Mr. Anon
PS Just a quibble: Elliot Ness was a T-Man, a treasury agent in the Bureau of Prohibition (the forerunner of the ATF), not a G-Man.

The FBI has always been rotten, right from the start. If you tell people: would you trust a government agency that was run by one man as his own private fiefdom for almost half a century? Most people would say 'No'. That's exactly what the FBI was under Hoover. At best, the Bureau is incompetent. At worst, it is malign.
MBlanc46
PS Robert: Agree about Will. It sure sure shows how Liddy brought Nixon down.
Third World Banana Republic
PS Das Teevee just announced the CAREN act for "racist hatecrime" superfluous 911 calls.
I'm sure the FIB's (liars) Sargent Schultz knows nothing about this.
Dastardly backwoods militias are hiding in the bushes outside witless Whitmer's luxury dacha.
We are South Africa now and there is no coming back from terminal stupidity.
Moderator
PS: Oh, OK. I had to look the guy Strzok up. That's how little I've kept up with this FBI part of the Russia collusion distraction, or really just the whole distraction itself. That's, in fact, the subject of Part 3 of this deal. (They always start out in my head as one post!)
Robert
PS: Good one, Mr. Alarmist.

G. Gordon Liddy --- old style crazy American FBI agent (Will is a great book.)
Peter Strzok --- new style. I can't even spell his name reliably, without cut and paste.
The Alarmist
PS ... is for Peter Strzok, Female Body Inspector, who turned a Page one too many times.