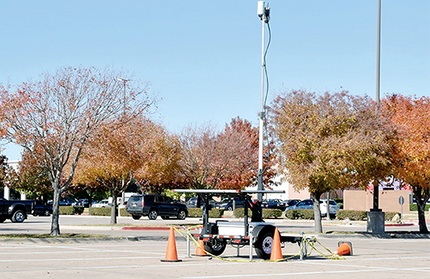 This and the next post are anecdotal from a shopping trip I made two days back. I got distracted with other things, and so they will both appear today. All it takes is some time mixing among 2020 life to put a number of posts in my head. There will be no running out the way it's going ...

It's been a while since I have needed to go into the building supply store. That's a good thing, as nothing has been broken. On the other hand, I haven't been doing any even minor little projects. They can be fun, and going shopping for this sort of thing is more enjoyable* to me than other shopping.

I went into Lowe's un-masked. It was just that kind of day, too nice for that stuff, and I needed to get material for a blog post... so... I don't recall anyone even looking at me funny, as I went by the customer service area into the store and all the rest of the time. Since it had been a while and the 2 items I needed were ones that could have been in various areas , I talked to about 3 employees for directions to the appropriate aisles. Each of them was very helpful. Not a one said a word about my not wearing a mask. (I really think that they may have thought afterward "Now, what was different about that guy? He looked kind of... normal.")

A young black guy left his stocking work to ask me if I needed help with the weather stripping. He wasn't really of help, as I already was looking at the right stuff and just sorting things out, but he was nice enough. I hesitate to even ask the young people about anything very specific regarding use of the products, and especially a black kid. Still, that was nice.

Oh, then I had to shop for tools, just looking for something I might need while I was in there. Yes, that is woman-style shopping, but I know I'll think of what I should have bought in the next week or so, and the stuff just might be better than the Harbor Freight crap.

It was then up to the register where they had the plexiglas and a young woman with a thick black mask on was behind it. It wasn't till I finished paying and was grabbing the bag that I saw the "Black Lives Matter" logo on this white cashier's mask. Disgusting! I gave her that look and walked out. (You can give looks better without a mask on too, see?) This is where this turns completely from another Kung Flu post into a Race post.

Out in the parking lot, because the exit is about 50 yard from the entrance, I noticed what I hadn't on the way in. It was that solar powered police camera station on a trailer shown at the top. What kind of problems have they been having out in the parking lot? I don't know if it's been cars being broken into or worse.

I thought back to the idiot white check-out girl with her Black Lives Matter advertisement. I guess it's more of a warning than an advertisement. See, this is why those cameras up on the pole on that expensive trailer had to be there. Black lives matter. If it weren't for black lives, started by single black women living off the taxpayers much of the time, nurtured via feedings of unhealthy fatty food, instruction via loud yelling of obscenities and threats, nurtured further by gang-banging peers who never worked a day in their lives, with a genetic propensity to be on the violent side to begin with, well, we wouldn't need that camera trailer in the Lowe's parking lot.


* Except as a substitute for the dwindling supply of hardware stores, discussed in China vs. America and the local hardware store, as the big box store is farther, takes longer to do business in, is usually less personable, and one can't always buy small quantities of hardware.

BLM is evergreen ... The gift (in the German sense of the word) that keeps on giving.
Moderator
PS: Still working on that mad-lib, Mr. Blanc. That's why I hadn't written in yet.
MBlanc46
PS No worries about running out of material. The supply of stupidity is endless and endlessly increasing. Regarding blacks: They are the gift that keeps on giving (or whatever the noun/verb pair is).