It's a Beautiful Day in the Leafy Neighborhood.

This post comes out of nowhere. It wasn't something on the back burner, doesn't relate to the Kung Flu or associated Panic-Fest, but "once in a while you get shown the light, in the strangest of places, if you look at it right", or something like that.

In local goings-on, there is a brewing brew-haha regarding a big building of apartments, maybe condos, that is being planned for a nearby lot. As a Libertarian, zoning rules and all that are not something that I get fully behind. In fact, there was already a project that cost me a loss of value in which the developer ignored zoning rules. I had figured "hey, it's his land", but I kind of regret that. In this case, for the people close by, the exception to the zoning rules which the developers desire will enable this building to be a real shit-show for the neighborhood. 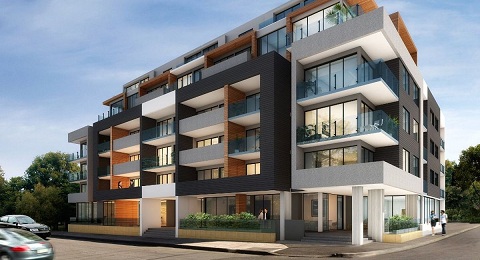 (This is not this particular one in question, but they all seen to look like this now.)

In support of the efforts of a nice lady whom I know from the kid's school, I made a call to her, both to point her to someone I know who might be able to give extra help and expertise, and to let her know I'll be "attending" a meeting. No, we can't really attend in person, which is not at all the same thing, when people are riled up -is that another (un?)intended consequence of all the Corona Panic LOCKDOWN stuff? It does indeed put a damper on public protest if one can be arrested just for being somewhere as part of a crowd.("Three's a crowd", that saying went, or that's what you'll hear in court. That is, if you are not one of the approved crowds.)

That Corona-digression over with, I'll add that we talked nicely for a couple of minutes about this thing. There will be a real problem with traffic, but the main concern for anyone who has any imagination is that the neighborhood will be changed if this building goes up. That means a lot of things, and this lady lives closer than I do, hence her work in putting out flyers, sending emails, etc.

A thing I mentioned was that, even the builders ought to have second thoughts the way the market is going. Many hundreds, maybe close to a thousand, by my count, apartment units have been build recently for university students not too far away. These places cost a pretty penny to rent, about $1,000/month-student. These students will go back to school in the fall, but many of the classes will be remote, the semester will be shortened, and I just don't think everyone will come back.

"They may have a hard time renting the places out, or selling them, the way things are going right now. Then, guess what, they will lower the prices and they'll be a bunch of black guys around." Yes, I said it just like this, or as best as I can recall. Keep in mind, this lady has young kids, 3 of them. Our neighborhood is what you would call a "leafy neighborhood". In Steve Sailer talk (gotta still love the guy), that means almost no black people. Yes, there are trees that drop leaves too, BTW... too damn many sometimes!

Now, the lady could have been understandably a little taken aback, but I said this to drive the point home - this may be coming. She could have said the usual things like "well, it's not about race, but we don't want any irresponsible people ... blah, blah ... or "I wouldn't put it like that, but yeah, I see what you're saying ...." or "Well, that's not nice", even. She could have said a number of things that would not sound bad if word got back to the other PTO ladies (Parent Teacher Organization, formerly the PTA).

(See, this is how Peak Stupidity operates - we like to leave the reader in suspense for a while.)

I'll tell you what the lady said. This neighbor Mom of 3 said "I would LOVE to have black neighbors." I shit you not, readers. That is no paraphrase - that's what this perfectly intelligent parent said. That's what happens when you lie to yourself. You start lying to others too.

Maybe you've had plenty of decent black neighbors in the past. Hopefully you didn't have trouble from the young men of a certain age - the odds are not in your favor though. OK, they can beef up the police patrols. You can send your kids to a private school if it comes down to that. The only things stolen were a mower and a ladder, but nobody's broken in ... or anything ... yet. Listen lady, I could see as truthful thoughts, ones like "it worked out OK last time there were 2 houses on the block with black people. I could live with it." Sure, but "I would LOVE to have black neighbors"? The hell you would. 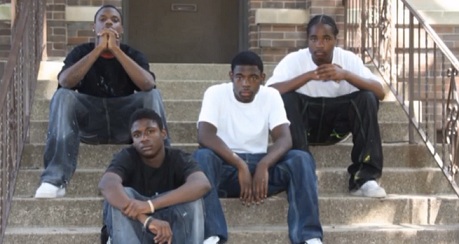 I didn't say a word. My being lied to in that manner kind of surprised me. I wasn't going to set her straight on the phone. Were this place to get built, end up not filling up easily, and be 1/2 full of black families, and crime start to get out of hand, I am sure she would not say "I was wrong" as I walked by and saw the family loading up the moving van.

You can't solve problems, people, if you can't even tell the truth to yourselves.

Moderator
PS: Oh, thought the youtube link would be to George teaching Jerry how to lie for the polygraph at the coffee shop. Thanks for The Dead.
Moderator
PS: I DID have that quote in mind, if you can believe it, when I was writing out that part, Mr. Ganderson. Sure, I guess it ought to go up in the post.
Ganderson
PS. Remember what George Costanza said “It’s not a lie, if YOU believe it.”