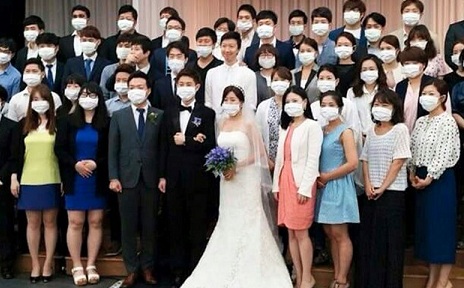 The talk about China lately, with both rightful and wrongful animosity, has been regarding the Kung Flu, with its obvious origins. This post will get off that subject with just some musing about Peak Stupidity's personal experience with the place over a recent span.

I went to China for the first time almost 1 1/2 decades ago. It's not like I was under the impression that this was 1950s-1970s China, under the influence of the hard-core Communism of the tyrant/butcher Mao Zedong. I didn't expect to be followed constantly or shown around by a handler. I didn't expect to have my stool analyzed by some poor cadre for the purposes of intelligence, as a) I'm have neither the clout nor the intelligence, and b) after drinking some non-boiled water, I got a feeling he'd have turned in his resignation instead. I didn't know what to expect however.

What I found in China was what I thought of as "the Wild, Wild East". It was a blast. Just a first glimpse of the traffic and the free-for-all, with cars, pedestrians, and motor-scooters all mixing it up, with no one stopping for stop signs, not always for the lights, and apparently some interlock built into the cars making them impossible to run without beeping the horn ever 10 seconds, gave me a good impression. (Oh sure, you wouldn't want to live like that for good, possibly, but still ...) Additionally, I barely saw a cop on the road doing any traffic enforcement, which, yeah, explains a lot.

Early on, I thought about getting my cell phone working there (didn't end up needing it). One could go anywhere around this big city (hell, they're ALL big cities for us) and find a shop or just booth on the street with SIM cards for sale. The funny thing is, that superstition still runs high, with 4's being very bad and 8's being very good, so prices varied considerably depending on the phone number*. The main thing I liked is that there was complete anonymity. Try the card out, pay your cash, which was all they took at those places, and you're on your way with anonymous service. (Well, nobody's gonna call or answer anyway, it your number ends in quadruple 4's!)

It was the same for the internet. To take care of some business, I went into the old internet cafes a number of times, laid down 2 ¥ (RMB), equivalent to ~ 40¢ then and now** for an hour with, yea, BROADBAND, dontcha' know! Nobody asked for a name or ID. In fact at 5 in the morning, because I couldn't sleep when it afternoon at home, I went into one internet cafe to check email, and the young lady was slumped over at the desk, sleeping away. I had to tap her shoulder, she held up 2 fingers and I gave her 2 bills and sat down in front of the nearest computer (sum yung guys were playing video games nearby).

On a trip a year or so later, I'd had to get a 1st class ticket to assure getting a seat on a flight (it wasn't too bad a price, but I don't know if they were just telling me some BS - no way to know). If I'm gonna ride there, yes, I'll get my free drinks. I had 2 beers and brought the a 3rd can with me. 10 days later, on the way out at 8 AM, I remembered right outside the security line at the airport "oh, yeah, that beer - it is a liquid, so..." ... so I grabbed it out to drink it up. Ooops, I'd forgotten that my luggage had been rolling up curbs with me and so forth, so splooosh, it was a geyser that I probably only caught 2 or 3 ounces of. No yelling, no freaking out, and no problem occurred. It may have been slightly amusing to a few nearby Chinamen, is all.

I'm trying to describe a place that I noticed was lots freer than I expected and in many ways, more than the US. OK, the roads, the internet, and phone service is not everything by any means. I was, BTW able to pull up gunowners.org, one of my favorites at the time and noticed nothing that wouldn't come up. (This was well before youtube was known to me, so I did no experiments therewith.) OTOH, for a Chinaman to post some political things on a blog, well, I found out more about that later.

There's lots that a foreigner who doesn't know the language is never going to learn about. However, my first impression was that China could possibly be the new land of freedom, as I'd known America was continuously heading in the wrong direction since 1995 (see When did the Feral Government get OUT OF CONTROL? - Part 1.) It was exhilarating to see this place. As much as I was already so disappointed in my native nation, I hadn't lost hope yet, but China screamed out "SHTF bug-out location" to me, not like they'd just let me waltz on in, though...

I've been to China a number of times since (various places too). By 10 years later, all that exhilaration and hope was gone. First of all, I'd learned some more about the history, the people, and the CCP government, especially noting that respect for central government authority ingrained in the whole culture meant nobody was ready to earn that Citizenship in the Nation merit badge anytime soon. It's not that there aren't plenty of rebels (see Fireworks from China and A Great War never even heard of - the Taiping Rebellion.) They know that there are plenty of corrupt people in power. They just want to replace them with non-corrupt people next time rather than with no people at all. I doubt that the Chinese people have listened much to the REAL WHO, so they most certainly WILL get fooled again.

They ARE getting fooled again, in fact. Because the Chinese people have come out of extreme poverty for most citizens very rapidly from 1985 to now, the extremely materialistic attitude that has resulted precludes the asking of important questions, I guess. Those questions should be about the way the new electronic technology is being used to convert the country into a place the bad guys in 1984 could only dream about. Cell phone tracking, cashless payments, and Social Credit are the big trends in China now. I wonder if anyone there is worried about it all.

I will include some differences from later trips to the Middle Kingdom in Part 2, as this one ran on a lot longer than expected.


* I'll get a post going soon on this superstition business in China v America.

Moderator
PS: Thank you very much for the entertaining anecdote, Mr. Blanc. One can notice a lot in one day, even as a dirty hippie ;-}

Hey, don't worry about that Statue of Limitations. It's been toppled along with any of Erich Honecker that may have been up... and possibly set back up in Berkeley, California. Also, whatever happens on Peak Stupidity stays on Peak Stupidity ... with your name and EVERYTHING, haha!
MBlanc46
PS I was only in East Berlin for one day. It was p*ssing down rain. I mostly went to see the big national museum. I was having a hard time finding it, so I walked up to a couple of obvious cops sitting in a car and asked, in fractured German, for directions. They seemed slightly bemused by be a dripping wet hippy asking for directions in barely comprehensible German, but they complied. The roof of the museum was leaking like a sieve; there were buckets everywhere. I’d come in via the subway that connect the East with the West, and planned to leave via Checkpoint Charlie, but when I got to Checkpoint Charlie a few minutes before kick-out time, I was told that you had to leave by the point that you entered. I really had to hustle to get to the subway station in time. I engaged in a bit of currency smuggling. I was collecting a coin from each country that I visited. I knew that I wasn’t supposed to take any DDR money out, so I slipped an Ostmark into my sock. It was the same diameter as a Deutsche Mark, but weighed about two-thirds. They were really skimping on the coinage. I hope that the statute of limitations has expired.
Moderator
PS: Mr. Blanc, yes the 3rd World has that advantage. Even if lots of rules are imposed, they don't have the organizational skills to really enforce it all. It can be a good thing. LOL, about Germany - if you're gonna do Communism, may as well do it with quality and perfection.

PS: I missed getting a chance to go to West Berlin when it was still part of the East Bloc. I would have liked to have seen the real deal across the wall.
MBlanc46
PS Interesting take on China. I suppose that any less technologically developed country seems somewhat free, because the authorities lack the means to impose their will on the proles, however much they want to do so. I saw something of that in the only Third World country that I’ve been to, Morocco. Not so much in my one day in East Berlin. But, then, those were Germans.