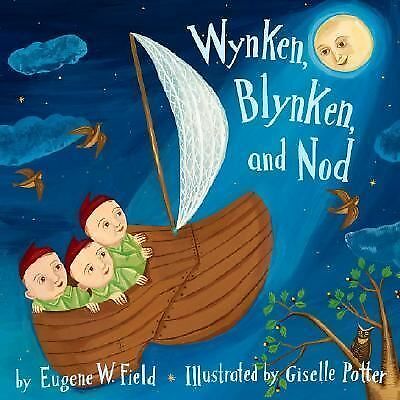 Peak Stupidity has noted at least one silver lining in black cloud of this Kung Flu Infotainment Panic-Fest. That is, with the kids out of school, families have time together, and can try out new, or really, old, ways of teaching and learning. (See School's out For Ever!")

There is another related bright spot. The elementary school that we use and have paid taxes for, for a long time, starts up very early. There's something about needing the buses (that most of the parents don't use) for other schools afterwards, or whatever. It means getting up at 6:30 A. Do you remember as a kid HATE HATE HATING it when you were supposed to go to sleep when it was still light outside? It seemed rather egregious, especially when you could hear other kids out there having a blast.

Well, that's what you gotta do when you wake up at 6:30, not to mention the parents that make breakfast. Lots of sleep is great for anyone, but especially for kids with their still-developing brains. The best we could do before was get the little one to sleep at 8 P to 8:30. 10 hours of sleep sounds good, but still.

Now, with OUR schedule, the boy wakes up at 8A, giving him from 11 to 12 hours of sleep. We could go into statistics-land later one, and maybe work out some numbers on how much smarter the kids are from this Kung Flu break. I sure don't know how you'd pull off a good comparison though, to what, the kids last year? How about I just speculate that this extra sleep for the kids for a few months (at least!) may be very good for them and all of us.

Let's try to forget the how much BS has been pulled on us in the cause of fighting a supposed "crisis". We've got important political web-site owners/hosts who have gone bat-shit crazy over those who seek the truth in this matter. We've got websites (here) to straighten out before too many users come on board and rightfully give up on us.

I'd like to just get out of this for a spell, into a deep sleep, like the young one ... into the land of Wynken, Blynken and Nod.

Wynken, Blynken, and Nod one night
sailed off in a wooden shoe,
sailed on a river of crystal light
into a sea of dew.
"Where are you going, and what do you wish?",
the old moon asked the three.
"We have come to fish for the herring-fish
that live in this beautiful sea;
Nets of silver and gold have we", said

The old moon laughed and sang a song,
as they rocked in the wooden shoe
and the wind that sped them all night long
ruffled the waves of dew;
The little stars were the herring-fish
that lived in the beautiful sea.
"Now cast your nets wherever you wish.
Never afraid are we!"
So cried the stars to the fishermen three -

All night long their nets they threw
to the stars in the twinkling foam.
Then down from the skies came the wooden shoe,
bringing the fishermen home:
'Twas all so pretty a sail, it seemed,
as if it could not be;
And some folk thought 'twas a dream they'd dreamed
of sailing that beautiful sea;
But I shall name you the fishermen three:

Wynken and Blynken are two little eyes,
ad Nod is a little head,
and the wooden shoe that sailed the skies
is a wee one's trundle-bed;
So shut your eyes while Mother sings
of wonderful sights that be,
and you shall see the beautiful things
as you rock in the misty sea,
where the old shoe rocked the fishermen three -

This poem was written by Eugene Field (called the "Poet of Childhood") and published 131 years ago. See poets.org for more.

Moderator
PS: I guess, Robert, for the slightly-more-occasional child was in a car wreck without seat belts (jumping around in the "way back", as we called it, in the station wagon), or drunk teenagers going 90mph down country roads (yep, been there) who hit that oak tree, it was a much worse life. For the rest of us, it was a much better world.

CPS though, is not just an OSHA or EPA, something that impedes getting things done and doing business. CPS is more of a real evil, many times preventing parents from properly raising their children, and other times causing much pain for Dads who could have otherwise gotten their wives in line and kept the families together.

Yeah, topography is weird sometimes. I remember that uphill both ways thing too. Got-damn city planners! ;-}
Robert
PS: At least for these couple of kids, they were seven or eight.

When I was their age I had to walk (Uphill Both Ways) (In The Snow) to school. Bike riding any distances didn't come in till 10 or so. And then mostly summers.

But then again, any place more then a mile away, depending on one's race, One Did Not Go.

P.S. Maybe not on a stingray. There were other bikes.

P.P.S. Yes, I agree. My point was, that at least here, the kids are active participants in their own immiseration. Something has been lost in this country.

P.P.P.S. Family stories are not always reliable, but the first long distance car trip I took (I was 2 or 3), my father held me in his lap (no seat belts) while he drove the car. This somehow seems appropriate to the post, although I couldn't provide the details.

I mean, three kids get into a shoe, and go sailing off on a cloud of dew! Where was Child Protective Services? Even the old lady who lived in a shoe did better then this!
Moderator
PS: Robert, my post was geared more toward the little ones. Once they are 12, they don't want to be seen with their parents, at least not in mixed company! Kids don't ride bikes like they used to. In my day, starting at 4 1/2, we got around.

Later on, well, I mean you can't smoke weed in the parking lot on your stingray, so ...
Robert
PS: Around here there are kids who get ON the school bus at 6:30. These are the kids who are close to the school, and so at the beginning of the bus route. (I know, it sounds backwards to me.)

However, they seem to not dislike this! At least two my mother knows, did not want to either a) have their parents drop them off (perhaps if they had cooler cars?) or b) bike to school. Apparently, this is their social life. Sitting on a bus before sitting in a class-room.

Yes, where I live the only kids that don't walk, ride bikes, or get dropped off by the parents ought to be going to another school anyway. There are plenty close enough by.

Homeschooling for the win again.
MBlanc46
PS Elementary school shouldn’t start before 9:00. And, except in rural areas, there shouldn’t be bussing for el ed kids. Every kid should have a primary school within walking distance.