School's out For Ever! 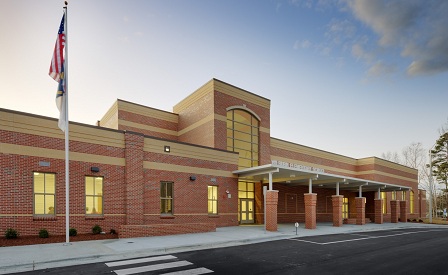 This post will be a wrap-up (for a while) of our Big-Ed series, with a dash of Wuhan-Willies angle thrown in. We're up in limbo as to the status of the schools for Monday in the Peak Stupidity locale. There's lots of States, as I'm sure you all have read, where the schools will be closed for quite some time. I get the idea of the worries about this virus spreading quickly, but, thankfully, the children seem to be left unharmed by this bug. Of course, every parent will likely get it eventually, then spread it further and so on.

With these unheard-of long term school closures, meaning that make-up days won't cut it, there's talk of on-line learning to make it up. But, can't we do that already? In fact, there are a number of on-line sources of reading practice, math, language, etc., that we have already been using. Some of it is way too PC and current-era for my taste (I haven't had the horror of sitting in the classroom to get the full effect), but is paid-by-me-whether-I-have-a-kid-or-not free via the school. Others we are using to make up for the lack of seriousness regarding the 3 r's in school, as we recently found out.

Logistics are a problem. Parents will have a time trying to figure out how to handle this and still go to work, if it's still there, but then the Moms I've seen have got their shit together social wise. There's always a flyer for something from the PTO* for a get together here or there. I think they'll figure a way to pool the kids at one place or another, sort of like, ... OMG! ... a school! But, but, it'd be without the taxpayer money, or, the school board's rules, or the curriculum, or the new required Global Warming science units, as approved by Greta herself.

One really cool result of this Wuhan-Willies infotainment panic-fest may be what happens after the kids are at home for a month or more in a large number of school districts all around the country. The parents may get hip the to idea that these schools have served as not much more than social gathering places, welfare distribution facilities and expensive playgrounds. I think they would realize there's a better way. Peak Stupidity is in awe of homeschooling and those who homeschool, as it is akin to poking the Beast in the eye with a big stick (Part 1, Part 2. and Part 3).

If this goes on a few months with the schools closing until summertime, will they really ask the kids to come back and make it up in the summer (the teachers will be a bit sour on that too)?

The song was title song from Alice Cooper's 5th album from back in 1972.


aaand, per commenter Robert, we can see what happens when the PrinciPal gets a little too uppity:

* No, not the Power Take-Off, but the Parent - Teacher Organization, formerly the PTA.

BernCar
PS: Rex, I saw the same thing about not doing online classes because not everyone has access. I believe it was NY City schools. I also think that is where everyone gets free meals to avoid stigmatizing the "poor" kids who get free meals. The deal about not doing online classes struck me as stupid; reminded me of the time our state had a drought. Our locale never lacks for water because our source always has water, drought or not, but we had to have water rationing just like everybody else, in the interest of "fairness." Idiots.
Ganderson
PS. Were I to speculate, I guess most if not all of these days will not be made up, as we are supposed to be engaging the students in distance learning. As the Ed Realist has pointed out, this is just cover so that we can maintain the fiction that our time in learning requirements have been met.

As an aside, perhaps any of you were in the computer biz could work on making voice recognition software better. I’m attempting to dictate this all, not going well.

And since we’re all homebound- my favorite version of my favorite Weir tune, recorded at Dane County Coliseum, Madison, WI, February 3, 1978:

https://youtu.be/yYddDcjRSbk
Ganderson
PS this is an unprecedented situation. In the run of normal days, in a normal school year, even though we don’t have to go to school on snow days, those have to be made up at the end of the year. In my district we are under contract for 183 days, or until June 30.I’m not complaining mind you, and I’ve become so accustomed to the teacher’s schedule that I am completely unfit for normal employment. I can imagine a job interview when I ask “OK what time in the summer do we quit working? What? We have to work all summer? I can’t do that! “
Moderator
PS: LOL to Mr. Handsome on that snow day bit. I wonder what kind of deal they will make with the Governor here for at least 2 weeks that they will have off. Those teachers are voters too, and they NEVER forget to vote, as they vote at the schools! What a deal.
Moderator
PS: Thanks for the reply, Ganderson and for all that info from your personal experience.
Moderator
PS: Thank you commenter Robert. I saw The Ramones live around this time.

I didn't mind some of those punks, but when they did that stage diving crap, I never knew where these fuckers were gonna land. I was ready to give them a wide berth on the floor.
Handy N. Handsome
PS
Teachers will NEVER miss a chance at days off with pay.
We see it up here in North Maine with snow days.
The district cancels school because of bad roads, and the teachers and school workers start calling DOT to see if it's alright to drive 90 miles south to go shopping.

Ganderson
PS. I’m a History teacher and a lacrosse coach, although I stepped down from my lax position for this season. (Sadly I wanted to spend the spring going to various college games) If you want to see what I think about the ed biz in general- head over to the Ed Realist; he/she and I seem to agree on most things, although I think his/her school is very different than mine.

I’ve enjoyed my career, the kids, and most of my colleagues. But, as I am now officially a senior citizen it’s time to go. I have less energy, and while I’m still a good teacher, I’m probably not as good as I was.

Your point about the feminization of education is a good one. While I have worked with many excellent female teachers we are reaching a point where the business is controlled by women, which is bad news for the boys, and bad news for the girls, too. For the average female teacher it’s all about feelz- most women teachers are about process, not results, because many of them were grinds that did all their homework, dotted all their i’s and crossed all their t’s, and didn’t really know anything. I’ll take the kids that don’t always do their hw but ace the tests! My amazingly self-serving theory is that smart slackers often make the best high school teachers.

The incredible growth of special education over my career has been driven by females. Modern life is full of over promises, but special ed is based on a particularly terrible sort of blank slate-ism.
Rex Little
PS I wish I could remember where I saw this (so I could link to it), but there's some school district that could offer online classes during the shutdown, but won't because some of the students can't get online. (Might have been over at Unz, in which case you probably saw it too.)
Robert
PS: I rather liked that song. A little later (when smoking had just been banned in theaters where I lived) a local theater played 'Rock and Roll High School' followed by a video of 'Schools out'. It was very popular with the teens and twenties. No cigarettes were smoked.

Here is the climactic ending of 'Rock and Roll High School' that got a standing ovation: https://www.youtube.com/watch?v=DhRALq8IsL4

P.S. Although I always preferred Rock, Punk/New Wave shows were a lot more fun. I (very long hair) would go in my best old man plaid golf pants and a truly vibrant neon dashiki and goad the punks. Peace, love, and understanding, maaan. Somehow no-one ever punched me. Bunch of wimps.
Moderator
PS: Oops, Ganderson, I didn't reply to your info on your school. I can't remember if you said already what you teach. It's good those kids have/HAD a male teacher. Are there many in your school? Are you looking forward to retirement?
Moderator
PS: Thank you, Ganderson, for turning me on to Ry Cooder.

I mentioned "The Lives of Others" a year back in a post about the old STASI and the "new STASI" here:

Yes, ks was a great movie, and I'm glad you and the Mrs. watched it - time for me to see it again, perhaps.

On the hockey, I guess you'll have to find a sportspuck channel, haha. They've got channels for damn near everything, so ....

MBlanc46
PS I’d like to think that this epidemic will drive a stake through the heart of the PubEd Monster, but I’m pretty sure that it won’t. Too many have to much invested in it.
Ganderson
PS. No way you’ll get anyone to come back to school over the summer. And I’m out cuz my retirement date is 30 June.
Ganderson
PS Virus miscellany:

The great Ryland Cooder checks in:

My high school is closed for the next two weeks. We are supposed to put assignments online, but as it’s hard enough to get kids to do stuff when they are in front of me, I’m not optimistic about them doing work remotely.

One of my joys in life is the NCAA hockey tournament- Perhaps the sportsball channels could run great games from postseasons past- MN-Duluth over Michigan in OT from 2011, UMASS over Denver in OT from 2019, Harvard over Minnesota , sniff, (Randy Skarda hit the bleepin’ pipe!) in OT, 1989 and of course Minnesota over Maine, OT 2002.