Warning: You are entering the Red Zone. 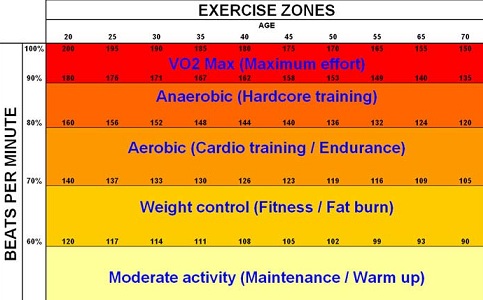 I'm literally running into these little quirks on the treadmill, and riding other ones on the exercise bike machines, so forgive me for another post on this. The rest of these gripes can be found with the Artificial Stupidity Topic Key.

I think I mentioned this before, but, just in case: The one thing I'd figured I could count on to measure exertion on these exercise machines, even with the bad math often used to produce user displays, is heart rate. That is, IF it shows up at all. To me, that it is not always a defect when the heart rate display reads as dashes, because I find it amazing that those grips can sense it at all. Per "LiveStrong.com":

Pulse sensors, also called heart rate sensors, find your pulse through the skin of your hands. The sensors often are silvery metallic areas located on the support bars or moving arm bars of exercise machines. Some have single large sensors on each side, while others have two on each side spaced closely together. They interpret small electrical signals passing through your skin and amplify them so they can turn those signals into numbers you can recognize.

OK, then, one must have just the right parts of his palms in the right places over the 2 sensors per handgrip. I have had times, I've had to reconfigure my hands to just the right spot. Other grips seem to do a really good job. Of course, in software, there can be whatever averaging/smoothing functions needed to make it display reasonably.

I just figured that when you've got a reading, it's a good one. That means, no matter how screwed up the calculations of Kilo-Calories burned, miles covered, METS, what-have-you are, per the display, when your heart rate is up to 85% max*, for example, well, you're working out fairly hard. Therefore, upon seeing 210 beats/minute, and then about 195 bpm, not just as a quick jump, but as a steady display, I could be forgiven for thinking something is wrong with ME, not the machine, and I'm fixing to die!

I even took my hands off the grips and let it re-do. Wow! It'd be great if I could keep THAT up, but bad if my heart just decided it wanted to do this. I felt quite fine though, so scare over with, I did really wonder if this could freak somebody out one day... bringing his heart rate up to what the display erroneously read and then way on down to ... ________________. Bad, bad programming, people, or more likely cheap China-made sensors. I'll sue, I tells ya! ... if I can get up off the floor.

Here's the next beef. It's that little curly-cue light bulb icon that appears on one of the brands upon completion of a workout.


"You have just made Greta Thornburg very moist, up to a relative humidity of 99.9%." 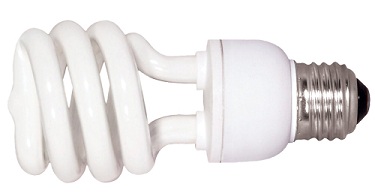 No, but it tells you how long you could have lit up this little efficient curly-cue bulb with the energy you exerted during your workout. You're supposed to feel really good about yourself, at least if you don't notice that the exercise bike itself is plugged into the freaking wall! I just think that the numbers seem low as heck, with a time that is often less than the workout itself, and what, for this 5 or 10 electrical-W bulb? Something is wrong with the numbers regarding this feel-good feature too. Just because you can program the cool display does not mean it is correct, exercise-machine developers. You've got to run the numbers!

I guess it's all silly piddly stuff up until the SHTF. Then we may be in a Soylent Green scenario, in which we will need to work out specifically to light up the room, but at least with newer, more efficient bulbs, so there's that. 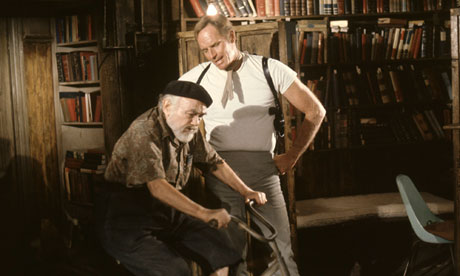 I'm just saying, if I gotta keep going at 200 W exertion** to keep that 50 Watt incandescent bulb lit, then I'll just get my guns out and steal my electricity from somewhere else and, after that, shoot those error-prone exercise-machine designers.

Machine30
PS lolol
Moderator
PS: Good question, Machine. Without some force gauges and stop-motion, image-processing, high-speed computer analysis, how would they know how much shit they were beating out of each other?

Machine30
PS Lol, how the hell did Jim Thorpe, Rocky Marciano, et al, manage to do what they did without all this “help”? It’s almost, I don’t know, not necessary?...