Arrogance from the American Military

Note, that I wrote "from", not "in", as this is not a post specifically deriding Americans in the military, but a discussion on the arrogance due to it's near-omnipotence around the world since the end of the Cold War. 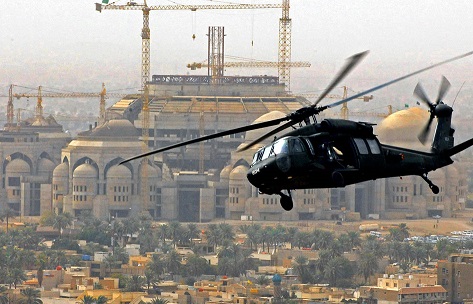 It's not the 1st time, but my overhearing of some fatigue-clad military guys the other day brought this subject to my head. These were no grunts, but competent aviators that could be flying that Blackhawk above or Apaches or maybe those half-helicopter/half-airplanes called Ospreys. I've had conversations with other guys who fly or work with all kinds of aircraft in those overseas locations that American forces are located all over the world. Lots of them are not in the military itself and get paid HIGHLY do all sorts of jobs, the subject of another post, perhaps.

These guys were in the Army or Marines itself, and I'm sure they were very good at what they do. That's what the talk was about - this weapons system or that, where they've been, how's the place for things to do, and what kind of crazy stuff goes on in that area of that particular country. I didn't listen for hours, of course, but even in other conversations, you won't hear much about some guy they know getting killed, whether it's "hairy" up there, and that sort of thing. Even the "grunts" now are called "Tech" this or that, and are "specialists" in something or other though.

It's not half-century-ago America in the middle of the Vietnam War. Likely, other than having a higher chance of getting shot down and the worst happening, the Navy guys that flew off carriers, did their jobs, and flew home, had lives like these guys. That sure wasn't the case for most men over in Vietnam. The enemy had a fighting chance and sure took it. America had the overwhelming advantage in technology and firepower, but it was not so completely overwhelming as now. The N. Vietnamese had Soviet help, as the N. Koreans had lots of Chinese help. It's not just that, though. The enemies in the Far East knew how to organize and wage guerrilla war better than the diverse groups of Moslem ragheads in the Middle East. (That's not to say at all that any of these new wars are any more "winnable", as no one even seems to know what that should mean in Iraq and Afghanistan, for examples.)

From this page of a website called "MilitaryFactory", I note that there were over 6,000 Americans killed in Vietnam in that one year, 1970, used to compare to today. However, if you take the period 1965-1970, you'll find that 51,583 were killed, 88.6% of the total. It was almost all very young adults, with 40,376 American men in the 5-year age range 19 to 23 killed during the entire war, almost 70% of the total. I haven't been rounding, as is usually the Peak Stupidity way, as each one of these is an individual dead American.

Using that same site for numbers in Afghanistan and Iraq, with data only up through '14 and '12, respectively, there were 2,356 and 4,489 Americans killed (also respectively) over already the respective 14 and 10 year periods. Compared to Vietnam's bloodiest years for Americans, the current wars (just those 2 - there are many!) are an order of magnitude less better. Well, better for the people in the American military.

I really doubt that there is the same the fear that you would have felt being a grunt in the middle of the Vietnam War in most areas of the conflicts that Americans fight overpoweringly in now. The chances are just with you, a whole lot more with you. Though the purported jobs of the military in those countries will never be completed, on the smaller scale, the specialists in the current military can put a bomb into this building on a moment's notice, take out this party over here with a drone strike at will, and so on. It really is close to just a party for some of the Americans, and that is my point here, finally, coming up...


Death from above, a la carte: 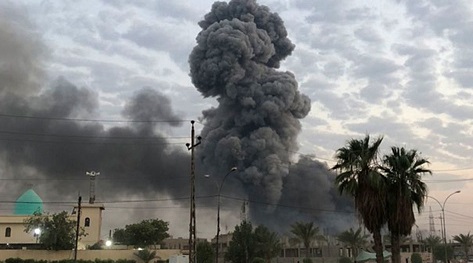 Yeah, I know, you're just doing your job, and quite a competent one at that. There are lots of technical skills involved that do make Americans overwhelming in this type of warfare, you all get paid accordingly, well yeah, on borrowed money, so not forever.

I've had people involved tell me what they did, and all global politics aside, part of their rationalization was "ahh, those people are crazy goat-fuckers. They live like slobs. They treat women/kids like this ..." etc. They've seen a society that I too would likely have disdain for, and close up. Some of it might be sickening, and it's a great excuse for "they deserve this". It's easy to come up with those thoughts, especially if it's your well-paying job.

I don't agree. That's really not a good reason for any of the American military to be bombing people far away, as no defense of the country America in any way, shape or form. Do we go bomb some weird savage cannibal society in S. America, just because they are even more sickening as a civilization? How about those ghettos in Detroit?

No, it's really just Neocon warmongering, even if this disdain for the people's of these countries is a nice excuse for those "doing our jobs" there. Let them live as they want to live. If you don't invite them here as refugees from the freaking war, then why care? Nobody's got a gun to your head, forcing you to read National Geographic or listen to NPR. There will always be evil and craziness somewhere in the world. It ain't our job to wipe it all out via Death from Above.

Lastly, let's just turn this around a bit. This overwhelming advantage by the American military won't last forever. We need to avoid a real war with a real enemy. Assuming we do that, how would you like it, soldier, sailors, and airmen, if someday, after the US economy had crashed and we were not so big for our britches, the Chinese military started droning neighborhoods in Detroit, because "look at now they live - they deserve this."? OK, was that a bad example or what?

More coming next week on this.

Moderator
PS: Well there are good rants and bad. That was a great one, Mechine30. I'm not sure if I mentioned in another post or not that I'm not part of that "thank you for your service" crowd. How exactly is bombing people all over the world a service to me?

Were I to see that group of whatever ICE used to be called a few years back coming back from raiding that illegal-alien staffed plant in Postville, Iowa, I would thank them profusely, and in fact I DID. Now, THOSE GUYS were performing a service!
Machine30
PS A couple of generations ago, no one talked about, and certainly no one bragged about, their “service”. Now? As with everything in this failed country, it’s all about ME! Look at me, notice me! All of society is sprinting in the same direction, so there is no reason the military would be exempt. We’re awesome. They suck. And btw, where’s my 10% off? Women “warriors”, homosexual “soldiers”, black females “leading” white men into pointless combat. We have completely lost our way, and will wither away as a result.
Lead by psychopaths in Congress, who could easily solve the “terrorist” problem by outlawing all travel/immigration to and from all muslim countries, our military has become pathologically ridiculous. We need to fight ‘em over there, so they don’t come here! Really??
It’s over, Johnny.
A rant, for certain. And no, I’m not anti military. Just tired of the whole thing...