Government Positive Control of your "phone"

"Phone" is in quotes, because this is really not about just information spread by voice on your phone calls, the recording of this being bad enough. However, our iEspionage devices keep much more information than that. Don't ask whom the mark is, the tone rings for thee. 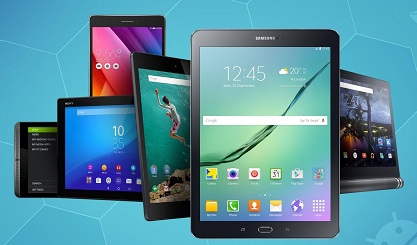 As long-ago and often promised, Peak Stupidity will start cranking out some post on this iEspionage topic. Recent events had me very aware of how much information is out there even on those of us who lay pretty low.

Upon signing up for a new phone plan a while back, I wondered why the big need for background information. After all, almost everyone does "autopay" or you lose $5 a month, every month, with these people now if you don't.. That means, one gives them a credit card to keep on file, and payments are billed. I guess they don't trust anyone anymore, or, OK, they will trust you to mail in a check each month (I've paid months ahead to avoid the hassle, but then ended up getting out of some of it), but only if you pay $5 for the "privilege".

What I don't like about this is that you lose any leverage if you've been overcharged in any manner. You can get through the voice-activated customer-"care" BS and then argue with them, but, hey, hey've already got the money. No longer can you threaten not to pay if they don't fix the problem. Well, we're going the new way, as sending them 60 bucks a year doesn't seem like a way to fight the system.

To get to the point, if they aren't worried about your credit, seeing as they can cut you off as soon as the card doesn't put out, why DO they need the driver's license, SS #, and all that jazz. Oh, yeah, I guess they want to absolutely, positively know who exactly is the one making these calls. They want to know what exact individual is where at what time, as the GPS information is damn precise.

"I'm not doing anything wrong, so why would they want to know, and why should I care?" you (not YOU) ask. As to the former, no, it's just data on your phone that can be kept for years, or sent up to a database regularly, so, no, they don't necessarily care right now. As to the latter, you may not be doing what is considered wrong now, but what you do now may be considered wrong later. What you may want to do later is something you already know is "wrong", as it may take you that long to get wise to how much of an Orwellian world we live in and want to put an end to that world.

I'll grant China this: they've had a big head start on this business. 10 years ago, it was still the wild, wild East, in which one could purchase a SIM card on the street that'd let one make phone calls from any phone. Now, going back at least 3 years, they must be registered. At least they don't pretend over there that's it's some kind of credit check.

Burner phones, bought with cash and no ID, while wearing a ball cap and 3 bandaids due to that "bad shave that morning" may be de rigueur for any man trying to live free in the near future.

I meant to post two things before Christmas, but family obligations put the kibosh on it. It'll just be a quick Christmas greeting tomorrow, and I"m not even sure about the rest of the week.

BernCar
PS: Merry Christmas to you, Achmed, and to all your readers.