Peak Stupidity has not posted anything about the Tessa Majors murder, which we do realize is a big story in the news. It does matter to people, even though it's not "fair", per se, that this was a beautiful 18 y/o student that some violent black* teenagers snuffed out from this world. The usual terminology is "robbery gone wrong", but does it matter whether the motive was a mugging, rape, or just some "hate gone wrong"?

I just want to compare the Tessa Majors story to something I've had on one of those old tabs, being linked-to long ago by a commenter somewhere. This other murder, including a rape first, of another bright young lady happened in Germany. It was also perpetrated by non-whites, but also non-Germans, INVITED IN!


Maria Ladenburger was a medical student in Freiburg:

Khavari pushed her off her bicycle as she was riding home alone from a party, then bit, choked and repeatedly raped her and left her on the bank of a river where she drowned.

The trial of Hussein Khavari, "of uncertain age and origin"**, was 2 years later, and the article says Mr. Khavari, this "asylum seeker", would get what's called life imprisonment in Germany, meaning 15 years in prison. 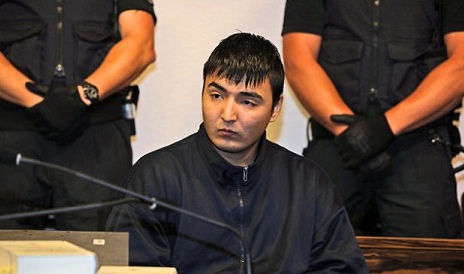 It's gotta be the saddest thing imaginable to lose any child, much less an 18 y/o just staring out. The German people are hip to that, and plenty of talk (that was allowed, at least) about the contributing factors to this murder was heard. The Globalist/Commie scum Angela Merkel was mentioned, though at trial prosecutor Eckart Berger admonished:

"on trial is a criminal offender and not Germany’s refugee policy”.

You want a fair trial, sure. What happened to that "if it saves just one child" stuff we used to hear when gun control is pushed, though?


Can we put her on trial - the one on the left? 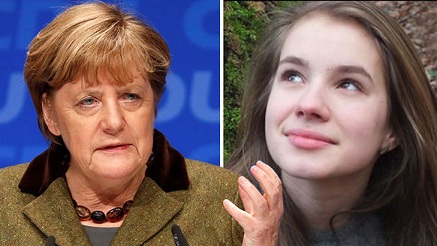 The thing is, with the Tessa Majors' murderers, their ancestors have been in our country as long as most of us. Yes, it was a very big mistake, and the violence from a (fairly large, when you think about it***) subset of the black male population has had to be dealt with for a long time.

You don't go purposely importing this violence! As we've written before, the Europeans used to have a habit of disparaging America for its racial conflicts. You won't hear much of that anymore. They may "feel our pain" a bit now. It's sad a whole continent (at least the western portion) had to learn about this stuff the hard way.

Yes, we're now following the Euros in this, with not nearly as many Moslems, but some of the very violent gangs, with ancestry going back to the pre-Columbian savages, from down south.

Moderator
PS: That's a good start, indeed, Ganderson. At some point western countries ought to look into the methods used to gain citizenship. If there turns out to be something illegal involved, than it should be revoked. That would really put a damper on those coming in, I would think.

I was never a Springsteen fan either, Mr. Ganderson. That sounds like a good show. The prices now are are more than an order-of-magnitude higher for any seats (probably 25 X!) That's way more than inflation even.

I was unfortunate to live in a place where I wasn't allowed to travel the distance needed to go to the venue that had all the great 1970s bands. I had to catch up on some of them later on. I saw a great Tom Petty show one time on Halloween. He had a big live oak trip (though it was fake, not "live") in the middle of the stage.

I'll have a couple of more posts before Christmas, but Merry Christmas.
Ganderson
PS Perhaps there are some encouraging signs- in Sweden a new party has emerged to the right of the Sweden Democrats- Alternative för Sverige, patterned on AfD.

My understanding is that AfS is for repatriation of non citizens- presumably not Finns and Danes. It’s a start.

Merry Christmas to all on this site!

A Christmas note that fits in one of the reoccurring motifs on this blog:

In late November 1978 I was living in Chicago- found out that Bruce Springsteen was playing at the Uptown Theater- a beautiful old movie palace reconfigured for concerts. I’d seen the Dead there a bunch of times, and even though I didn’t have a ticket I’d go down and see if I could “Miracle” my way in. Now I’m not a huge Bruce guy, but hey it was ‘78, and he was still pretty fresh. Well I got in, a great seat. And all in all I got my money’s worth. The highlight was the second half opener- they opened with “Santa Claus is Coming to Town”, which then morphed into “Merry Christmas Baby” Fun time