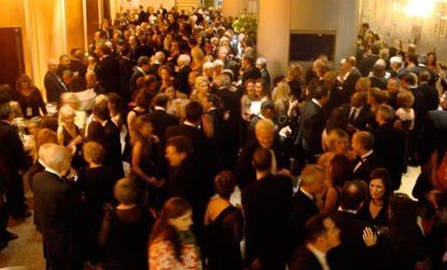 Peak Stupidity has spent many words trying to explain why the patriotic Americans, either a majority still or very near one, have not been getting anything like their way in policy in many decades. What happens to these good-guy politicians once they get over to Washington? It's especially bad with Supreme Court justices, as once they go bad, there's usually no removing them from the Federal Shithole without us having to round up a coroner.

We've theorized before that maybe it's just that the ones that get elected, or selected, as it were, are just a bunch of immoral psychopaths. We've theorized that perhaps most of them have been Deep-Stated (threatened, bribed, or blackmailed), or in the case of our President, who is not to be left out here, maybe Neo-conned. (The latter is only in terms of foreign policy.)

Something I've been thinking of for a long time that could explain the reason even most of our best people go native is the possibility that they have been simply pussy-whipped by their wives, who want to dress up and go to the best Washington, FS cocktail parties. See, women being women (and we sure don't want to stop that), they do like to show off black dresses, new $200 shoes, and $50 hairstyles.* Some of these ladies have been through a lot of abuse, whether actual abuse from the psychopathic politician husbands or just the normal wear-and-tear on the rubber-chicken** campaign trail. Woman call a lot of things "abuse" that are normal parts of life, but still, that resentment will be there. 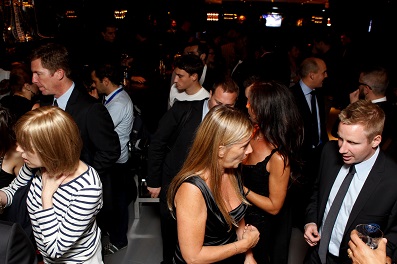 "I'll be damned, Honey, if I'm gonna get all the way to Washington, and you're gonna get us dis-invited to the Department of Homeland Security summer cotillion just because of your, what was it, concerns about CONSTITUTIONALITY?!! If you want this marriage to last, you'd better learn to get along with these people. Why do you keep starting these arguments about illegal searches and seizures and Red Flag laws, and that crap? You're embarrassing the both of us!"

"Then, last week, you ask that girl to refresh our drinks, and she turns out to be Justice Kagan, of the FREAKING Supreme Court's girlfriend .. and, where did she get those awful shoes anyway?? And quit arguing with that woman from Minnesota, the one that wears that ugly headscarf indoors. Imagine! She never did get your Aloha Snackbar joke, hey, I just laugh to keep up appearances - I don't get it either! Then you get us kicked out from the McCain memorial black-tie ball for saying, what was it, 'I'm glad he's dead'? I mean, I can't take you anywhere. We're pariahs! People look at me like I'm wearing a dress from Old Navy."

A decent married guy may come to Washington to take office and make some changes to help actual Americans vs. our Globalist elites. However, usually his wife will not be concerned with the politics, just more with the social scene. There is lots of taxpayer money there to be spent on clothing and entertainment. She reckons that that was the point of making it to the nation's capital.

What happens after 5 years, or 2 terms, whichever comes first, of this constant haranguing about fitting in, as per the "conversation" above? How much can the guy take before he just chucks all those principles and goes native?

The "Cocktail Party Theory" relies on a major assumption, which is that the whole social society of that city is made of lefties. It's not just the President, Speaker of the House, and Attorney General who attend these things, mind you. You may get invited to the house (recently awarded the "yard of the month") of the Assistant Secretary of the Department of OPM Disbursements who PERSONALLY KNOWS the wife of the Acting Deputy Attorney General. Or maybe it's just the Assistant TO the Secretary of OPM Disbursement ... still, these people are IMPORTANT and they dress very well.

After 5 decades of ctrl-left infiltration of the Institutions of American society, a major one being the US Feral Gov't, believe me, you won't find many true Conservatives or Constitutionalists in the common ranks. After all, these people live off of taxpayers' money, so they are not likely to be fans of Dr. Ron Paul.

It's the swamp. Once you've been there for a while, and the wife is anxious, you just got to decide: Get busy draining, or get busy entertaining.

** This expression, I suppose, has meant chicken that is not cooked well enough. Who cooks anymore, though? Both chicken titans of the superpowers have made this a non-issue.

Moderator
PS: Belated Hey to Misters Smith and Anderson. I didn't know you had 3 boys - I just remember your mentioning the 1 who is overseas.

We also hardly ever went out for food when I was young. Even on the road, we may have gotten one meal a day at those old diners, but my Mom would bring balony sandwiches that we'd eat at the rest stops or wherever. This was not so much about the health aspect as I recall, but more about money. My parents used what money they had wisely - on pretty nice houses, decent furniture, school, and only one new car over all the years that I can recall.

Fancy meeting you here...
And good day to you kind sir...

Sorry to hear your favorite restaurants are closed. It is nice to get out once in a while. I hope things return to normal soon.

I know that when I was a kid growing up in the 80's we didn't often go to a restaurant. When I was little my Grandparents used to take me to a place called Friendly's. As a kid there was the occasional Burger King or McDonald's, pizza and wings, fish fries on Wednesday and/or Friday during lent and as I got a little older my Grandpa and I would go to those large buffets that became fashionable for awhile, but otherwise we rarely went to a restaurant. I don't think my middle class family was an outlier. I really think it was less common then than it is today, though probably more common than it was in the 60's.(?)

I also think many Americans eat more pre-made frozen meals, junk food or other such stuff more often than earlier generations. Availability being a big reason but also because of the fast paced lifestyle many Americans choose to live. Popping some Marie Callendar's in the microwave is very convenient. Perhaps this will change as budgets tighten, people spend less time in the car commuting and people have more time at home to cook.

Before the most sinister of viruses arrived my wife and I would go out to eat occasionally. There is a local Mexican restaurant we would go to about once a month where we usually order paella. The only real pizza place in town is pretty good, but it costs a small fortune for a pizza and it's almost never open. The only real pizza place we like to go to is a place called Atlas Pizza, but it's in Gainesville about an hour from here. There is also a cool fish market in Gainesville where we'll have lunch if we're over that way for some reason. We probably eat in Gainesville a couple times a year. We occasionally stop by a Chick-Fil-A or something, usually when we're traveling. There is a really nice Mexican restaurant halfway to Asheville and we'll usually stop there to eat if we're in the neighborhood.

More often than not though, we're a little disappointed in the food when we eat out. My wife is an amazing cook so it's more delicious when we eat at home. We can grill up ribeyes and have salad and baked potatoes with wine and beer for half as much as eating out without drinks. For the $30-$40 it costs to eat at a restaurant we can have a bone in rib roast with rosemary and mashed potatoes with Béarnaise and still save a few bucks. Roasting a whole chicken and some vegetables costs about the same as a visit to a fast food place. Better food for less money and we don't have to go anywhere. We're friendly hermits and live in a pretty rural place, so it's just easier to stay home and cook. We haven't been to a restaurant in months now, and only a few times since the coronascare made things weird out there.

I hope you are having and continue to have a great day Mr. Ganderson.

☮
ganderson
PS Mr. Smith- we're the only commenters? On a two year old post! My wife and I cook a lot- doesn't help that most of the restaurants we used to frequent are closed, but we always have . Our three boys, two married and all out of the house all cook a lot as well. It would be interesting to see if one could do a comparison of calories consumed at home vs 'out', and compare that to the 1960s, say.

I grew up middle class- normal middle class, not the jagged edge that Granny Warren grew up in, and getting food prepared outside the home was rare. It just wasn't done much, and not just in our house.
Adam Smith
PS: Good afternoon Mr. Moderator...

I cook... Grilled some chicken for lunch not too long ago.
And my wife is one of the best chef's on earth.
We cook together all the time. Pretty much everyday.

I do think you're right though. I've met people who do not know how to boil water or make eggs. Everything they eat comes from a drivethru or a box.