Protocols of the Sisters of Zuckerberg

There'll be more original posts coming here on Peak Stupidity - tomorrow, next week at the latest, I promise ... It's just that many of the opinion posts on our very small blogroll (and I hardly read Instapundit anymore, unfortunately) bring up additional points I'd like to make. The Steve Sailer posts on unz.com, in particular, also perturb me enough to want to comment some more here. Mr. Sailer reads the NY Times, The Washington Post, The Atlantic, and a bunch of other lefty propaganda outlets that would not be safe* for me to peruse myself, even if I did have the time. Per his own words, he "gets the 21st century" (in terms of sociology and politics) and I believe that.


Are you ready for my conversation? 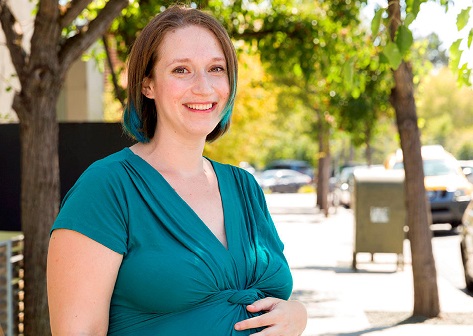 Facebook's CEO Mark Zuckerberg has a sister Donna, one crazy feminist critic of "the classics" (on account of who wrote 'em), that Steve Sailer has written quite a few posts about. The latest, Mark Zuckerberg's Sister Speaks Power to Truth About How She Is Oppressed by Socrates, is a piece of work about a real piece of work. In the latter case, that is no compliment.

Donna Zuckerberg is famous only because her brother created this wonderful "platform" for people all over the world to pass along photos and videos of their quiche recipes and bowel movements (often associated, and equally "LIKED") to each other and is a gazillionaire many times over. She now has a platform of her own as this Classics professor who, again, does not seem to like or understand the concepts of those founders of Western civilization that eventually resulted in stuff like, well, Facebook. Her point in an article excerpted by Mr. Sailer is that there are opinions out there in the political world that are bad. They should not be debated, because, the way men do this, see, is to keep bringing up logic and arguments that get one trapped. That hurts your credibility, which is mean ...

A call to debate may seem intellectual, even civilized. In theory, well-structured and respectful debates are an ideal opportunity to reach an audience that isn’t fixed in its views. In reality, however, most “debate me” types seem to view them mainly as a chance to attack their opponent’s credibility. Their model is not Lincoln and Douglas, but rather Socrates: By needling their interlocutors with rapid-fire questions, they aim to reveal, as they see it, their opponents’ ignorance and stupidity, and their own superior intelligence and logic.

It sounds reasonable at first - name-calling is not part of a good debate. However, reading between the lines, one may wonder why she doesn't like answering these "rapid-fire" question that lead to noting that Mrs.. Zuckerberg may indeed be ignorant and stupid, advanced degrees notwithstanding. Apparently, "if you're right, you're right" is not cool, and therefore debating is bad, mmmkaay? Here's where DZuck goes full Commie:

… And whatever happened to my Latin enthusiast? His online presence has faded, and his followers complain about how difficult it is to find his videos because YouTube keeps deleting his channels. As Laurie Penny noted last year with respect to Milo Yiannopoulos, deplatforming white supremacists is a much more successful way to shut them down than insisting that “sunlight is the best disinfectant” and allowing them to air their hateful views in a structured debate setting.
… I believe there is little point in engaging with these people — and I’m not open to debating that topic further.

Case closed, I guess. The modern ctrl-left talks a lot about having conversations, but, as Steve Sailer notes, "As everybody knows in 2019 a “conversation” is when you shut up and listen to Donna Zuckerberg-types talk.". I couldn't have said it better myself, but I would have if I'd been the first of us to read her Washington Post article, which could never have happened.

I can add that this type of talk is familiar to me from the history of the hard-core Socialists and Commies. At this point it's not yet about rounding up dissenters or just humiliating them with big-character-posters hung around their necks and pig's blood spilled on them (remember what happened to Carrie and she wasn't even Chinese!). This is the end of the '10's and we are in the information age. You just get de-platformed in various ways from the Social Media, youtube, and whatever else slows down the access to information on, and the information flow from, the bad-thinking dissenters.**

Take heart, though, people. It's just the internet, not real life. Even if your youtube channel is gone, your Facebook account shut down, and your website hard to find, when the ctrl-left tries to shut us all up, there is still plenty of technology for communication. Ham radio, anyone? Even on the internet, it may come to different ways to disseminate the web site addresses. If they come for the URLs, I guess we will all have to start writing 12-digit IP numbers on secret slips of paper. The things that are real, our preps, weapons, some real money, etc. will still be real, while these power-hungry ctrl-left freaks are left with nothing but their words of stupidity.


Pol Pot could really use a gal like you, Donna!

* Trying to keep the blood pressure in the green on that Higi Station.

** Oh, and they try to get you fired. That won't work either if people understand what sticking together means. There is great power in numbers.

Moderator
PS: Thank you BernCar. I really went though the thing, and I'd thought I'd opened up the "Personal Life" tab-or-what-have-you before I did ctrl-f. (Obviously it only searches for text visible on that page).

I will correct this within 5 minutes.

BTW, I even did a duckduckgo search for "Donna Zuckerberg husband" and got no matches. Private is private, I guess, and I respect that.
BernCar
PS: Regarding your ** footnote: while she apparently retained her maiden name, your Wiki reference says she's married with two kids. I mean, I take your larger point, but we don't want the ctrl-left carping over details.