Not this guy, in particular. He's seems like a fun guy.
It's just an expression! 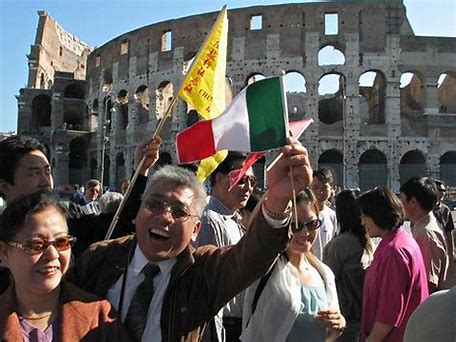 Before I get far into this post, let's get this Peak Stupidity pre-emptive apology out of the way. "Ugly Chinaman" is an expression, or meme, if you will, taken here from the "Ugly American" one, based on a movie and book from 70 and 60 years ago respectively - hell, read the Wiki. I really shouldn't have to do this, but then, the Chinapeople in question don't know the expression, being not very versed in the culture of the West. That is exactly part of the problem, and where this expression comes into use. It's not about being literally ugly (in the literal sense, for a change, of the word "literal"!). No, the "ugly Americans" were just the tourists throwing their money around, having lots more than the general population of the host countries, acting what the Europeans would have called uncouth, and especially not trying to get into the culture of the place.

Of course, not all American visitors used to, or currently, act in this manner. There are plenty of Americans who "do as the Romans do" when in Rome. No, you don't have to bath regularly ... OK, now I'm the ugly American again, so let me back up. You don't complain that this or that is "not the way we do it at home" and "our way is better". You try the real Italian food, rather than having the iPhone search for and direct you to the nearest Pizza Hut (gotta admit though, NY pizza beats Italian pizza). You learn to relax, and not expect stores to open at any certain time. When they do, you shop for a few items for the day at one of the small markets, and don't complain that there's no Wal-Mart with large cases of Mountain Dew and 40 flavors of deodorant - cause, guess what, you don't need the deodorant - again "do as the Romans..."

There are Americans who even fit in in China and other places in Asia, or at least the Orient. It's not easy. They are different people with much different cultures. Experience it for at least a while, and you'll get a better learning experience than just following the young lady (usually cute, though) with the pennant, explaining this and that which could have been learned off the internet. "OK, now we will all use the toilette. You've got 10 minutes for that and some shopping, and then it's off to ... well, if this is Tuesday, it must be Rome."

As American visitors to Europe were thought of in the past, I believe the dozens of millions of Chinese tourists that traipse around the cities of the world nowadays are the new version - the Ugly Chinamen. They are everywhere, in American cities and elsewhere in the Western world. Just to get some really rough rectally-extracted numbers, let's imagine just 5% of Chinese families with the money and the inclination to travel. I really think it'd be a lot higher than that, but that'd be 70 million. Many take advantage of the tours, as they are just as, or more than, as savvy consumers as Americans. These are the large groups that crowd something as big as the Roman Colosseum (though the arena with the Gladiators, Christians, and lions, is off limits), the hotels, and the sidewalks.

More power to them, I say, as it's great that they have the money to get to see things and the Western ways that their parents just 30 years ago would have no hope of getting to see. Go back 50 years, and even learning about the West was greatly discouraged. With a culture much more alien to Europe, and to America, as America's culture has been to European, then you get this phenomena of the "Ugly Chinaman". These aren't the quiet types you see in math class. The kids can be quite loud, as an artifact from life in China, where people are crowded together, and well, that's not really an excuse, they are just loud. After almost 4 decades of the 1-child policy (recently lifted), there are plenty of spoiled children.

As for the parents, well the people can be quite arrogant, having that 3,500 y/o culture and all, probably more than Americans were even in our economic heyday. They've got to just go see all the standard tourist sites rather than just hang out and experience the culture, they really can't give up their taste in Chinese food even for a week*, (and by God, Italy is not the place for that behavior), and then there's the picture taking. 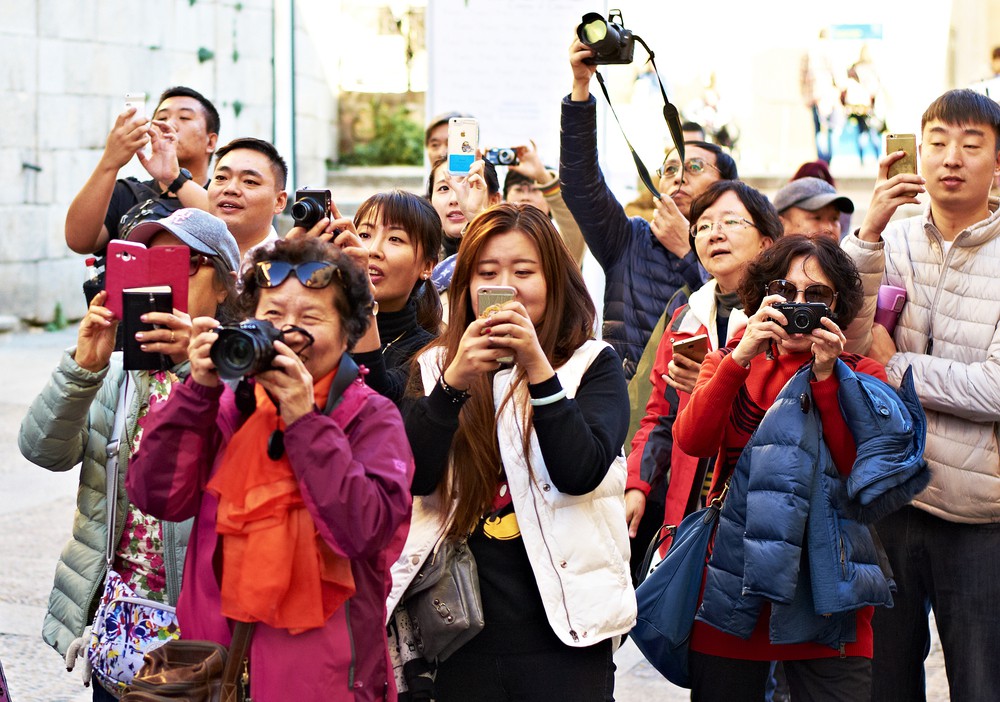 The latter was bad enough in the days of the Japanese and the 36 pics-per-roll Kodachrome era. Now, with the unlimited photo-shooting, the selfies and especially the Chinese girls posing with one leg forward to accentuate one side of the buttocks and the 50 year-old peace signs, it's really out-of-hand. Peak Stupidity commented on this before, and we'll just have to excerpt this one paragraph:

It's the continual selfies or posed photos everywhere in front of every damn thing that makes me think "do you not think people will believe you, if you said you've been here? Are you taking the pictures to prove it? If not, don't you think you can download a better picture of this place without idiots posing in the way?

Is it that you don't think your friends will believe you if you just tell them you've been to the Roman Colosseum?


Do you see what I mean about the peace signs and buttocks? 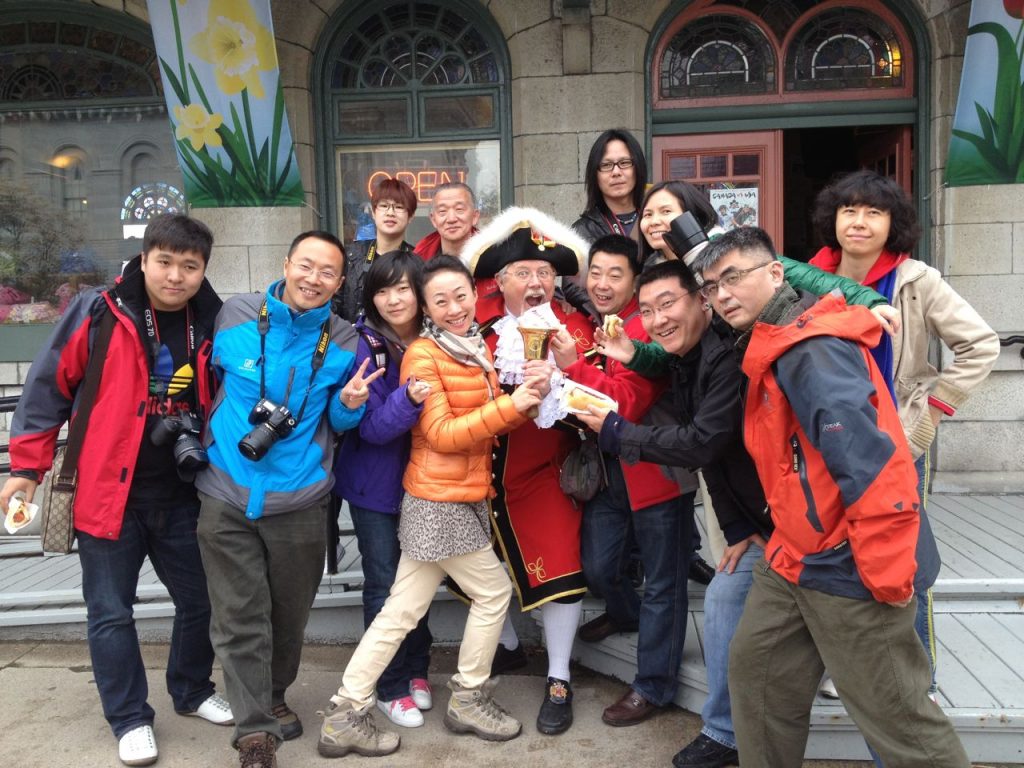 If you live in a tourist city or go to the big American national parks, than you'll already know about the new hordes of visitors. Yeah, they are mostly good people, and they sure work hard enough to deserve these vacations. Every place it seems, wants that tourist dollar as some easy money. One might find, though, that the residents not in the tourist "industry" and governments that get part of this loot, don't exactly feel the same way. Remember, smiles everyone, smiles! 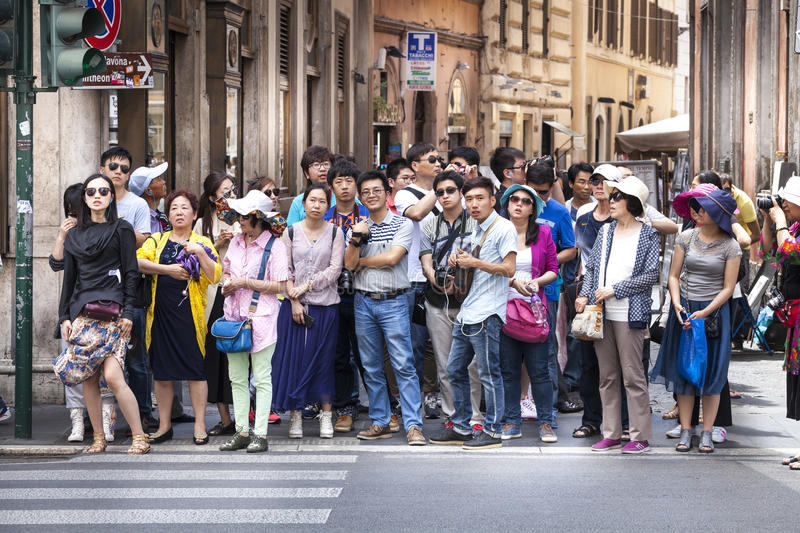 * Whether they are similarly staffed by mostly illegal aliens as in America, there are Chinese people running Chinese restaurants about every spot on the globe excepting the oceans.


Moderator
PS: It's kind of like assimilation in an immigration setting. With just a few, they will fit in where they move to, just as single or family tourists on their own will try to be friendly with the locals to get help or learn something.

These big groups just have their own thing going, and Lord knows there are many places they have to all take pictures in front of! No time to chat. Yeah, loud is only good when you're really drunk ... with some Australians ... who are also hammered.
Mark
PS

They tend to ruin everything. There are simply too many of them. They overwhelm any place they go. And yes they're also too bloody loud.