There's something they call "the luck of Trump". By "they", I mean commenters I've read on the blogs, you know ... around. This is the factor that has President Trump getting lambasted by the ctrl-left/Lyin Press for letting slip a little bit of truth and getting vindicated the next day or same week by a happening somewhere. As an example, Trump had said something about the Moslem crime in Sweden, a very real thing, which has changed that whole country. The Lyin Press gave him grief for his racism, and then another of the killings or rapings by immigrants happened hours or a day later.

The latest Trump Luck occurrence must be this hilarious story, of Congresstard Elijah Cummings, or such stories as the rage against the President for his disrespecting of Cumming's Baltimore district as rat-infested and worse. I'm not sure if Trump really meant rats, BTW. As Peak Stupidity caught up with the story, the latest tweet across the tapes from President Trump about Baltimore had the sentence "How much is stolen?" in it. Haha, well, the detectives may not have fully inventoried Representative Cummings' house yet, so the answer is "a lot, and I had a brand new iphone and those used to be granite countertops."


This is why we can't have nice things.
They (the dirty rats) took 'em all. 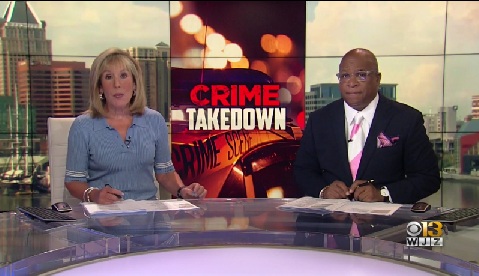 What luck that is for Mr. Trump, the news of this burglary coming out? Did I just write burglary? Wow, man, I'm having flashbacks to the summer of '74 with all those complaints about that burglary in that hotel in Washington, FS... it was made into such a big deal, when they've gotta have what, 50 burglaries a day there ... what the heck was the name of that place again?

It was one of those dash-gate scandals, you know Contra-Gate, Climate-Gate, it's on the tip of my tongue ... Oh, yes, WATERGATE. See, the US President was involved in a arranging a burglary. It was Nixon last time, but could President Trump be "pushing his luck" here? Did he think we all have forgotten about those summers sweating our asses off with no A/C, trying to watch Hogan's Heroes when those boring-ass hearings would come on TV all day long. Perhaps Javanka did the wet work, and this burglary of the Congresstard was done to support those tweets.

This "Trump-Luck" story is just part of the cover-up - remember, the cover-up is worse than the crime. Did the administration really think they would get away with this, with this meddling website Peak Stupidity, and bloggers Woodwind and Brinestein on the case?

There will be investigations, committees, hearings, and committee hearings! Just you wait. Do you really think you're going to use youtube next summer to listen to old ELO albums? No, we will saturate the media with committee hearings ... what did Trump tweet and when did he know what he was tweeting? Trump! Tweets! It's a Travesty!

Wait, just this in, after clicking below the ad:

The burglary at Cummings’ home happened prior to President Trump’s tweets about the Congressman.

Awww, rats! There goes our summer! OK, Russia! Collusion! On the other hand ... wait, this is even better. President Trump had the burglary done beforehand to make sure the job would not be botched - G. Gordon Liddy had to slip a mickey into the drink of the ADT alarm system girl, and the homies had to be paid off to steal the TV's cause nobody wants that crap anymore, and plumbers had to be called in to, like, fix the leak under the tub (just coincidental, that last part).

You read it here first, folks. This seemingly innocent everyday "burglary gone right" in the rat-infested 7th district of Baltimore was in reality a lot more. It was another in a long line of corrupt practices by the Administration. The Congress must take Javanka down! (Please!)

Because the burglary occurred in the ghetto (7th district of MD), and you may be reading this on a Bill Gate(s)-designed stolen operating system, we will dub this GhettoGate.

Ganderson
PS Thanks!
I'll take notes, although we are only going for a week, most of which is visiting friends and relations. The closest I'll get to Malmö is the Bridge from Copenhagen (Bron/ Broen as they say on TV) I know two kinds of Swedes- my government and teacher friends who are all onboard the new Sweden, and my relatives, who are a tad more ...errr..realistic. I'll let you know.
Moderator
PS: I'll check out that Dead Thread. Thanks. Have a good trip ... to Sweden, I mean.
Moderator
PS: Oh, yeah, Hogan's Heroes humor ... took me a second!

Maybe there's some luck involved in certain "I told you so" events happening just after Trump's comments, but, if these things happen almost daily, then it's neither luck nor coincidence.

I hope you will report the reality of '19 Sweden when you come back, Ganderson. (I'd be glad to make it a guest post.) It'll depend, of course, on where you are going (no, no, not Detroit, err Malmo!) I have been there, but it's been multiple decades ago, so I saw Sweden as it was - just for a few days.
Ganderson
PS I don’t think it’s luck. The fact is, the president describes real things, so it shouldn’t really surprised anybody when they happen.

I’m off to Sweden next week. It will be interesting to see if things are as bad as I’ve been reading. I suspect so. The sad part is that so many Swedes sound like people describing the wonderful vibrancy that was New York in the ‘70s. “ Sure you could get raped, (rape rape, to quote the great Whoopee) and your car burnt to a cinder, but MAN, is that goat burger tasty!”
Ganderson
PS Couldn’t they just have sent Nixon to the Russian Front?