Here, look at her. Does she look like a character from George Orwell's 1984 Oceana? Of course, we expected this part of the world to stay mostly white, and the USSR-like totalitarianism to be implemented by some smarter people than this Dade/Broward country (FL) Congressional Aunt Esther: 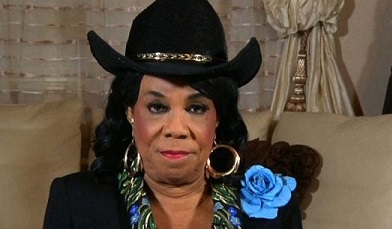 Aunt Esther: "Who you calling ugly, sucker?"
Fred Sanford: "I'm calling you ugly, I could push your face in some dough and make gorilla cookies."


Nobody said all the Big-Gov, PC, Police-State, Orwellian that's been coming down on the US of A was going to be that of the old USSR or the East German Stasi. No, retards can play a big part too. We must be inclusive here, even, or ESPECIALLY, in our selection of "our" elected folks in the House of Representin'. An organization full of just the normal screwballs, sleezbags, and psychopath-Americans is not diverse enough for the current American era. Diversity is our strength, so a mix of the former with some retards brought into the House of Representin' through the back entrance on those short buses will only increase our diversity, hence our strength.

One of these short bus riders is the ugly-assed CongressEsther from S. Florida who, per Mac Slavo of SHTF*-Plan has informed Americans that they better not make fun of "members" (hehehe, she said "members" /Butthead) of Congress. [ Quick note, PS, when does that shit start? - Ed.] Uhhh, yeah, where was I - yeah the article is FLORIDA DEMOCRAT: WE SHOULD PROSECUTE ANYONE WHO “MAKES FUN” OF MEMBERS OF CONGRESS.
(Read below** for a quick site note on Mac Slavo, owner/operator of shtfplan.com.)

Here's the words of our Congresstard in question, per Mr. Slavo's article:

“Those people who are online, making fun of members of Congress, are a disgrace and there is no need for anyone to think; that is unacceptable. We’re going to shut them down and work with whoever it is to shut them down, and they should be prosecuted.”

Now, maybe being still somewhat of a foreigner, foreign at least to the ways of some of the more ignorant groups of Americans, Mr. Slavo takes this a little too, well, not seriously, but takes them as the words of a serious person.

So much for free speech. The thought police are here and trying desperately to make things worse for us than they were for those living in the Soviet Union. The slaves can’t make fun of the masters without punishment. This is the future of the democrat party. Moving to prosecute people for voicing their opinions and making jokes is dangerous and it’s a slippery slope. Not only that but it’s arbitrary. Who gets to decide what qualifies as “being made jun of?” Is calling Hillary’s pantsuit ugly now aginst a law and those who say so are going to spend time in jail? Welcome to the new USSA, where democrats are actively attempting to kill free speech.

Well, it could go that way, Mac, don't get me wrong. However, these are not the words of some shrewd evil Kommissar of the old East Bloc. These are the words of an black American errand girl sent by Broward County grocery clerks. All involved are too stupid to even understand the implications of what Mrs. Wilson spouted off. Do you think this lady has ever read, much less UNDERSTOOD Amendment I of the US Constitution? You're killing me, Sal errr, Mac!

Now there are evil people behind the scenes who just love this stuff and encourage it, but the words out of this south Florida Congresstard are like poo flung from a gorilla. She's pissed, she may bare her teeth even, but all that 1st Amendment stuff one may want to bring up to argue with her on this stupidity would just fly over her Dollar Tree cowboy hat. No, you really have to get to the source to deal with the Orwellian stupidity.

** I used to read this, what was solely a prepper site, back 5-10 years ago. Back than Mr. Slavo's English was what you expect of a recent East-Bloc (he came for Yugoslavia and experience the Balkans wars - somewhat East-Bloc, right?) immigrant who couldn't afford spell and grammar check. It was cute for a while, and maybe added some realism. I guess, he either got a writer or editor, learned to edit himself, or it was all an act before, because he seems to magically have gotten much better at English. Now there are ads all over the site, and he's got many more of these purely political articles (the latter in the same mode as the change in Zerohedge). I think he's trying to emulate Zerohedge. I'll have to visit SHTF-Plan more regularly.

Moderator
PS: Not half bad. I am glad to hear from you.
kikz
PS... gorilla cookies indeed!
hope ya'll've had a nice 4th :)