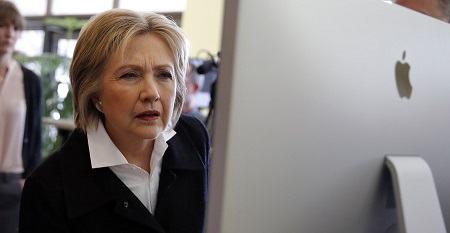 It's been an absolute pleasure not having to have written any posts about the Hildabeast in, well, let's see, in passing 2 1/2 months ago and then a whole nother year prior for the previous one. We'd rather not hear anything more about this candidate-for-antiChrist till after the Peak of Stupidity and well beyond. Alas, though it's a fairly harmless thing, we hope, there's word that this Queen of Email Forwards will be speaking as an expert at this fall's FireEye cybersecurity conference.

This is from the link above to Russia Today (yep, Pravda is more of an American thing now):

Clinton will deliver a keynote speech ...

... at the cybersec summit in October, organized by the security firm FireEye. After her speech, Clinton will take part in a Q&A discussion with FireEye CEO Kevin Mandia on the “geopolitical landscape and its implications for global cyber security today.”

After the long-winded speech by this blowhard about how (let me guess) women should be more represented in the field of cybersecurity, so long as there will be no math ... so they need to get rid of some of the math ... and Trump sucks (aaah, crap, if I agree with the Hildabeast will I go straight to hell? I'd like to at least collect my 200 dollars*...), uhh, then let's see... Oh, we will be taught about the geopolitical landscape, after the Krispy Kreme donut break, I sure hope.

I guess the former Secretary of State knows the geopolitical landscape that's left after blowing countries all to hell in the Middle East for, what again? Still, what does she know about cybersecurity? Does she even remember how to wipe a hard drive clean with a damp cloth and some isopropyl alcohol? Where'd she put that server anyway? No one's ever found it but the Russians. You need to write that stuff down in a cute little notepad with Minions on the cover, along with the passwords, and LEAVE IT IN YOUR PURSE, in the same place, so you have it when you need it!**

The Western world is truly comical at this point. If "Peak Stupidity" weren't available, per an Unz commenter, I'd have looked for a variant of "Clown Show" ... HONK, HONK!

I've read a little on cryptography, the Neil Stephenson book Cryptonomicon (great novel, BTW), know a bit about programming, and even slept at a Holiday Inn Express a few nights in a row. One thing I've learned about the area of computer security is that the geeks involved are in it for the creativity and the glory, not mostly to "save the world for Democracy". The people on both sides of the cyber wars, the "white hat" good guy security experts and the "black hat" bad guy hackers are two of the same type. They even switch sides fairly often. Note that Julian Assange and Ed Snowden*** are now white hats, at least to Peak Stupidity, while still being black hats per the US Feral Government.

I'm pretty sure, for the Hildabeast, it's the color of her soul rather than her hat that matters to us. We hope to not have to write another post on this creature for another year or more.

All this talk about white/black hats does remind me of an old magazine though. It's something our mascot above might have read, and Spy vs. Spy was the silly cartoon with said hats: 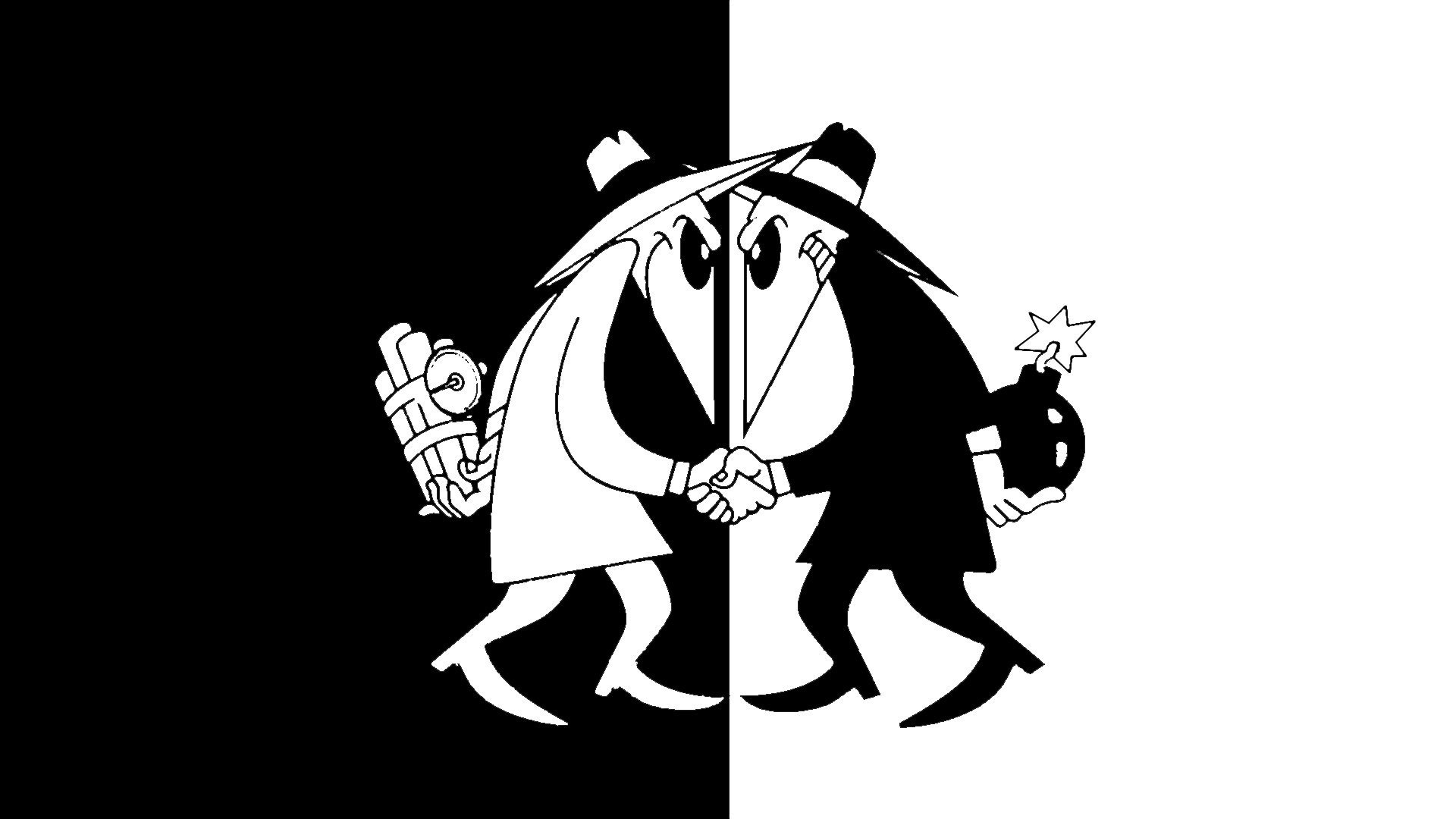 ** We do warn those who follow this protocol to avoid at all costs being the target of a Male-Honeypot operation, a reverse-Honeypot, in this specific case an "Operation Crustypot". For the Hildabeast, we feel she is very secure against such an operation, as no sane Russian will EVER volunteer for a mission like that.

kikz
PS.. MAD. i always lived near SAC-TACs and naval shipyards on the Gulf Coast. during the cold war my location was #10 in the top 10 for inbound ICBM's.. we never worried about.. what would come... after, there wouldn't be an after. :)
kikz
PS... y, it's my understanding from an article a while back, he had a cat................
Moderator
PS: Yeah, only kidding would have made sense about 25 years ago, in a still-sane country.

We had Mad Magazine and then we had MAD, the Mutually Assured Destruction policy with the Soviets. (I actually think the latter was not a bad idea with a sane opponent.)

Did Assange at least have a cat for companionship, during his pretty much solitary confinement inside a building in Ecuador? Is that what you meant about the cat, Kikz?

I'll check out your link later today, as I'll write a short post this morning.
kikz
PS.... y, saw that flash by in the media.. i initially thought.. 'gotcha! only kidding'.. newp.