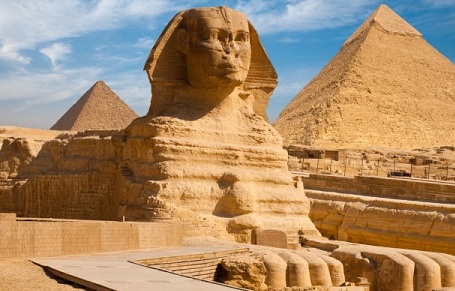 
I am amazed that I have not made a post on this particular bit of political correctness (or historical revisionism*) as of yet in 2 1/2 years! At the same time, as I will point out tomorrow, I'd forgotten that I had already wrote a post on one subject that I promised was upcoming, so ... it's a wash, right?

Today's bit of curmudgeonry involves the politically-correct use of "BCE" for "BC" and "CE" for "AD". The point is obviously to get religious references out of history as much as possible. The dating system we've been using for quite some time, I'd guess, what? 2,019 years or so**, is based on the birth of Jesus Christ. The "BC" stood for, from what I was told "Before Christ", and though the colloquial meaning of "AD" was said to be "After Death" (of Christ, but then what about that 30-odd years of his lifetime, right?), in the correct Latin was "Anno Domini" with a meaning that we used to read all the time on legal documents and such: "In the Year of Our Lord". Doesn't that bring back memories?

Now the deal for labeling years in history is the use of "BCE" (for Before Current Era) instead of "BC" and "CE" (for Current Era.) instead of "AD". What exactly is this "Current Era" about, anyway? This is some not just some anti-religious, but some really stupid, terminology here. Why the change was made is not some crackpot theory by Peak Stupidity, as even Wikipedia, not known to be let too far off the reservation, says:

Terminology that is viewed by some as being more neutral and inclusive of non-Christian people is to call this the Current or Common Era (abbreviated as CE), with the preceding years referred to as Before the Common or Current Era (BCE). Astronomical year numbering and ISO 8601 avoid words or abbreviations related to Christianity, but use the same numbers for AD years.

Hey, Christian people made this calendar, so we really ought to respect them, and not offend their memory so much perhaps, by sticking to the terms they devised.

Anyway, it's been at least 10 years, just going by the age of a few library books that I've already marked up with an ink pen, but the two new and unimproved terms that are benchmarks for dates in the millennia-range have been really pissing me off. I'm kind of glad that not everyone has already gotten with the program of using "BCE" and "CE" instead of "BC" and "AD", as far as I've read. However, for the folks that do though, well, on the web, I can just BACK the browser up, getting the hell off the site, but for books I really have to do something about it. That is, if I have a reason to think that this is possibly the only PC stupidity in them, or else, yeah, back to the library unread.

I'm not kidding - I've been using and ink pen to fix these errors in books that I still end up interested in reading, after I see this crap. I'd rather not have to keep the pen in my hand, so I try to get ahead by a chapter or so, just to make it more pleasant after that. See, "BCE" is EASY. It turns into BCE without any trouble. Turning "CE" into "AD" is a little messier, but that's the price the library's gonna have to pay - it's ain't like they don't have the money, actually MY money.

I could understand if there were a system that would take out the craziness inherent in our historical calendar, with the BC or BCE part, either way. One has to think backwards with those dates. "So and so lived from 414 BC to 368 BC, so he died when he was ... wait... it's history. I was led to believe there would be no math ....". Yeah, of course they had their own calendars, such as they were, back then, that went forward. We are stuck with this, I suppose, as, come to think about it, increasing knowledge of history does move backwards.

** No, you'd think, but "you'd" be wrong. Wikipedia says " ...was devised in 525 by Dionysius Exiguus" (more details there for those interested).

Moderator
PS: Well, along with what you wrote, BC, you do have to pick your battles sometimes. This IS just a small brick in the wall. You can't fight all the small stuff, but this is one I decided pissed me off enough to keep fighting.

For Mr. Blanc, well, first of all, I really think, just as with the expression "Oriental", it's not actually the folks all over the world who really care or get offended, but the SJW ctrl-left crowd right here. They need to be stopped. I am trying to think of an example or two of terminology with religious roots that we all need to use (aviation uses English and French) for example. The problem is that the West created the bulk of all the science and technology over the last 1/2 millennium, so I really can't.

Americans don't seem to mind using the term Karma, for instance, but it's not a term you have to use, such as BC/AD if you study history. The Chinese may be running things soon, but then we still won't run into any examples either for 2 reasons:

1) They aren't really religious at this point.
2) Their technical writing is not based on older cultures or religion anyway, as (one thing I kind of like about their language) they put common words together to make technical terms - instead of a new Chinese word for artery they say "blood pipes", and "phone" is "electronic talk". Cool!

Thanks for the good comment, both.
BernCar
PS: A rational conclusion, MBlanc46, and I have accepted the change with much the same opinion. I understand the motivation of those opposing. Many Christians perceive an increasing disparity between attitudes of political, media and corporate interests toward their religion compared with others; namely, other religions are treated with a proper regard for their sensiblities while Christianity is not accorded the same respect. In that context, the AD vs CE style seems like one more brick in the wall. It's seen as a skirmish in a much larger struggle and they are leery of ceding any more ground. Seen from a distance, BCE and CE, seem like such small things, showing a proper deference for other people and so on, but sometimes the line in the sand is drawn in unlikely places. I feel the same way about some things, just not this one.
MBlanc46
PS I’m going to weigh in on the side of the “correct” view here, although I’m pretty much a reactionary. The West has been so successful in exporting modernity that everyone in the world—the Shintoist Japanese, the Taoist and Confucian Chinese, the Hindu Indians, the Muslims in Southeast Asia, Central Asia, the Middle East, and Africa, the animist Africans—has adopted our system of dating. But they have not all adopted our religion. It’s a small point, but it doesn’t seem too much to ask that they not have to reference our religion when writing dates.